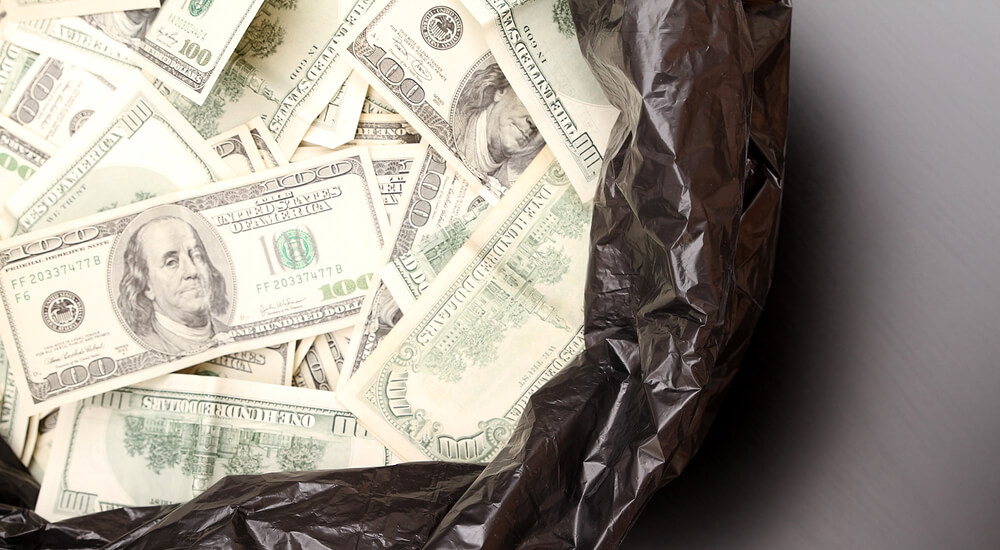 The WSJ revealed today that the United States recently and secretly shipped $400 million to Iran in an unmarked cargo plane.

The cash was Swiss francs, Euros and their ilk — not in U.S. dollars.  The Obama Administration today claims America owed it to Iran for — reasons not made clear.  It’s also unclear why the sum was paid in cash rather than by normal electronic means.  Perhaps just a gift to a friend?  Oops, Iran is not our friend and its leaders often chant “Death To America”.  Perhaps it was a bribe to get Iran to free several American hostages?  No, of course not; can’t be.  After all,  according to the White House, America doesn’t pay ransoms for hostages.  Or perhaps just a simple a bribe to get Iran to accept come to terms on an insincere nuclear that Obama needs for his legacy?  Oops the United States doesn’t pay bribes.  Perhaps it was just a gift to friendly mullahs?  While we held our breath and prayed that Iran would somehow reciprocate by releasing a few hostages or coming back to the nuclear negotiation table so that Obama can get his nuke deal.  Yep, that’s the ticket:  It was just a gift.  And we always get such a great deals with Iran!  Really?

How dumb does Barry think we are?

Despite Reagan nearly getting impeached for doing something similar on a much smaller scale, Obama is this generation’s Golden Child — permitted to do almost anything without fear of of how dumb or dangerous it may be to our nation and its citizens, especially those abroad.