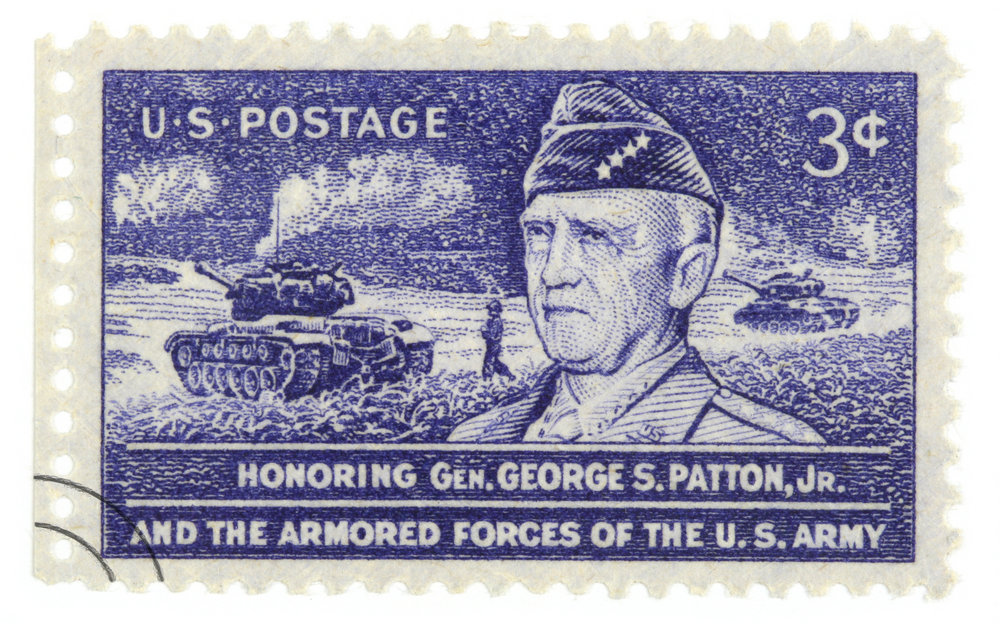 The movie “Patton” was and is a very popular movie as it demonstrates the character of a man who was dedicated to his profession ,was talented , competent in waging battles  and was full of a single purpose composed of winning at war. Likewise “Song of the South” was a beloved story for those of sufficient age to have experienced the happy adventures of Uncle Remus and his stories about the “critters’. You can buy “Patton” in may formats and see it on cable once or twice a week.  You can only get bootleg copies of “Song of the South”.

The reason Disney put the kibosh on “Song of the South” was due to the intimidation tactics that convinced Disney that they were politically incorrect as “Song of the South” showed slaves living as they did in the old South.  Now “Gone with the Wind” also displayed slavery but was never blackballed.  And “Patton” shows a man with a black orderly during a period when the draft was in effect which means men were essentially undergoing slavery during this era also.

This demonstrates the foolishness of buying into nonsense.  If Disney consistently believed a portrayal of black servitude was detrimental to their image they would openly condemn all historical portrayals of slavery.  They haven’t and they won’t.  In this day of naturalism where historical accuracy is lauded I find it surprising that displaying what was could ever be self censored.  There was no mockery of the characters in “Song of the South”.  A beloved story teller that brought his imagination to life in a period of history where a happy attitude was sorely needed seems to be a poor reason to attempt to depict the movie as racist or demeaning.  It would be analogous to condemning “Patton” because of his orderly which  could be construed as demeaning.

The people who exiled “Song of the South’ were cowards.  They tossed out a classic film because they had no intellectual fortitude to denounce what they were being accused of.  In true timid corporate fashion they caved in to pressure instead of standing on principle.  The makers and actors of ‘Song of the South’ had done nothing wrong but provide wholesome entertainment to thousands of children.  But the “politically correct “ critics badgered and condemned without validity and the wimps caved in to their wishes.

What did these critics achieve?  There are still movies ( very popular I might add ) that project black people in less that desirable situations ( such as Virgil Tibbs in “ Heat of the Night”) where a segregated bigoted south is the background.  “Mississippi Burning” also tells of the hate and prejudice in the South.  But a film that shows an entertaining black storyteller visually creating such lovable characters as “Brer Rabbit” and Brer’ Bear and the lessons derived from their antics is termed taboo.  The effort , talent and creativity that went into “Song of the South” was all trashed by those who couldn’t see what a magnificent production they had.  In view of what is offered today in the world of film , most noticeably by Disney, there is nothing but mini shots of “action”, dull songs, plotless animation and in short a depiction of a corporate character that would let the good disappear for mediocre mush.

Although “Song of the South” is not legally available in the U.S., we still have “Patton” to remind us what courage and determination can accomplish.  With the rush to revive the peacenik culture it probably won’t be long before “Patton” too will fall into the annals of the politically incorrect.  And what will we have to replace it?  Pseudo science via frustrated defeated presidential candidates?  The gossip surrounding the missing underwear of a psycho?  Where will the poll saturated media take us next?

Just as Congress is reluctant to review its past mistakes and get out of the business of parasitical redistribution, producers of films such as Disney need to review where they’ve been and in the true spirit of honoring the creative genius of Walt Disney point to their past achievements with pride and disavow the mistakes they made in a frenzy of avoiding a controversy which had no merit. No man or corporation should be beholdened to the mistakes of the past and should certainly remedy those mistakes by recanting poor decisions. “Patton” in the movie displayed this virtue.  Will that be the basis for eventual denigration of that film?

When you watch the current tripe on television remember there was a time when the “magic” of Disney commanded the imagination of practically every child in America.  From a dedicated genius whose life centered around a vision of “magic” we saw the demise of his organization to a “two bit try what you can get away with” corporate mentality willing to bow to critics in the same way the media bows to polls.  The corpse of “Song of the South’ needs to be exhumed and an autopsy performed .  The foul play must be discovered and exposed.  It can never rest in peace in the shameless disavowal it experienced.  And “Patton” must never be accepted as ‘ that old war horse” when appraisals of great films are aired. George C.Scott played one, he cannot be relegated to that metaphorical dust bin.

“Song of the South” was as much about slavery as “Patton”.  Those who saw either film and came to such a conclusion did not see what glory there can be in an individual character whether it is an entertaining slave or a raucous military hero.  “Uncle Remus” was a giant in his culture as was “Patton” in his.  And neither should be diminished by those who can only find fault ( perceived by them).  The world has not been made better by the “don’t offend” philosophy of the politically correct advocates.  They have exorcised good for the bland “inoffensive ( in their eyes ).  It is time they swallowed the bitter pill they have been throwing in our soup and I hope they choke on it.  What they have wrought can be viewed on the multitudes of channels with nothing to watch.  How repulsive is that?  You tell me.