The CIA, War with Russia, and the Time for Protest 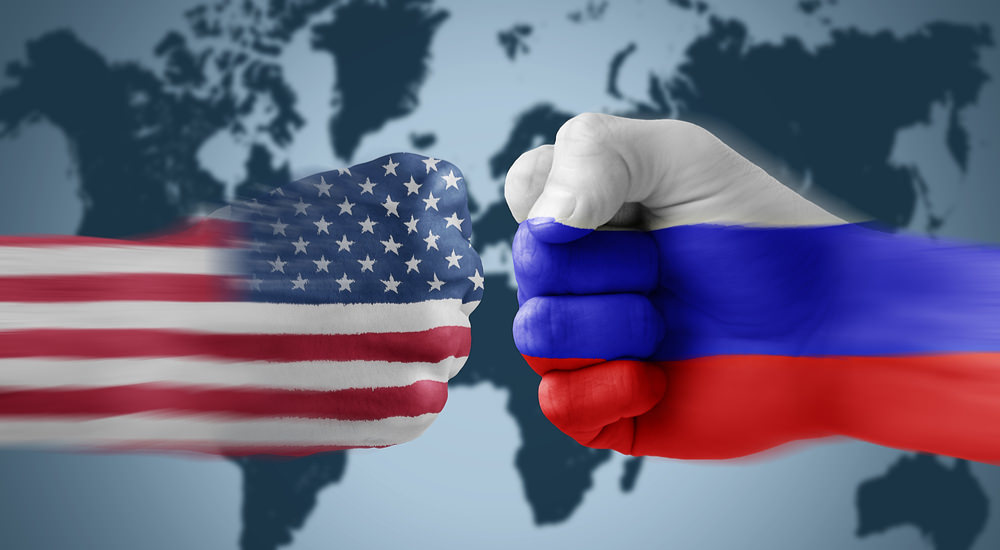 As the NATO juggernaut directed by a U.S. NeoCon foreign policy marches towards a nuclear confrontation with Russia, the American public is being manipulated to accept that Foggy Bottom knows best. Even under the placid Obama regime, the chicken hawks are able to restart a new cold war that is getting hotter by the moment. The singular opportunity to forge a lasting peace after the fall of the Soviet Union has been squandered by the globalists, who lust after their only superpower status. Well, the time is approaching for payback. Only God can prevent the annihilation from WWIII, since Dr. Strangelove has the code for the nukes and the culture that permeates military planning actually believes that a nuclear war can be won.

This is the context that underpins the cry for citizens to demonstrate their trusting patriotism in an ongoing internationalist regime that seeks a permanent empire.

When George Washington spoke of patriotism as “It may be laid down as a primary position, and the basis of our system, that every Citizen who enjoys the protection of a Free Government, owes not only a proportion of his property, but even of his personal services to the defense of it”, it is unimaginable that he would see current administrations as the embodiment of a Free Government, or that citizens have a moral obligation to defend an aggressive interventionist imperia that is endangering the survival of the entire planet.

Honest Conservatives reject Neo Conservatism as a perversion of true national interests. The irony that an internationalist like Teddy Roosevelt would be lionized as a great patriot is attributed to his strong persona, while ignoring the consequences of his entanglement policies. His carrying of a “Big Stick” set the stage for the 21th century of using a blunt club.

What exactly is patriotic about sending generations of youth, to be used as cannon fodder, for the sole purpose and benefit of global elites, who really rule our country?  When TR says: “Patriotism means to stand by the country” has become a meaningless viewpoint, since the control of the government is in foreign hands that have destroyed all semblance of what once existed as OUR Country.

Popular public polls always provide higher support for the President than for legislators in Congress. Because of no small measure, the House and Senate have abdicated their constitutional duties in foreign policy since the Korean War. Leaving to the executive branch the full weight of determining relations with foreign nations has allowed the decisive influence to be concentrated in the State Department establishment.

While the military-industrial-security-complex and the intelligent community agencies are the dominant power behind the globalist policy, the treasonous elites and foreign Banksters who control the strings are the only benefactors after the body count is compiled.

Under this set of circumstances, what actual duty does a loyal American have to do the bidding of a corrupt and illegitimate government? Do you believe that George Washington fought the Revolution to allow the City of London to rule over the foreign policies of our own country?

Even though the last two centuries have decidedly been influenced if not totally compromised by foreign agents, especially those among the Rothschild central banking cabal, the final responsibility for the loss of our country lies with the American people.

Americans have seldom exemplified a burning desire to understand the truth. Most are content to believe that their leaders are good men and women and have the best interests of the nation as their goal. The fact that such a myth bears little resemblance with reality never gets through to the flag flying households that proudly display their Love It or Leave It bumper stickers.

Their uncritical and all consuming Patriotism is a false and destructive sentiment. By allowing the mass media manipulation and distorted historical lessons to be accepted as mainstream culture, the forces of global dominance are able to achieve their worldwide governance.

Now this assessment is disturbing to many people and the bearer of the message risks becoming ostracized from polite society. Yet, such a reaction does not refute the accuracy of the argument.

What can or should a responsible citizen do to prevent the systematic betrayal of our country and the even more important, what can be done to stop the madness of NATO’s belligerency?  The Russian Federation under Putin is not the same threat of the Soviet Union of Lenin or Stalin.

The practice of civil disobedience is most closely associated with fringe or radical dissenters. Ever since the demonstrations of burning draft cards and wearing the stars and stripes as bandanas of the Viet Nam era, the silent and moral majority became distrustful of protests. Nonetheless, the public display of discontent has influenced the body politick more than voting between bi-partisan clones of the same established order.

Every rational person instinctively understands that money interests exert the primacy influence over public policy. Laws are administered and enforced according to the legal judiciary that operates, not as an arbitrator or adjudicator for justice, but as a protector of the patrician system.

Defiance has a charm about the image that movies exemplify, but little support when it comes down to popular engagement. The Henry David Thoreau of Philosophy may be discussed in conversation, but is seldom practiced in ordinary life decision. People have surrendered their courage to confront governmental abuses. As the docility of personality becomes the normal standard for the “Political Correct” culture, government is emboldened to discard the public opinion that differs with official policy.

Taking to the street is seen in Europe frequently, even if it not reported on the nightly news. In the Brian Williams version of embellishment, the civilian receptor of perpetual war propaganda is blinded by the non news in order to accept the phony narrative. As the latest “Wag the Dog” episode of this year’s “War on Terror” play for the crowd, the ISIL miniseries gets overshadowed in the rating with the Ukraine designer conflict.

Those who believe the sirens sounds from the triplets – Jen Psaki, Marie Harf and “Big NeoCon Mama” Victoria Nuland over at the State Department, are the most pathetic patriot impostors imaginable. Lost in the spin is that the State Department was an eager participant behind the Ukraine coup d’etat.

However, public apathy persists that the notion of spontaneous civil disobedience combustion is totally absent from public consciousness. With the susceptibility of simulated patriotic appeals, the swayable dullards will demand retaliation after the next cover-up deception is triggered.

In a social order where it is impossible to throw out the bums in elections and courts will not follow the constitution, the lonely protestor has few options. Civil disobedience may not be popular in a psychologically induced environment, but denial is never a positive choice when tyranny is the official mode of rule.

With the announcement that Israeli’s Benjamin Netanyahu’s March 3 speech to Congress, the stakes are dramatically raised to eliminate Syria and Iran as a threat to the greater Zionist state and worse yet, to marginalize Russia and demonize Putin as a devil incarnate.

When the media cheerleaders do their usual genuflections for Bibi’s call to arms, the rest of us are being used as bargaining chips to force a total capitulation or face nuclear destruction. If this is not an overwhelming reason to call for our own government to stand down, what would be? Threats from Israel that they will use their nukes against anyone who defies their demands, illustrates, who the real belligerent is in the region.

The upside down nature of the authentic patriotism and what passes as a blank check for brinkmanship madness should be clear to even the least informed. Still, the inevitable responses to those, who demonstrate or employ protest with civil disobedience, are put up as enemies of the state.

These are times for sober reflection. Dispel the manufactured and false flag crisis and concentrate on the bona fide threats that reside within our own shores. Fifth column subversives have assumed key position within the government. Their loyalty to causes or countries other than our own is a core factor in the insecurity that prevails.

If civil disobedience is not your cup of tea, start digging your bomb shelter. The odds that our Congressional Representatives will grow a backbone are remote. Presidents view themselves as the most powerful and supreme leader of the world as opposed to an American servant.

Dissent is the true patriotism when it is focused on eliminating despotism and restoring our foreign policy in keeping with George Washington’s Farewell Address. If you really love your country, put an end to the gunboat armadas of the TR mentality and follow the lead of the father of your country.

Americans need to mature and grow-up. The dangerous world we live in was created largely because of the militarized intervention of the imperial U.S. Empire. Drawing lines in the sands of the Middle East is only superseded in pushing Russia to accept Ukraine to become a NATO member.