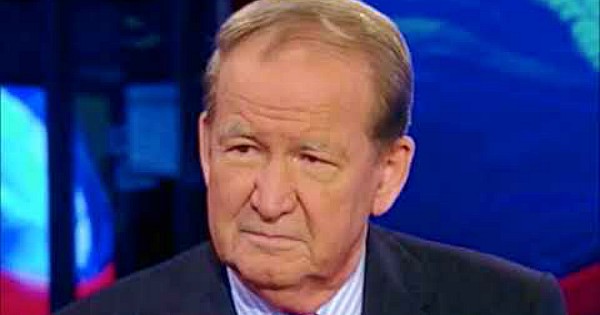 Speaking for myself and a number of fellow Jews:  Patrick Buchanan was a major reason for Jews to align themselves with the Democratic Party.

Those who defend Pat Buchanan are defending an antisemite. That’s the opinion of Donald Trump, in a 1999 essay entitled “Cause for Alarm: Pat Buchanan’s Views on Hitler”. You can find it on GOOGLE.

“Jewish Life
From the J. Archive

By J. Staff | September 6, 2017
J. published this op-ed by Donald Trump, then a presidential candidate with the Reform party, on

Cause for alarm: Pat Buchanan’s views on Hitler

“Patrick J. Buchanan has publicly stated that my view of Adolf Hitler and America’s role in World War II is wrong.

My view is very straightforward. Adolf Hitler was our enemy. He was a threat to humanity in general and the United States in particular.

Buchanan believes otherwise. History and the souls of Hitler’s victims condemn his every word, as do I. Yet I will say this — although he has not taught us anything about history, Buchanan has once again told us a great deal about himself. It’s time America learned the lesson of who Buchanan really is.

Buchanan is not calling all his critics on the carpet — quite the contrary. He has singled me out because I was the first person to blow the whistle on his revisionist ranting.

While it took some Republican presidential candidates four days to locate their sense of outrage — and George W. Bush has yet to locate his — it took me only minutes to issue my very first public denunciation. I responded quickly and forcefully for this reason: Unlike most politicians and pundits, I believe it’s time to stop patting Pat on the head and dismissing him as a good-hearted eccentric. It’s time to start taking this man seriously as a threat.

Let me be very clear. The argument I am having with Buchanan is not an academic exercise. Yes, it began with the publication of his latest book, but this dispute quickly moved to the heart of public life.

Buchanan is now arguing his position in the context of a presidential campaign. He is not only seeking to rewrite history but to have his shabby and dangerous views ratified by popular vote. Make no mistake. Those who support Buchanan are complicit in this attack on truth and human dignity.

I have stated that Buchanan winks at barbarism in his new book. There is no other way to describe his views. Buchanan argues that we should have blessed Hitler’s rampage to the east by leaving him alone. He meant us no harm, Buchanan says. The same man who argued forcefully — and, in my opinion, correctly — that we should not have given an inch during the Cold War now says Hitler should have been appeased.

The barbarity of this position is breathtaking, for Buchanan is arguing that Hitler should have had a free hand to kill millions of Jews, Catholics, Gypsies and anyone else who stood in his way. We have no choice but to assume that had Buchanan been president, he would have given Hitler a free pass to wage uncontested war on defenseless civilian populations.

We must also assume that he would have conducted his policy with the belief that Hitler had no ill will toward the United States. He would have been our version of Neville Chamberlain.

I like what the great historian Stephen Ambrose has said about Buchanan’s ideas: They’re so wrong that a person who sets out to correct them doesn’t know where to start. Not only did Hitler declare war on us — an interesting way to conduct a hands-off policy — he ordered the creation of a fleet of warships and bombers that would allow him to take his war to America’s cities. Surely Buchanan doesn’t believe that Hitler’s Amerika bomber was envisioned for any other reason than to slaughter the U.S. population. Surely he is aware of the damage U-boats did to U.S. shipping immediately off the East Coast.

But there is a larger issue at work here. Buchanan has enjoyed a long psychic friendship with Hitler, whom he has called “a man of uncommon courage, a soldier’s soldier and a leader steeped in European history.”

He argues that the gas chambers at Hitler’s Treblinka could not have actually killed Jews. He has gone to great lengths attempting to technically clear war criminals. And he has complained that Jews are obsessed with the Holocaust.

Yes, the man who praises Hitler for being “steeped in European history” accuses Jews who are steeped in their history of engaging in “group fantasies of martyrdom.” Public discourse in this country doesn’t get any uglier than that.

But Buchanan tries. He also warns his followers that the United States is controlled by Jews, especially regarding foreign policy. On slow days, he attacks gays, immigrants, welfare recipients, even Zulus. When cornered, he says he’s misunderstood. But the fact is that he has a dead serious purpose, and one purpose only: To gain political power. That makes him a very dangerous man.

Unfortunately, Buchanan is very much with us. He has remained a major media presence throughout these scandals and has high hopes of hijacking the Reform Party presidential nomination. He has struck out with the Republican Party and is now grasping desperately for a new political vehicle — and its $12 million in campaign funds.

I will do all in my power to see that his hijacking does not succeed. I won’t stand idly by as Buchanan promotes his dangerous ideas. Others have already fallen silent but silence is not an option. There is far too much at stake.”