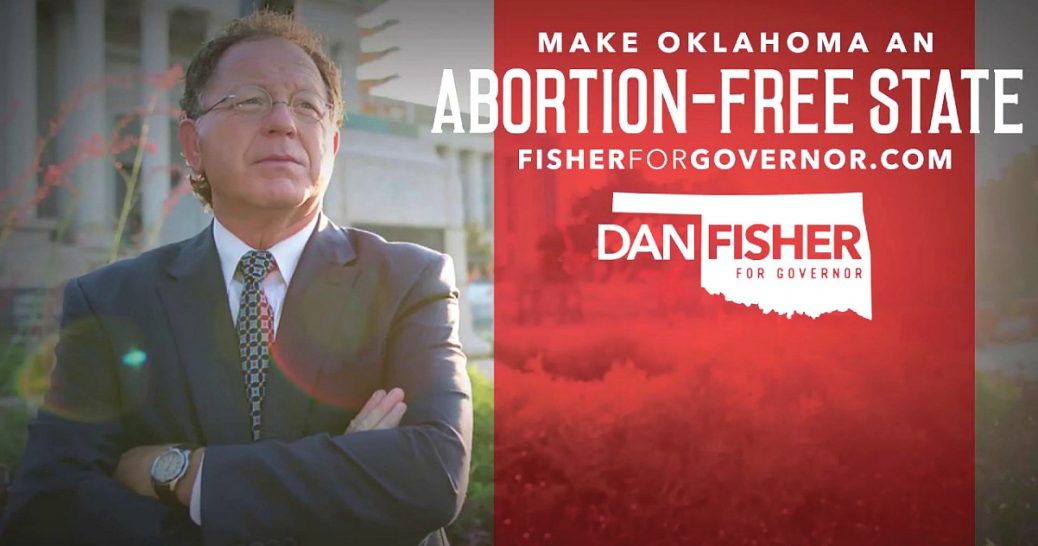 Oklahoma may be about to become the cultural center of America; and possibly the entire Western world.

What?  OKies from Muscogee are going to make Oklahoma the cultural center of the nation?

Pastor Dan Fisher is trying to win the Republican nomination for governor in Oklahoma’s June 26 primary election.  If this was California, the campaign would be a joke.  But no one in OK is laughing.

Fisher is presenting himself as, among other things, an anti-abortion candidate.  In OK, this would seem to be no big deal.  Every Republican gubernatorial (rhymes with goobernatorial) candidate is pro-life, as is the current Governor.  However, Fisher has condemned the Pro-Lifers as “abortion regulators.”  His point is that after decades of pro-life victories in OK, abortion is still thriving.  So he is running as an ”abolitionist.”  Criminalize abortion in OK.  It is murder.  End it.  Period.

He would seem to have about as much chance of winning a nomination as Donald Trump did in June of 2015.  And therein lays the establishment-feared possibility.

It is hard for me to imagine the money and hatred that will be pouring into OK if Dan Fisher wins the nomination.  Already he is being attacked by Right Wing Watch and People for the American Way, national leftist organizations.  OK may become the center of attention of the nation.

There’s a lot to the man; knowledgeable, widely experienced (teacher, pastor, legislator), articulate, fearless and dangerous.  The only establishment politicians in OK that do not fear him are those who do not know him, and there are none of those.

Here is a link to his website, with some great videos.