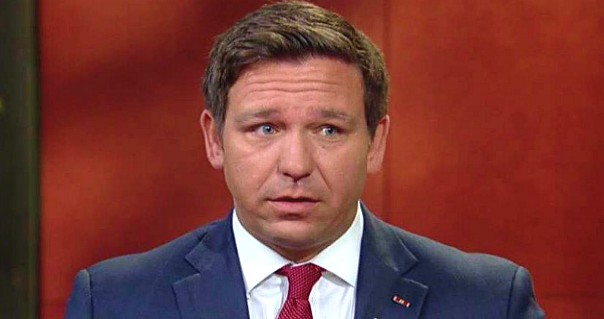 In an Oct. 23 article, reporter Eric Garcia claimed that Clarence Thomas met with DeSantis on June 23, the day before the SCOTUS handed down its decision to repeal the federal protection for the “right” to choose an abortion.

But alert readers realized that the June 23 meeting between Justice Thomas and Gov. DeSantis actually occurred in June of 2021 while the Roe decision was revealed in 2022, meaning a year had passed between the events, not a day.

It is hard to say why it would have been important if the reporter hadn’t screwed up the dates of these two events, but it is clear that he was trying to make it seem as there was some sort of illicit collusion going on.

It was an attempt to smear both Thomas and DeSantis. But it went horribly wrong for the biased “reporter” when everyone realized how badly he screwed up the story.

For his part, Garcia was thoroughly embarrassed by his failed gotcha.

“I am legitimately so sorry,” he said on Twitter. “I was not trying to mislead. I am legitimately embarrassed and humiliated. I never wanted to do anything malicious. I am so apologetic. I should have double-checked the dates.”

I am legitimately so sorry. I was not trying to mislead. I am legitimately embarrassed and humiliated. I never wanted to do anything malicious. I am so apologetic. I should have double-checked the dates. https://t.co/bDoYdUYGtF

The paper later retracted the story and deleted it from its website.