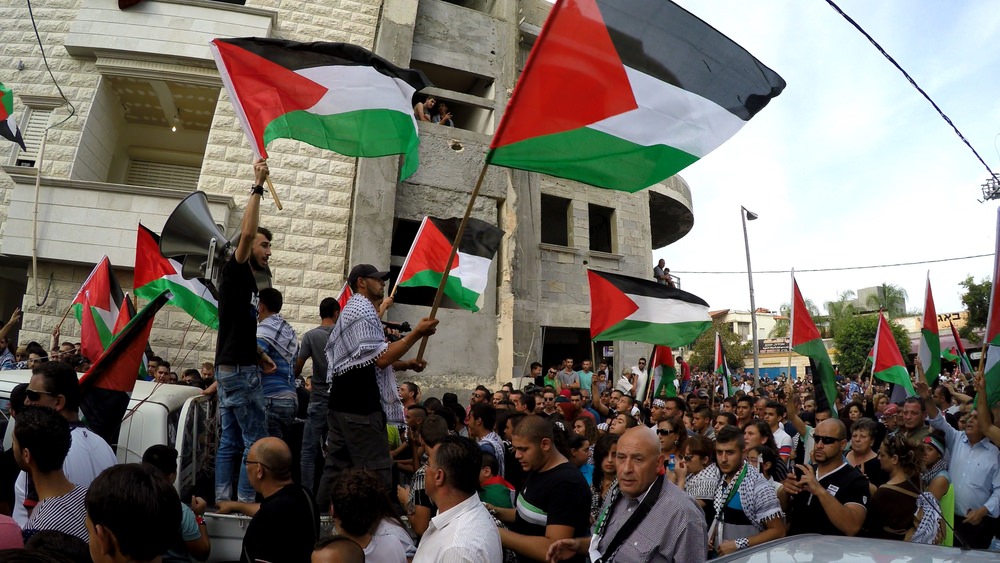 Much is made by Islamists and those who uncritically bestow benevolence upon ‘Palestinians’, of the current land being the ageless possession of the Arab population. (I wrote about this elsewhere some years ago, but the matter is more urgent today). The issue is used to call Israel an ‘occupier’, but it is a myth that even seduces the UN as well as countless ignorant journalists and western governments.

The idea that Israeli Jews ‘stole’ the land is absurd, but no-one cares to examine the facts (in many cases Jews bought land legitimately from Arabs). PA President Mahmoud Abbas made a claim in a recent speech (PA TV, Mar. 21, 2016, PMW Bulletin, and reported in Palestinian Media Watch, June 6, 2016, but the facts are found in serious history research documents well before this). He said:

The trouble is, the Bible does not say that! Abraham lived in a very fluid world when people moved about and few felt they were ‘indigenous’ to any one place. Rulers of the Middle East were many and varied, so ownership of any land was also varied. In addition, it was a son of Abraham, Ishmael, who was the father of modern day Arabs. And, dare I say it – the Bible lists Ishmael as subservient to the ‘legitimate’ son of Abraham, Isaac, one of the fathers of Israel! Ishmael mocked the birth of Isaac (just as Arabs mock the Jews today) and God prophesied that the two sons and their descendants would become perpetual enemies (Arab versus Jews/Israel).

That Abbas should quote the Bible as a support for his murderous ‘Palestinian’ regime is rather strange, not only because his understanding of the Bible is personalised and not accurate, but also because the claim that Jews ‘stole’ the land is a falsity.

Indigenous People – but Whose Descendants?

No doubt SOME of the Arabs in ‘Palestine’ are indigenous descendants, but, look at the peoples of Britain. In no way are most people who live in Britain today descendants of indigenous races. If we look at the history of the land since, say, the time of the Roman invasion, the actual races who ‘owned’ the land have been quite different, with most coming from across the sea from European countries, which, themselves, were taken over in their turn by other peoples. The same can be said for ‘Palestine’ which, at the time of Abraham and earlier, was ruled by a wide range of peoples who all had their own petty kings and princes. So, the idea that modern ‘Palestine’ (remember – it is not designated as a true country) has always belonged to an indigenous group of Arabs is a fallacy.

In reality, the land has been filled by many tribes from all over the whole Middle East, Africa, Egypt, Europe, etc., and few were Arabs. This means that few Arabs in ‘Palestine’ today can trace their lineage back for more than a century or so. By contrast, the Jews generally have a rock-solid lineage in the case of most families, especially those whose line goes back to king David (see my other articles on this).

The Words of Ziff

William B Ziff wrote a very interesting historical analysis of the land many now call ‘Palestine’, a land that is more akin to multi-source soup than to pure ingredients.

Note what he said about this ‘soup’ (See also, Daniel Pipes, “The 11th-Encyclopaedia Britannica on Who Is a Palestinian,” Lion’s Den: Daniel Pipes Blog, July 31, 2016)…

“It was always the foreign soldier who was the police power in Palestine. The Tulunides brought in Turks and Negroes. The Fatamids introduced Berbers, Slavs, Greeks, Kurds, and mercenaries of all kinds. The Mamelukes imported legions of Georgians and Circassians. Each monarch for his personal safety relied on great levies of slave warriors. Saladin, hard-pressed by the Crusaders, received one hundred and fifty thousand Persians who were given lands in Galilee and the Sidon district for their services.

The truth about the ‘families’ of modern ‘Palestine’, then, is not so supportive of Abbas’ rather naïve/lying claims. Furthermore:

“In the fourteenth century, drought caused the immigration into Palestine of eighteen thousand “tents” of Yurate Tartars from the Euphrates. Soon followed twenty thousand Ashiri under Gaza, and four thousand Mongols under Moulai, who occupied the Jordan Valley and settled from Jerusalem south. Kaisaite and Yemenite tribes followed in their trail. …”

“In 1830 the Albanian conqueror Mehemet [Muhammad] Ali colonized Jaffa, Nablus, and Beisan with Egyptian soldiers and their Sudanese allies. Fourteen years later, Lynch estimated the thirteen thousand inhabitants of Jaffa to be composed of eight thousand Turco-Egyptians, four thousand Greeks and Armenians, and one thousand Jews and Maronites and Albanians. He did not consider that there were any Arabs at all in that city.” (Ziff, The Rape of Palestine, pp. 368-9). But, there were said to be NO Arabs! The Arabs did not come along until later, and they were descendants of Egyptians and Ethiopians!

Arabs WANTED to Live in Palestine, BECAUSE of Jews

The majority of Arabs in pre-Mandate times were attracted to the area not by Arabs, but by the economic condition the Jews constructed. In 1934 alone, Jews invested a staggering £10 million in the area. Suddenly, as Arabs discovered the wealth they could accrue because of Jewish investment, many entered the once barren deserts, grateful for their increase in living standards (Ziff, pp 178-9). That is why the area became a magnet for Arabs, and why all areas in ‘Palestine’ are now Arab-rich in numbers. But, it was not always so.

The British barred Jews from the economy and so (illegal) Arabs took their place. In many ways, it is the Arabs who ‘occupy’ ‘Palestine’, NOT the Jews! It was the British who forced Jewish employers to employ Arabs, and not Jews. This caused a big influx, not of local Arabs, but of North Africans and inhabitants of Arabia, leaving their entire villages empty.

Thus, what we had was an overwhelming movement of people from their original homelands, who occupied what belonged to the Jews. “Peters and Avneri describe how the British obstructed Jewish immigration while facilitating or ignoring Arab immigration” (Peters and Avneri, quoted in Middle East Forum). Thus, it was Arabs who took over ‘Palestine’, not Jews. As today, no-one bothered to check Arab passports, but the passports of Jews, prior to and during WW2, were extensively checked and their owners denied entry. Also, as today, Jews strongly argued against the way the British allowed-in thousands of illegal Arabs, whilst denying them entry. Does this sound like ‘Jewish occupation’?

Because of this widespread British scam, Ziff said: “Exasperated by the government’s lack of good faith, which was illicitly converting the Holy Land into an Arab country, groups of courageous Jewish youths volunteered in 1934 to point out what apparently the authorities were unable to see.” They managed to prove, by using spot-checks in 1936, that of 750 workers in ‘Palestine’ ports only 50 were actually Arabs. Modern authors admit that the huge increase in Arab populations “cannot be accounted for by natural growth” (MEForum). This false number game was even reported for the Boston Post by none other than future President Robert Kennedy, in 1948.

Fred Gottheil said, “[F]or Arab Palestinians, the character of their demography is at the heart of their claim to territorial inheritance and national sovereignty. Their contention, seen by them as being beyond dispute, is that Arab Palestinians have deep and timeless roots in that geography and that their own immigration into that geography has at no time been consequential. To challenge that contention, then, is to challenge their self-selected criterion for sovereignty.” The historical facts prove that while Jews were barred from living in ‘Palestine’, Arabs from everywhere, plus many other nationalities, were allowed free access, and THAT is why Arabs/Muslims now inhabit the country. Abbas got it mightily wrong! And the reason ‘Palestine’ enjoys growth is because of the former investments by Jews. It is about time the blindfolded world got to grips with the true history of the Middle East and stopped persecuting the Jews and Israel for such a travesty. The problems in the Middle East will never be solved by liars and history redaction!

(Note: I am grateful to Sheree Roth for her excellent article in meforum.org, Autumn, 2016)