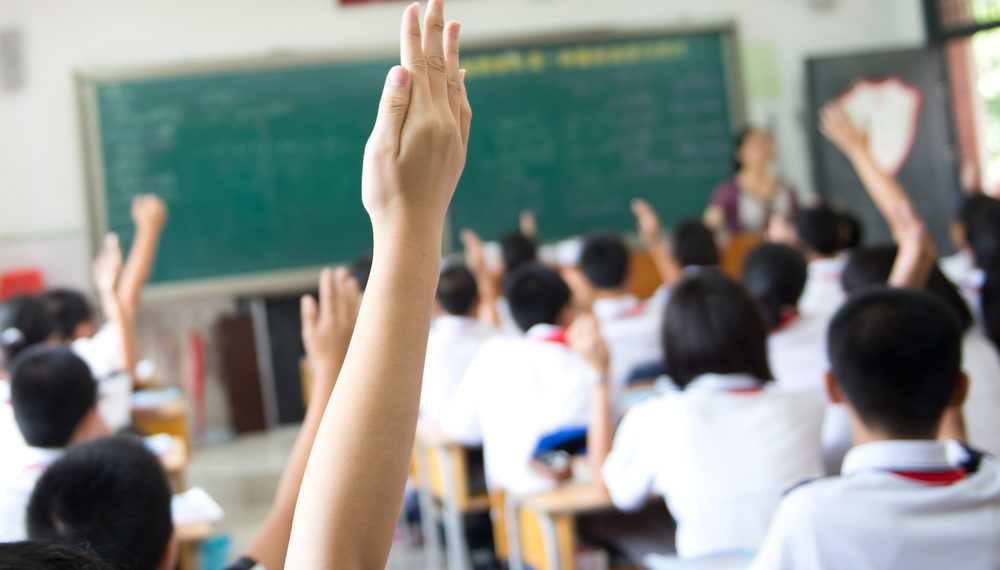 People way over exaggerate the value of education.

In a 6th grade English class, this statement will have at least one red underline, along with teacher’s notes, but it wouldn’t make the statement any less true.

Education is important… but for all the things we blame on the lack of education, crime, drugs, teen pregnancy, institutionalization, war… We are wrong.

But, these things happen anyway. They happen in the most affluent neighborhoods of California, and they happen in the poorest communities of Chicago. And, to all of my most liberal of friends, education is one of the finest fractions of reason.

My kids could be illiterate, even stupid… and still thrive, because education is a privilege, not a necessity.

No, education will not make us better people. There are a LOT of smart criminals out there. Bill Gates was a smart criminal. He made his way, beginning in the 8th grade… breaking into the school computer lab and hacking time in the computer. He began making most of his own self generated wealth by taking the intellectual property of a competitor and making it more desirable, just like Mark Zuckerberg. He didn’t ‘succeed’ because he was educated, he succeeded because he was smart. Chances are your kids, nor mine, will be as ‘successful’ as Bill Gates or Zuck.

We need to stop handing out the crutch of ‘education’ to folks who don’t have legs. They can walk, in the circumstance that they’ve been given. Stop glorifying education. Typically, the most educated men and women throughout history were killed, because they knew too much. Most of the politicians in DC have highly regarded educations… yet we don’t like any of them.

As previously stated, I don’t care if my kids are stupid, as long as they know how to be good, and driven, and content. And, to name their own success. But, I will not allow them to say that because another was more educated that they are worthless or worth less. I refuse to let my children think that they have a good reason to sell drugs, or partake in them. My kids will not be given an ‘ok’ reason to fail.

God made all men, and women, equal. Educators label them by scores and statistics. If my daughter is valedictorian, and never applies her knowledge, it will be a waste.

But, how can she know this? The answer is community. We should demand more from our family than we should from our public schools. We should be spending more time with our neighbors than we do in the car line at 3:00 pm. We should spend more time talking about life, experience, morality, and how to care for themselves and the ones that God has placed around them, than we spend discussing government and what it owes you… or why they can’t succeed. Does anyone really think that if you’re born in a trailer or the ‘hood’ that you cannot succeed? Abraham Lincoln!

If you build community, education will be the bi-product… because the community will care. And, if it doesn’t, then YOU still have work to do.

Quit handing your kids over to street corners and public schools… and the institution. They will never love them as much as you do, and can never teach the truly valuable lessons as good as you can. And, let’s quit giving our kids a reason to doubt themselves, because another has a better education. Nobody knows how to educate your kids as well as you do. Because, every kid wasn’t created to be a scientist. And, that’s ok… No, it’s good.

Personally, I’d much rather my child to aspire to be a great person, friend and father/mother than ‘successful’ by the public’s standard. Great people raise their own children. Great people invent, based on their own dreams. Great people don’t let people around them be anything less than great… for them or for themselves.

My kids are free to be stupid… as long as they don’t behave stupidly. Rosa Parks graduated high school… and Einstein isn’t being placed on the twenty dollar bill. As a matter of fact, he greatly regretted the ‘educated’ work that he did.

Let’s spend more time with our kids and, just as importantly, our neighbors, who, talk with our kids and live out life with our kids, holding them accountable to be people that we hope they would aspire to be, rather than teaching them that they are only as good as teachers taught them to be.

Education never saved a single child, but people do, all the time.