Outrage Rises as U.S. Tampers with French Elections … Not! 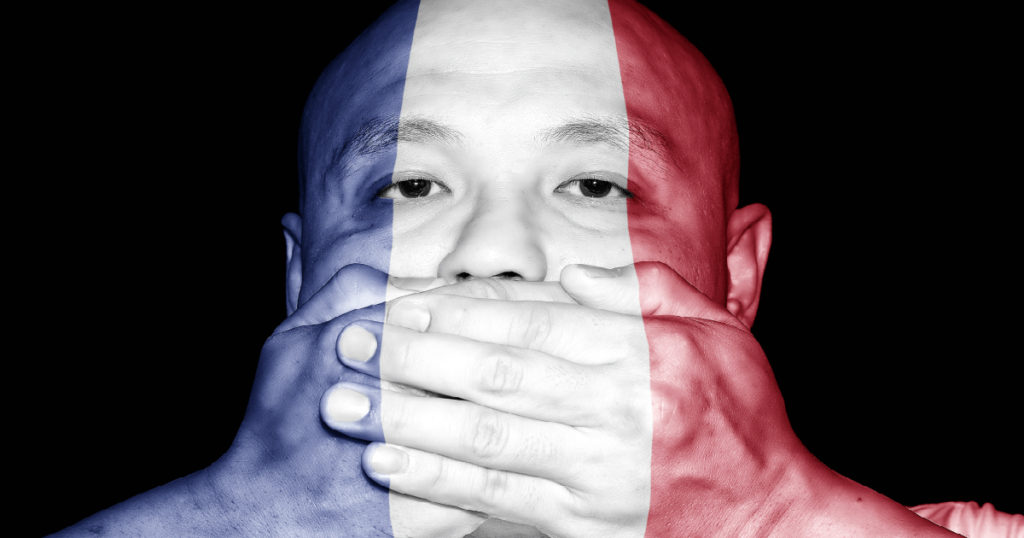 Yesterday, French presidential candidate Emmanuel Macron tweeted video of a telephone call he received from former President Barack Obama. While Obama quickly denied that this was an official endorsement, the intent of his phone call was clear. So, if Macron wins the election, can supporters of his opponent Marine Le Pen whine about American interference in the French election? Did Obama’s phone call undermine democracy in France?

In addition, following yesterday’s terrorist shooting in Paris, this morning President Donald Trump tweeted a veiled endorsement of Le Pen. So, if Le Pen wins, can supporters of Macron whine about American interference in the French election? Did Trump’s tweet undermine French democracy?

For the sake of the argument, what if a member of Macron’s team called up Obama and suggested that it would help their effort if Obama would publicly show their candidate some love. Would this constitute a grand conspiracy to “hack” the French election?

The problem with the Russian “hacking” of the U.S. election charge, besides the fact that it was hysterically latched onto with very little evidence by butthurt Hillary supporters and other NeverTrumpers, is that the allegation that Russia attempted to influence the election in its favor is entirely mundane. So, you’re saying that large powerful countries attempt to sway elections in other countries in their favor? No way! Say it ain’t so!

The charge of Russian “hacking” of the election, which conjures up images of electronic voting machines being tampered with, was always deliberately misleading and inflammatory. What was really being alleged is that Russia attempted to influence our election in their favor. Yeah, and … the U.S. helped foment a coup in Ukraine after the election we attempted to influence didn’t go our way. Obama openly campaigned against Brexit in the U.K. Heck, the U.S. is funding the rebels in Syria in their civil war against the duly elected government. Funding the rebels in a civil war kinda rises above the level of influencing an election don’t ya think?

“Yeah, but RT (Russia Today) broadcasts Russian propaganda!” Ummm… yeah, and have you never heard of the Voice of America?

Where was the outrage from these folks supposedly so offended by foreign meddling in campaigns when we were meddling in Ukraine and Obama was stooging for the EU against Brexit? Where are their calls to defund the Voice of America? Where is the outrage against Obama for his phone call to Macron? You can count on there being outrage about Trump’s tweet but not because of the implied endorsement of Le Pen per se. The outrage will be because he apparently supports the nationalist candidate Le Pen, who is, in the minds of those outraged, a hateful, racist xenophobe because she wants to keep France French. I mean, the nerve of her since the French experiment in multiculturalism is working out so swimmingly for them.

In an ideal world foreign meddling in elections wouldn’t happen and every country would mind its own business, but this is the real world, and it is far from ideal. It is difficult for me to believe that many of the people promoting the Russian election tampering allegation are really outraged at the suggestion of tampering per se. They’re actually outraged that their candidate lost to a political novice reality TV star and can’t come to terms with it. In fact, I suspect that the overlap in the Venn diagram between people who supported U.S. actions in Ukraine and those who are supposedly outraged by alleged Russian meddling is significant. All I ask for is consistency, and enough already with the feigned outrage.