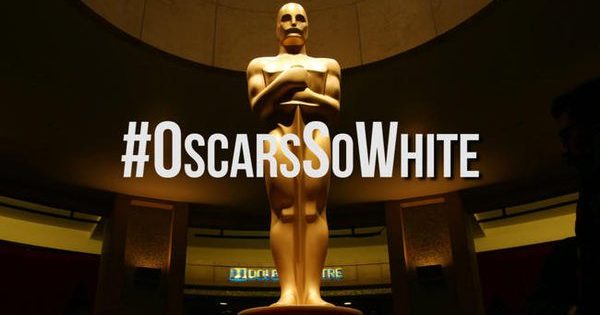 The 89th edition of the Academy Awards air on Sunday, but hardly any of the buzz is centered around the movies.

It seems to be a foregone conclusion that the musical La La Land will be the big winner and thanks to the foreshadowing provided by the Screen Actor’s Guild Awards and the Golden Globes, America will be on the edge of their seats anticipating the next installment of Trump-bashing where we will be reminded about how terrible we are as Americans because we didn’t vote the right way.

But this Oscar ceremony is a little different than the ceremonies of the past two years. Seven people of color are nominated for statues this year as opposed to zero in 2016 and 2015.

“Real progress has been made,” said Cheryl Boone Isaacs, the president of the Academy of Motion Picture Arts and Sciences, at the Feb. 6 Oscar Nominees Luncheon, according to Vanity Fair.

“Progress” has been defined in terms of the lack of minority representation the past two years, a snub that led to the creation of the Twitter hashtag #OscarsSoWhite, an obvious jab that there are too many white people nominated for major awards.

#OscarsSoWhite dominated the feeds of the social justice warriors for two solid years… until this year.

However, we’re left in an odd predicament. The Oscars went from zero minority nominations in two years to a record-setting seven? Is this the first instance of hashtag activism getting a legitimate, measurable result?

Not if you ask Octavia Spencer, one of the minority stars nominated for her role as a NASA mathematician in the film Hidden Figures.

“When you know how movies are made, the explosion of films with people of color is not a reaction to #OscarsSoWhite,” Spencer told Deadline. “The tide has changed, but we still have a ways to go, because they still aren’t inclined to greenlight a movie that’s starring a person of color, without a long list of white box-office people.”

Spencer also went so far as to say that the hashtag couldn’t have had that kind of effect because of the way films are made. Since they take more than a year to make, there’s no way that a hashtag from 2016 could influence the number of minority nominations.

Alright, that’s fair. Movies take a while to make. But did Hollywood make a glut of movies starring minorities in the past two years? Probably not.

Of the top ten movies in 2015 according to Rotten Tomatoes, only two of the ten prominently featured a minority character (Creed & Selma). In 2016? Two again (Moonlight & Arrival).  So we aren’t talking about an increase in roles for minority characters, incidentally increasing their chances of a nomination.

But in 2016, the Los Angeles Times reported that the Academy of Motion Picture Arts and Sciences’ 51-member board of governors implemented “sweeping and historic changes” designed specifically to diversify its membership.

“It’s the right thing to do,” Isaacs told the Times. “We’ve been a more than predominantly white institution for a long time. We thought, we’ve got to change this and reflect the community much better.”

Two years of hashtag activism coupled with boycotts and sweeping changes to the membership and rules of the Oscar’s governing body, and we are to believe that this had literally no effect on the number of minority nominations?

Nope, says Naomie Harris who was nominated for Moonlight this year. “I don’t like the way that they’re used as a response to that. And people are saying, you know, ‘Isn’t it amazing in a year how things have changed as a result of that campaign?’” she said in an interview with New York Magazine. Apparently, she did not like the inference that her nomination was due to constant complaining.

So we are left to ponder: did the Academy throw minorities a bone this year?

I know, how DARE I suggest it?

This is the problem with social justice activism, especially when it comes to things that are traditionally earned on merit. Anything from the Oscars all the way down to affirmative action in college admissions can lead to reasonable doubt. Was it legitimately earned, or was it done to just quell the masses? No one likes seeing picket signs directed at them.

Now the minorities who got their nominations are faced with the inevitable questions about the merit of their achievements. They spent two years screaming from the rooftops and Hollywood seems to have responded with a record-setting year. But now you’re going to puff out your chest and insist that it was earned?

You boycotted the Oscars last year! Jada Pinkett-Smith and Spike Lee (who actually won an Oscar) stayed home last year in protest. Was that a failure? It had no affect?

Spencer even went so far as to offer tips on what to do. “If I look down a list of characters on a film, and it doesn’t have gay, African-American or Latin characters, I’m probably not going to spend my money on the ticket. When we stop supporting things with our dollars that don’t represent all of us, then you’ll see an explosion of diversity.”

Now after all the tweets, boycotts, and wholesale changes to the Academy we’re supposed to celebrate their achievement …. in film?

It’s ironic that the odds-on favorite to win Best Picture is called La La Land,  because that’s where most of these people reside.