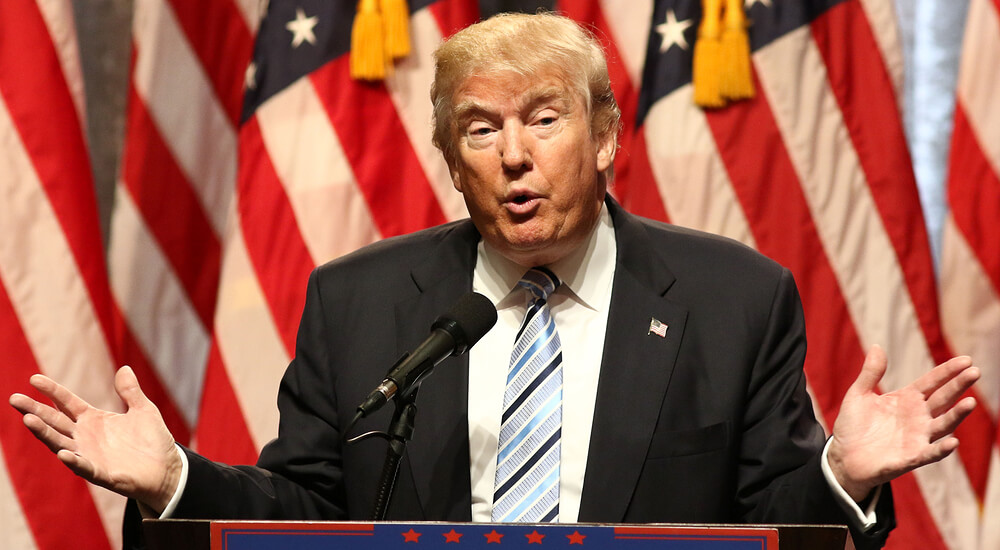 Oh, the irony that I would be forced to defend Trump, a man I believe to be clearly unqualified to hold the office of President of the United States.  But that’s another story.

The truth is the truth, and slander is slander.  The simple truth in this case is that Trump’s proposed ban is not a matter of anti-Muslim animus.  And, the constant repetition of the allegation that Trump is anti-American for wanting a ban on Muslim immigration is just false.

Trump sees what should be obvious to everyone: that we have a problem with Islamic terrorism.  The adjective “Islamic” is the key to understanding his proposed ban on Muslim immigration.  If we had a problem with Italian terrorism, then perhaps Trump would suggest a ban on Italian immigration.  Would banning Italian immigration in that case make Trump anti-American?  Would it mean Trump had anti-Italian animus?  Of course not.

Trump has said repeatedly that his proposed ban has nothing to do with being anti-Muslim.  Rather, it is a simple, reasonable policy conclusion to be drawn from the facts that:

Why is that so hard to understand?

America does not make a habit of targeting religious groups when it makes its immigration decisions.  The targeting of Muslims in making a decision to ban their entry into the country has nothing to do with anti-Muslim animus per se.  It has to do with the fact that, at this time in history, 1 in 4 Muslims harbor terrorist sympathies; and that America cannot be safe when 1 in 4 people who harbor such sympathies comprise a growing portion of the population of the United States; and that additional Muslim immigration means that the number of people harboring terrorist sympathies will increase, thereby increasing the danger that more Americans will be killed in terrorist attacks.

The funny thing about all this, if you think about it, is that Trump’s plan is actually, well, kind of weak.  Banning Muslim immigration can only, at best, help prevent an increase in terrorist attacks in the United States.  The Muslims who already harbor terrorist sympathies and who are already here are not affected by his proposed ban.  The Muslims who will be radicalized at some point in the future, and who will become terrorists, are already here as well.

But at least, we don’t have to add to their numbers.  A ban is therefore completely reasonable at this time.  It’s sort of a bare minimum necessary thing to do at this time.

Whatever his faults, Trump deserves credit for having the courage to state, and to stand by, this unpopular truth.  One may hope that a President Trump would also have courageous plans to deal effectively with those 1 in 4 Muslims already present in the United States, about whom he rightly has said, ““we have no idea who these people are.”

Given the firestorm of opposition to his bare minimum plan for preventing the increase in chances of terrorist attacks on American soil, I guess I will be ok with him keeping any such plans to address the terrorists who are already among us close to his vest at this time…