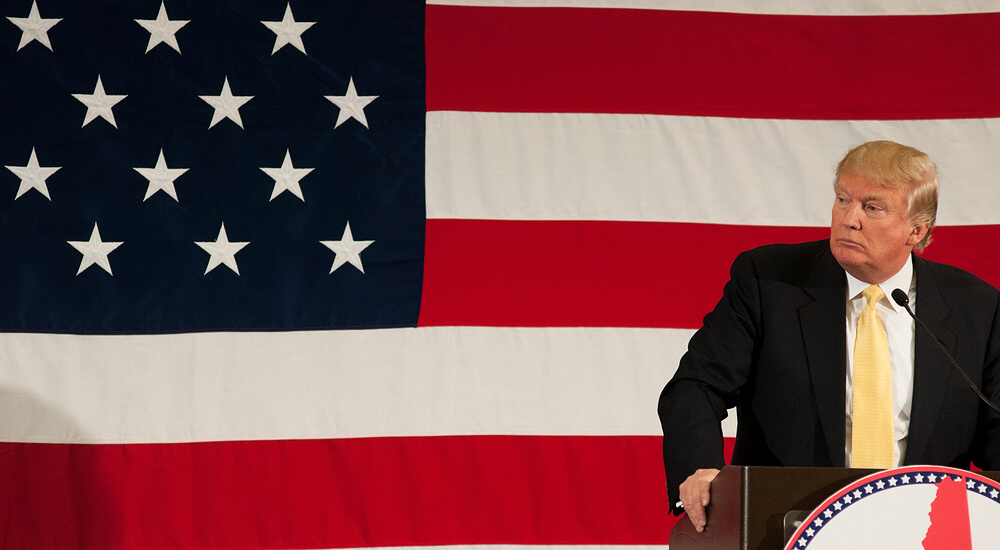 “People have talked about a miracle. I’m hearing about a nightmare.” As election night 2016 transitioned into the late evening hours, Democratic correspondent and former Obama staffer Van Jones, made an emotional plea on live television. His voice sincere and his body language despondent, the next two minutes would deliver a speech which I felt not only visceral, but the embodiment of what this election cycle shows about America; a deeply divided and broken nation.

Jones went on to continue his impassioned speech, speaking right to the heart of what I believe lies before the newly elected commander and chief: division, alienation and fear. Jones would elaborate, “You say that you want to take your country back; you gotta alot of people who feel that we’re not represented well either. But we don’t want to feel that someone has been elected by throwing away some of us to appeal more deeply to others.” Despite his strong win in the electoral college, this is the exact problem which now faces Trump. How do you take the half of the electorate that feels alienated, discriminated and thrown away by this election and bring them into your fold? Even as I write this, the popular vote in this country is separated by a mere two hundred thousand votes, or two-tenths of a percentage point. Our country is strongly divided.

The race riots that this country saw before the election are not going to just go away. The increasingly growing percentage of law enforcement officers being shot and killed is not just going to end. The anger and unrest is continuing to grow, despite the election being now concluded. Donald Trump is inheriting a country who not only is crying out for change , but is also begging for a unifying , strong and reassuring leader. America is looking for someone to take control in a manner which puts the people first, and this is exactly what he needs to do. He must bring the masses together while finding a way to heal the divides of this election. He needs to allow for open dialogue and constructive criticism on both sides. Most importantly, he needs to be a commander in chief to all and not just the electorate which came out so strongly for him on election night, and this leads me to crux of my observation.

Many have alluded to Trump taking up the mantle of Reagan, yet the numbers show that he is nowhere near that. While it is true that Trump broke through the blue wall in the upper mid west and even surprised the vast majority by taking Pennsylvania, this election does not show anything near Reagan-like unity in the electorate or the country. In fact, numbers show just the opposite. The numbers of yesterday’s election show a deep dissatisfaction with the United States government. They show division. They show fear . They show anger . They show pain. They do not, however, show unity. Yet, Trump has a unique opportunity. He was elected on the Republican ticket, as a man who touted change and a bucking of the system. In the process he has a Republican controlled House and Senate. He has the ability to push through bills which can promote healing and change. If he truly wants to be the uniting force he promised to be in his acceptance speech, he needs to use this power and do so quickly. He needs to stop the bleeding of this election and he must find a way to comfort those who feel shunned. If those around him truly believe that he can be a second coming of Reagan, then they must embrace the ideas of Reagan. As Reagan said in 1981, “The poet called Miss Liberty’s torch ‘the lamp beside the golden door.’ Well, that was the entrance to America, and it still is. And now you really know why we’re here tonight. The glistening hope of that lamp is still ours. Every promise, every opportunity, is still golden in this land. And through that golden door our children can walk into tomorrow with the knowledge that no one can be denied the promise that is America. Her heart is full; her torch is still golden, her future bright. She has arms big enough to comfort and strong enough to support, for the strength in her arms is the strength of her people. She will carry on in the ’80s unafraid, unashamed, and unsurpassed. In this springtime of hope, some lights seem eternal; America’s is.“ If Trump is to pick up Reagan’s mantle, he needs to do so in way the former president did; as a leader for all.