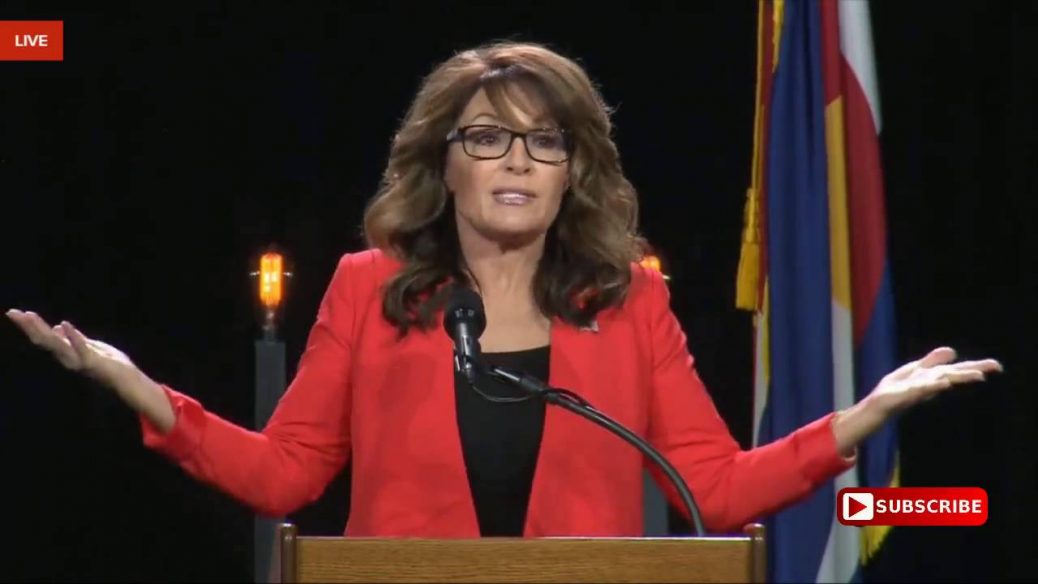 I remember the election of 2008 like it was eight years ago.  Again, the conservative base was lied to, telling us Lame McCain was the “lesser of two evils” who we needed to rally around.  Here was a guy who made peeling paint look exciting,  who could not energize a light bulb, and yet he was suppose to be our guy.

The smartest move McCain made, in my opinion, was to nominate you as his VP.  I saw the excitement and energy in you that I could not see in the rest of the ticket.  You were young, accomplished, smart, and politically savvy.  Even when the Lame Stream Media twisted your words around or attributed quotes to you that you never said, you still rose above it all to give us hope.  I actually found myself wishing you were the candidate because I believed that you could be the hope of the conservative movement.

Even after the election, the LSM wouldn’t let up on you.  They attacked you, Tripp, your daughter Bristol and anyone else with the last name of Palin.  Yet you rose above all of it to remain the one sure voice in a sea of babble.

Until today.  This is when I came across your Facebook page.  You posted something on there with the following opening statement:

“GOP ‪#‎NEVERTRUMP‬ TRAITORS – HILLARY DELIGHTS IN YOU, FOR SHE CAN’T WIN WITHOUT YOU”

I am sorry, Sarah, I did not know that voting my conscience is now considered an act of treason.  All the years that I served in the military led me to believe that treason was the selling out of one’s country.  I’m thinking Benedict Arnold, Aldrich Ames and others who sold American secrets to our enemies, not voters of conscience.  I tried to read the rest of the post, but I couldn’t because of the opening line.  If your aim was to slap people across the face, you succeeded.

I do not consider myself a traitor because I will not support Trump.  He is, without a doubt, the worst candidate I have ever seen in the sixty plus years of my life but that is not the point.  The point is you have fallen into a trap, a trap that suggests that no matter who the candidate, we must follow them off of whatever cliff they go.  It’s a trap that is well used by the Democratic Party, not by a party that encourages thinking.

Maybe, Sarah, that’s the problem.  I, along with other #NeverTrumpers, have chosen to think, while we still can.  And Sarah, I think that I am really, really going to miss you.