An Open Letter to President Trump, the RINO Republicans, Democrats, and the Main Stream Media 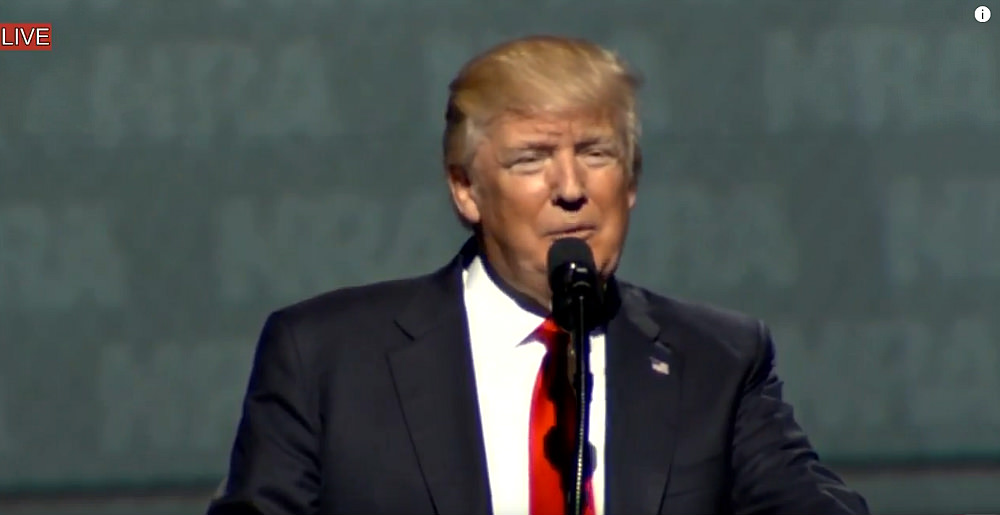 An Open Letter to President Trump, the RINO Republicans, the Democrats and the Main Stream Media

Rino Republicans, Democrats and the Main Stream Media, You are guaranteeing more Conservative Republican victories at the national and state level in 2018 and 2020! So please “keep doing what you are doing”!

President Trump, please “keep doing what you are doing”. Patriotic Americans support you regardless of what the Democrats, RINO Republicans and Main Stream Media (MSM) say, and we are furious and disgusted with the Democrats, RINO Republicans and MSM! It is not going to be easy or quick but we will win in the long term if you ”keep doing what you are doing”.

In addition to your accomplishments so far:

I strongly suggest that you cancel the daily White House press briefings for six months with a declaration that you may not reinstate them during your TWO terms as President. It is obvious that the daily press briefings lost all credibility when Obama was elected, and got dramatically worse when you were elected. During the Obama Administration the briefings were nothing more than an amateur Obama “love fest” by the people who are obsessed with the Obama “hate America” agenda. When you were sworn in the briefings instantly went from “hate America” to “destroy America”, and the MSM clearly believes that destroying the Trump Presidency is the last chance to destroy America. Replace the daily briefings with a daily open letter to America and regular campaign style rallies where you can talk directly to Patriotic Americans!

FIRE ALL Obama Administration “holdovers” in every government agency immediately!  During my long professional career I learned that having bad employees is much worse than having NO employees! Bad employees do bad things. It is a basic rule of business. People in government agencies are constantly leaking confidential information and absurd lies. One recent example was an “unnamed State Department official” who told ABC that “Trump behaved like a drunken tourist during his recent international trip”! FIRE them all now!

DONE 6/01/ 2017! Withdraw from the Paris climate change agreement! Spend that money in America where it will benefit Americans and, consequently the world.

RINO Republicans, please “keep doing what you are doing”!  You will be REPLACED with Patriotic Conservatives!

Democrats, are you all on drugs or do you actually hate our Constitutional Republic form of government as much as it looks like you do? Pelosi, Shumer, Schiff, Sanders, etc., do you not have a clue how ridiculous you sound and look when you are in front of TV cameras ranting about how children and old people will die as a result of the Trump proposed budget and your constant delusion that the “Russians fixed the election”? A “Democratic strategist” on FOX NEWS stared into the camera with a smile and said, “Republicans are joining the “RESIST everything Trump movement”. Hillary said during the commencement address at Wellesley College that the “Trump Presidency will end in impeachment”! Robert De Niro said during the commencement address at Brown University that America has “fallen from an uplifting drama” under Obama to a “dumbass comedy” under Trump! Please “keep doing what you are doing”! You are guaranteeing the end of the Democratic Party as it exist today, which is a good thing. Hopefully it will be replaced with a rational Democratic Party and we will have a working two party system in America, which is how our Founding Fathers wanted it to be.

Main Stream Media, are you all on drugs or do you actually hate our Constitutional Republic form of government as much as it looks like you do? The public press was first referred to as the “fourth estate” in the early 1800’s. It was originally referred to this way because it was believed that, “The importance of the press in a representative democracy is twofold: it informs the citizenry and also serves as a feedback loop between the government and voters”. What happened to the public press being the “fourth estate” with an inflexible mandate to report the actual news? You have become so biased and dishonest that I, and a lot of people I know, are literally turning off the “news” and I have even begun to avoid “clicking” on internet articles from most sources. Why bother to try and follow the “news” when the “reports” are constantly quoting “unnamed sources” and the “headlines” say things like “Melania Trump swatted away the President’s hand” or that “Trump shoved another Head of State aside”? Really, this is what you are “reporting” about during one of the most important Presidential international trips in modern history!

What can we do about this moral crisis in America? Like we did in November 2016, we must stand up and make our voices heard. Insist on term limits and refuse to support politicians, organizations or media outlets that are dishonest and Un-American. Let President Trump know we support his Administration ANY WAY HE NEEDS US TO!

I have written a number of detailed articles about everything I have touched on here and a variety of other similar topics. You can find them all on my website www.onlymakessense.com.