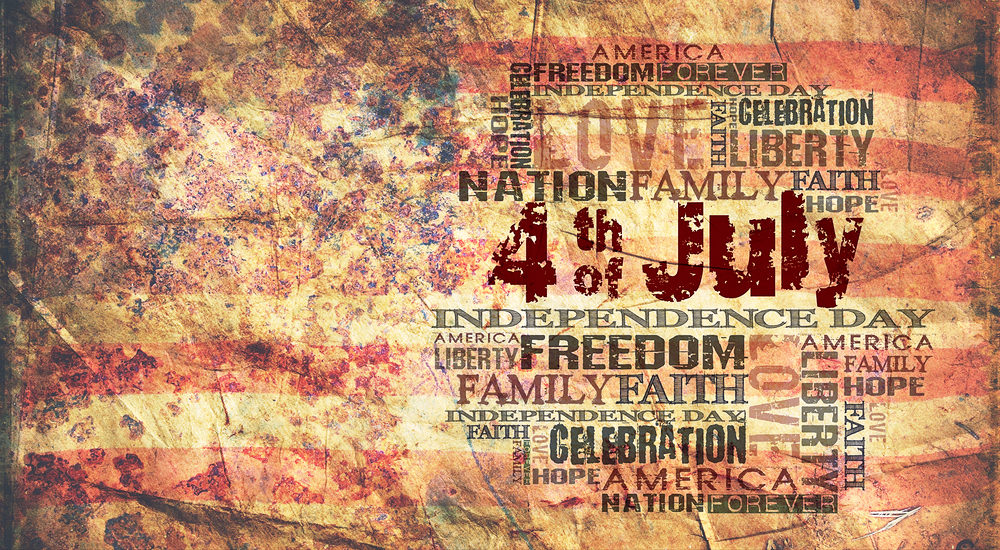 American leftists cannot restrain themselves from throwing stink-bombs at all things wholesome and good. July 4th, my wife Mary read two articles in which black writers scolded blacks for celebrating Independence Day. They claim us blacks have nothing to celebrate because we were not free in 1776.

Why are leftists so hellbent on instilling in me and my fellow blacks that America is not our country? America repented of her sins long ago. The civil war was fought to liberate blacks from slavery. White abolitionists broke the law by teaching blacks to read. Affluent whites Etta Budd, Joseph Budd and Louis Pammel nurtured black American botanist and inventor George Washington Carver’s career. https://bit.ly/1NBBVtD

My point is American history is replete with Godly whites who helped blacks; sometimes risking everything. And yet, leftists have successfully sold blacks their lie that any success achieved by blacks is in spite of racist white America. Blacks are only 12% of the population. Much of black wealth in America is the result of white help and patronage.

White males have nurtured my career my entire life; Mr Gomer, my 7th grade art teacher. Baltimore Mayor William Donald Schaefer met with me in his office for an hour and gave me a scholarship to the Maryland Institute College of Art. Ray Dell and Joe Canale owned sign companies where I worked during college. Barry Finglas of Park Sign Company hired me as the Art Director. After viewing my portfolio, John Holechek gave me free office space in his building to launch my own graphic design business. Chuck at Fred Kail Advertising mentored me, kicking my designer skills to a high professional level. Dick Weisberg hired me as the first black graphic designer on his team at WJZ-TV in Baltimore. All these allegedly “born-racist” https://nyp.st/2DBV1l8 successful white men were extremely good to me.

Why can’t leftists allow us to get over all this divisiveness and live together as Americans. Racial harmony is the desire of most Americans as evidenced by the election of Barack Obama for two terms.

Myself and others have given history lessons in countless articles, confirming white American’s commitment to liberating blacks. The truth falls on deaf ears because leftists want to keep blacks hating whites and their country. Leftists believe if they can keep blacks believing white America seeks their demise, blacks will remain loyal democrat voters.

Democrats in power will force leftists’ extreme radical, anti-Christian and anti-American ideas onto the masses with government controlling every aspect of our lives. Democrats will make states affirm the LGBTQ agenda; force redistribution of wealth; repeal American’s right to bear arms; legalize abortion even on the date of birth and dish out healthcare dictating who lives or dies. https://bit.ly/2KCaQwi

July 4th, I released my music video, We Are Americans https://bit.ly/2KPas9M, honoring my God and my country. If angry bitter blacks choose to call me an Uncle Tom, I really do not care. America is the greatest land of opportunity on the planet for all who choose to go for it.

My late black dad was raised without his parents by his aunt. Beginning as a shoeshine boy at the Greyhound Bus station in Baltimore, dad rose to become Rev Dr Lloyd E. Marcus. From a black kid picking cotton, Clarence Thomas became a justice on the U.S. Supreme Court. That’s the greatness of America folks.

I am so weary of leftists relentlessly seeking to tear down my homeland. Attempting to educate leftists about the goodness of America is fruitless. They want to racially divide us. These evil people also seek to instill classy envy, entitlement mindsets and hatred for achievers. Leftists always appeal to our lower natures; our base instincts. Disgusting.

Rather than constantly rehashing distant historical wrongs, why aren’t leftists encouraging blacks to do what they can to help themselves today; stop murdering each other in record numbers https://bit.ly/2KTwATJ; stop dropping out of school; stop having babies out of wedlock and stop voting for democrats.

Leftists impugn blacks who do not harbor cancerous resentments against white America. The American left seeks to con and guilt-trip white Americans into paying blacks reparations. My response to blacks demanding reparations is get off your lazy no-count derriere and get an education and a job. Nobody owes you anything!

True self esteem, empowerment and dignity comes from earning ones own way; not blaming or placing your success or failure in the hands of someone other than yourself. Leftists tell blacks whitey is responsible when you fail. This lie weakens rather than empowers blacks.

In the 1970’s, Joe was one of my fellow black students at the Maryland Institute College of Art. Raised by his grandmother, Joe was laser-focused on his studies. He became the first black art director at the prestigious W.B. Doner advertising agency in Baltimore. Dave was the most artistically gifted in our crew of black artists. Sadly, Dave frequently ranted about how whitey won’t give a black man a fair shake in this f****** country – you’ve got to steal as much as you can, when you can. Tragically, Dave never achieved his dreams and died young of a drug overdose.

Black Americans should kiss the ground they walk on in this country. Is there racism in America? Absolutely, along with every other sin under the sun. But the truth is there is not enough racism to stop anyone from achieving their American dream.

I feel a song coming on…

I am a grateful black American who loves his country and proudly celebrated Independence Day. https://bit.ly/2KPas9M