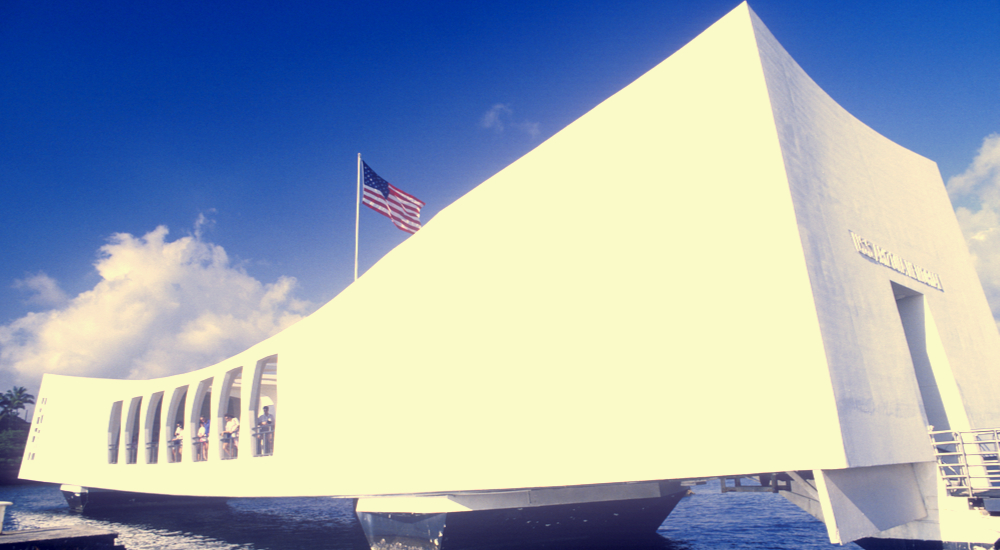 I was exactly five and one-half years old on this day 77 years ago and suddenly the world changed from our backyard, my little red toy truck with all the holes I would dig, upsetting my mother. I was soon fully aware of the world as my parents listened to the radio telling of Pearl Harbor.  We had a globe and they explained it to me as neighborhood men stood in the street looking for “Jap bombers!”

My band director father had the finest radio in town so he could listen to the opera and big band remotes as he was regularly called by Local 10 Chicago, Jimmy Patrillo, President, to be a sideman for Jimmy Dorsey, Casa Loma, and other big bands.  The radio had a shortwave tuner which became our window on the world.  I learned how to operate it and could tune it better than my father with my little fingers and patience.  Dad would get frustrated with it where I would not.

I would listen to London, England afternoons, where it was night there and hear Vera Lynn sing her signature “We’ll Meet Again,” the heart-breaker song of all time.  At 16 she was not old enough to be in those canteens so they made her up to look over 21.  It could not be more moving with the crackling and popping through the air often coming in by two unequal paths and making a “wow-wow” sound we were all to familiar with in that era of shortwave radio.

My dancer mother’s European friends looked forward to visiting as we had that radio.  She was an RKO contract dancer for theaters and movies. The studios had a strict standard for dancer size as all the leading men were short guys. She fit the profile perfectly, but they had to look far and wide to get girls who could fit their standards and dance down a giant curing stairway or on the deck of a battleship mockup.  They were exotic women and my budding linguist mother spent hours with them learning about their languages.

There is no way to explain to people of today the mindset of this nation then.  My father went to enlist the next day.  The President of the Draft Board, Dr. Carl Bruner, a leading physician in town, was also President of the School Board.  When my dad appeared he took him aside and said, “Arden, I am not going to lose my band director to this Goddamn war!” and sent him home. From that day the sun rose and set on Dr. Bruner in my mother’s mind.  She did a  flattering portrait of him he put in his office and she soon had a thriving business painting all the town notables and their wives.  One year I believe she made more money than my dad, but they were used to that as she got $125 a week from RKO when he was making $25 with his jazz band playing in the bar of the Capone HQ in Cicero.

My parents were involved in USO shows and when summer came my mother always had to go somewhere for RKO so I was shipped off to grandparents.  When I was eight she took me to the Louisville, KY station to go on a troop train to Chicago.  We walked the length of the train with all the boys whistling at my pretty mother until she found the officer’s car.  They came tumbling out and she soon had me booked in with them.  I sat on many laps and was well cared for, including lots of chocolate Hershey bars.

About 4:00 PM we pulled into Logansport, Indiana for a coal and water stop for about 30 minutes.  The town women had set up card tables with home-baked goods and huge pots of coffee, great jugs of lemonade; all from their own rations!  The men streamed out of the train and filled the one-gallon contribution jar with coins and bills as they cleaned up the food.  I got a doughnut and more chocolate.

A couple of hours later we were in Union Station Chicago and my new friends looked for my grandparents, but I was not feeling well.  As soon as I saw my grandmother I threw up about a pint of second-hand chocolate and my grandfather, a WWI veteran with the rank of Captain was amused but engaged with the young men in conversation while my grandmother dealt with me.  Nonetheless, it was a great summer for me three years after the day of infamy, December 7, 1941.

Note:  This is excerped from “A Long Way From Normal” my memoir on sale at Amazon.com