Omarosa vs Trump: All About The Mid Term Elections 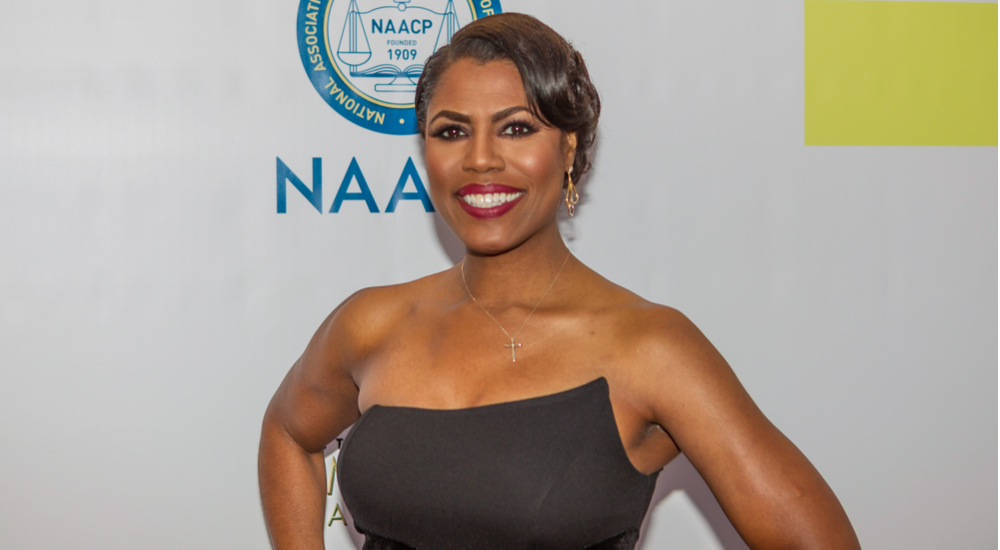 Omarosa vs Trump: All About The Mid Term Elections

Candidly folks, I have not paid much attention to the Omarosa/Trump soap opera. For the past few weeks, my wife Mary and I have been in Arizona with the Conservative Campaign Committee intensely campaigning for Dr Kelli Ward for US Senate. August 28th is the primary election.

This may sound surprising coming from a black guy, but I do not care if Trump used the N-word. All I know is president Donald J Trump is doing an awesome job for my country. I think of that Bible verse that says “He that is without sin among you, let him cast the first stone at her.” As I have stated in numerous articles, leftists freely use the N-word, including calling me a “stupid n*****” for simply loving my country and not viewing myself as a victim.

Sources say Trump is not the man he once was and has accepted Jesus Christ as his Lord and Savior. I am judging Trump by his deeds. This man has treated blacks far better than Obama. Even leftist blacks had to admit that blacks suffered and moved economically backwards under Obama. https://bit.ly/2KwZjNU

Trump has black unemployment at historic lows. https://washex.am/2LdUohM Countless times, to no avail, I’ve tried to explain to black family members who viewed Obama has their Great Black Hope that Obama’s sole mission was to further the American left’s anti-God and anti-American agendas. His skin-color was only a weapon to silence anyone who opposed him ignoring our Constitution while implementing initiatives to punish America for being mostly white, extremely successful and the world power.

The Congressional Black caucus also betrayed blacks by selling its soul to the American left. This is why at the State of the Union, when Trump announced that black unemployment is at an historic low, not one black democrat in that hall stood or applauded. They sat on their hands wearing stone-cold faces. Their behavior told us all we need to know about their true agenda; not helping blacks –but furthering liberalism

This latest fake news media created firestorm featuring Omarosa is simply more of the American left desperately attempting to keep the public’s focus off Trump’s remarkable achievements for We the People thus far https://bit.ly/2AVaNlx – to block his make America great agenda and remove him from office. This is the goal of every fake news media story 24/7.

From my vantage point outside of Washington DC in real America, all I see is a self-adsorbed selfish vindictive woman (Omarosa) screaming, “Look at me ! Look at me!” while relishing the media spotlight. Omarosa does not give a rat’s derriere about all the good Trump has achieved for her fellow black Americans. She is focused on bringing Trump down by branding him a racist and the American left is loving her for it.

The question is, Will the American left’s 24/7 Omarosa, Trump-is-racist-smear dupe enough voters to harm the GOP in the swiftly approaching mid-term elections?” Folks, life has taught me to always look for God’s blessing in every situation. There just might be a pony for us with the pile of horse-manure promoted by the American left. This Omarosa fake news media frenzy is really about helping the democrats regain control of the house and senate. This Omarosa madness could be a God-given wake-up call to all Americans who are fat and happy thinking Trump has turned things around so they can chill; turning a blind-eye to politics.

Every patriot who loves what Trump is doing should be extremely committed to becoming and staying engaged in the mid-term elections.

The American left is dragging out Omarosa’s smear against Trump, drip, drip, dripping more details daily. As I stated, I really do not care. My fellow brother and sister Americans, we must keep the GOP in control of congress to continue Trump’s restoration of America; an America where education, hard-work, risk-taking and character are honored. We reject leftists’ America in which everyone is a victim of something, government should bully us into embracing extreme behaviors against out religious faith and government should confiscate the hard earned stuff of risk-takers to give to lazy deadbeats.

Dr Kelli Ward is a strong Trump supporter because, like you and me, she believes in lower taxes, fewer regulations, personal responsibility and following the Constitution. These are principles which made America great – a beacon of hope for the world – a shining city on a hill.