Christians: Even Jesus Allowed Judas to be Treasurer for a Season 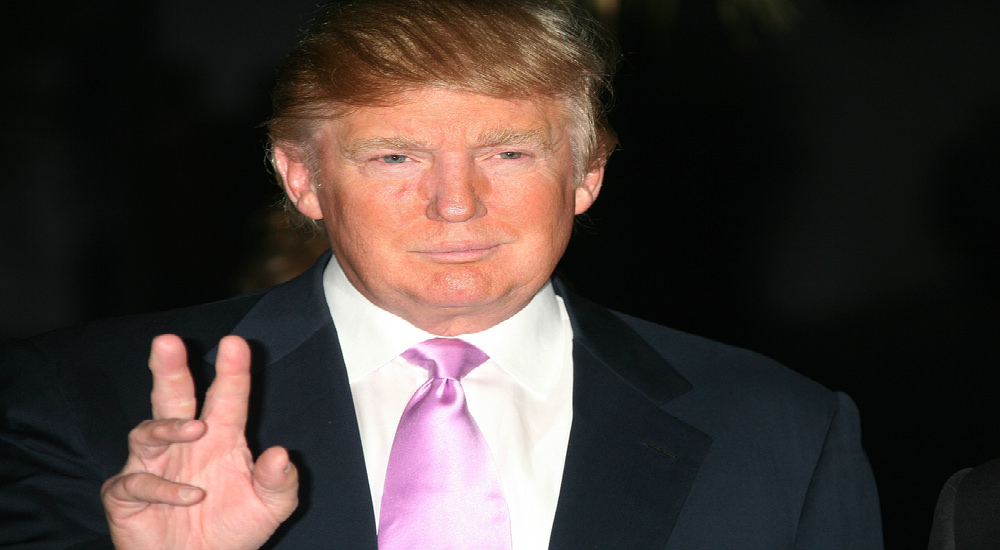 According to the Proverbs of Solomon prudence is more beneficial and determinative of success than wisdom. The text teaches a little wisdom with vast quantities of prudence builds up the individual profoundly, but a ton of wisdom with a teaspoon of prudence diminishes an individual’s prospects exponentially. So lest voters discover too late they have submitted themselves to the wiles of the Left never again to recognize America as the Land of Liberty it was founded to be; our nation’s faithful should resolve quickly to gather together for support of the biblically prudent lessons of leadership demonstrated by Donald J Trump. The binary alternative is a Utopian: full of wisdom, at least in her own eyes, yet emptied of prudence.

Lesson One: Lest Americans pursue every “investment: tax increase” their imaginations devise. This is Trump’s biblical warning to those who deny in their hearts and minds “all resources are scarce” and are directed instinctively by human nature to their most economical uses. Nimrod imagined he could orchestrate his “village” to set aside individual economic behavior for the purpose of building him a tower to Heaven. In other words he set his tribes to using soil intended for cultivation to make bricks, bricks to build his Utopian pipedream. Today it’s a free education: a brick to perfect Hillary’s world as she envisions it. Green energy: a brick. Stimulus for infrastructure: a brick. Carbon offsets to reduce greenhouse gasses: a brick. Increased restrictions on fossil fuel production: a brick. Trump biblically warns we should cease producing so many wasteful, imprudent bricks lest America, the land of plenty, becomes known world-wide to be a vast wasteland, infamous amazingly for all its manmade crippling shortages.

Lesson Two: Lest Americans be disheartened by the polls and withdraw to a safe place. The Lord directed Moses not to march the Israelites through the Pollster (Philistine) territories lest the Trumpsters should become disheartened, abandon warfare, and desire a return to the land of Egypt where they formerly had been enslaved. One of the latest John Podesta emails includes his thirty-seven page manual for how the DNC, main stream media, and pollsters were instructed for this election cycle to oversample Democrats and specific minority groups for the purpose of overstating Hillary Clinton’s polling numbers and for discouraging Trump supporters from showing up to the polls.

Trump’s method of not walking Republicans unnecessarily through pollster territory has been to argue unashamedly, relentlessly to voters the whole 2016 election for Democrats and Republicans has been rigged to definitively ensure Hillary Clinton can ascend to her rightful place of power over the nation. He contends the election was rigged against Bernie Sanders by Hillary Clinton and her future RICO bound co-conspirators. Likewise he argues the election now is rigged against his campaign. Judges are voiding lawful voter ID requirements in many states. John Podesta has announced all illegal immigrants with a valid driver’s license can vote. States are being prevented from clearing voter registration rolls of the dead and those living in deserted housing and empty lots.

Trump is beating up on the complicit media, calling them phonies and low-lifes. Unafraid, especially in comparison to any other Republican who has run for high office since Ronald Reagan, Trump has in a biblical fashion shown the spotlight on the path to any Republican victory: never give way to a pollster, except when he is walking with you, or is lying, bleeding on the other side of the road after the religious and others have passed him by for dead. Prudence is key.

Lesson Three: Lest the land becomes desolate and beasts overrun the land. Every year since 2007, the Clinton’s have sponsored the Clinton Global Citizen Awards, recognizing those who have figuratively or otherwise abandoned loyalty to their own countries in favor of a dream they have of one day becoming global citizens. The latest recipient of the award on September 20, 2016, was Jon Bon Jovi.

When Israel was readied to enter the Promised Land they were instructed not to possess all the land immediately, but to take the land gradually as their population increased sufficiently to utilize the land taken. The imprudent alternative would have been to dispossess all the land of its native inhabitants immediately, leaving the fields they tilled to grow wild with weeds and thorns, worse yet permitting wild animals to dangerously over-populate the land to threaten the lives of future inhabitants.

One way an army dispossess a land of its inhabitants is by killing them or driving them away. Another way of dispossessing a land is more nefarious, by one inhabitant encouraging another inhabitant to think of his self as a global citizen. Not only will all varieties of weeds, thorns, and wild beasts proliferate; the soil, the dirt, the ground itself the dispossessed stands upon will become meaningless. Being There comes to mind. To Chance the Gardener all is somewhere else, not under his feet. What he possesses is grossly out of date, his valise, clothing, even his memories. His gaze on the middle distance is the 480 lines on a slightly curved screen. With a scarcity of wisdom and only a little more prudence he advises a President, might become President.

Donald Trump is not dispossessed of his land, imaginatively or otherwise. The ground he walks on he continues prudently to value, also his world class properties and the exceptional nation in which he was birthed. He is of the Earth, grounded. He is the dirt, (Others are the music or the dance,) the willing container and dispenser of nutrients and minerals that produce, the soil, the substance of our earthbound existence. Clinton? She has taken leave, has gone, taken flight to the realm of global citizenship.

For those Faithful who accuse another Faithful of violating his religious beliefs if he casts a vote for Donald Trump, take note of the three biblical lessons Donald Trump has taught us. It’s a biblical primer of sorts. Then remember whatever his shortcomings; religious, constitutional, or whatever: