Oil Prices Near Bottom – is the US Shale Industry at Risk? 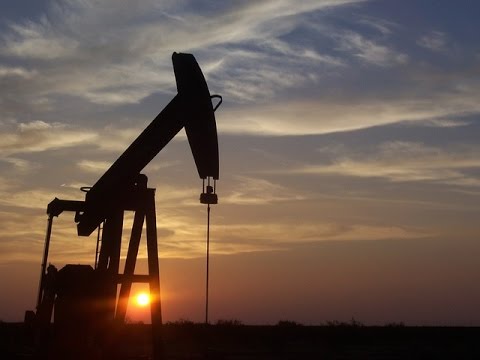 The Executive Director of the IEA (International Energy Agency), Fatih Birol believes that oil prices may have hit bottom, but it will depend on global economic growth, according to Reuters. “It may well be, but it depends on the economic growth”, said Birol on the question of whether oil reached a price floor. He expects global oil demand to grow by 1.2 million barrels a day this year, while non-OPEC oil-producing countries to cut production by more than 700,000 barrels per day.

OPEC countries have increased production to a record 33.217 million barrels per day. It is reported by Bloomberg. According to the agency, this figure is the highest production since 1989, when Bloomberg started its market surveillance. Analysts at BNP and UBS believe that oil prices will fall back to $30 a barrel in the coming weeks. According to Bloomberg, oil production growth has occurred largely because of the removal of the sanctions as a result of Iran’s “nuclear deal”. Currently, Iran produces 3.5 million barrels a day compared with less than 0.5 million barrels to conclude the nuclear deal – and is the highest since December 2011.

Last year, the price of Brent crude oil increased by 45% since January – nearly $68 in May, as traders expect a rapid reduction of inventories in the United States in connection with the suspension of work on the rigs. Director at the Energy Resources Bureau’s Policy Analysis and Public Diplomacy Office Richard Westerdale believes that the commissioning of unfinished wells may return 0.5 million barrels of oil per day.

The IEA, which as recently as in February raised its forecast for global surplus and warned of further losses in value, said this month that the markets will “move close to balance” in the second half. BP CEO Bob Dudley voiced the same view last week.

By BNP Paribas estimates, while the proposal still exceeds demand, and it may continue for a long time, the remaining low oil prices will try to stifle investment in US shale industry.

What should concern people in the US is the fact that its oil and gas reserves are set to run out in the not too distant future. As Arthur Berman, an independent geologist, has observed that people are just not ready for the fact that they are going to have to make changes in their lifestyles. He says that at talks he gives, “Nobody wants to change the way they live.”

– The IEA founded in 1974 to help countries co-ordinate a collective response to major disruptions in the supply of oil. It is at the heart of global dialogue on energy, providing authoritative statistics and analysis to ensure reliable, affordable and clean energy for its 29 member countries and beyond.

– BNP Paribas has been present in the United States since the late 1800s and offers its clients a full range of services from investment and retail banking to asset management services.

– OPEC is the Organization of Petroleum Exporting Countries and it was founded in 1960, in Baghdad, Iraq. It is an intergovernmental organization of 13 oil-exporting nations that coordinates and unifies the petroleum policies of its current member countries (Iran, Iraq, Kuwait, Saudi Arabia, Venezuela, Qatar, Indonesia, Libya, United Arab Emirates, Algeria, Nigeria, Gabon and Angola).