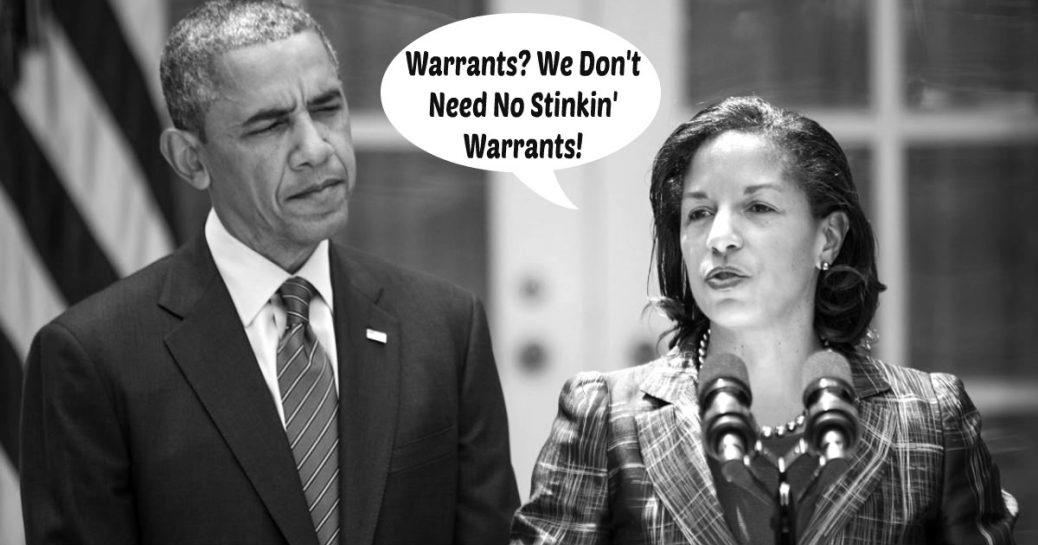 President Trump appeared with Maria Bartiromo on Fox Business News on Tuesday and argued that no one really believes that Susan Rice was acting a-politically when she unmasked the names of Trump team members. I tend to agree with the President but I’m not the President… and saying something like this could cause yet another firestorm of anger from the media and the left!

BARTIROMO: In the last weeks of the Obama presidency, he changed all the rules in terms of the intelligence agencies, allowing them to share raw data.

BARTIROMO: Why do you think he did this?

TRUMP: Well, I’m going to let you figure that one out. But it’s so obvious. When you look at Susan Rice and what’s going on, and so many people are coming up to me and apologizing now. They’re saying you know, you were right when you said that.

Perhaps I didn’t know how right I was, because nobody knew the extent of it.

BARTIROMO: When you sent that, was that what you were referring to, the Susan Rice?

TRUMP: Oh, sure. We’re talking about surveillance. It was wiretapped in quotes. “The New York Times” said the word wiretapped in the headline of the first edition. Then they took it out of there fast when they realized.

But we talked about surveillance or whatever. And you look at the extent of the surveillance. Me and so many other people, it’s terrible.

BARTIROMO: She said she didn’t do it for political reasons. Susan Rice…

TRUMP: Does anybody really believe that?

Nobody believes that, even the people that try to protect her in the news media. It’s such a big story and I’m sure it will continue forward.

But what they did is horrible.