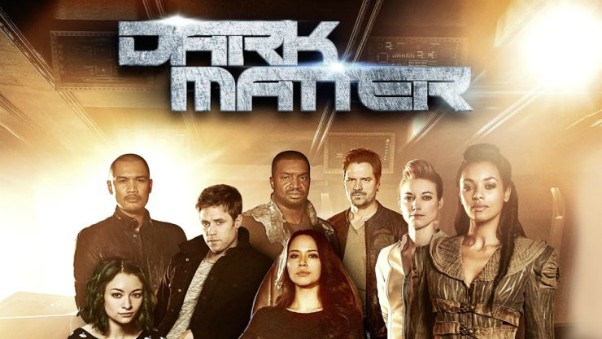 Much to my dismay, Dark Matter, the Canadian drama aired on SyFy for three seasons has been abruptly cancelled. As the name implies, it was pure science fiction. But, unlike almost all other sci-fi storylines, this one was different, and in my estimation, a cut above the Star Trek/Star Wars plots of old.

In Season One, we’re introduced to the six characters that awaken from cryo-sleep but without their memories. As one awoke, and then two, followed by three through six, viewers came to know them as they knew themselves, by the numbers. Turns out they’re all wanted criminals evading the GA (Galactic Authority), and devoid of their memories, it seems they’re not as evil as their reputations indicate after they learn identities from the Raza spaceship’s records.

They find themselves in the midst of a corporate war, and their dilemma is whether to flee to survive or risk death by helping others in need. All good storylines need conflict, and the struggle between altruism and self-preservation produces a lot of surprises.

Since Einstein theorized that nothing (matter) can travel faster than light, without some means for the storyline to overcome that limitation, we end up needing to travel coast to coast in a few hours by SST, but we’re stuck crossing the vast plains in covered wagons. In that respect, the show was similar to the others because it invented a way around the Universal Speed Limit using a play on IDH (InterDimensionalHypothosis) to travel using Faster Than Light (FTL) technology. That allowed the characters to traverse lightyears in very little time. Without it, we’re stuck mining ore on Titan.

But, what made the show significant was what it didn’t include. Although taking place in the 28th Century, there were no aliens. No Ferengi, no Klingons, or Romulans, and no Vulcans. Everyone living on colonies throughout the galaxy were human, and although most were born “out there”, everyone still traced their ancestry back to Terra Prime.

Why is that significant? For me, writing sci-fi novels doesn’t have to include the usual hat tip to Darwinian evolution. As far as we know, we’re the only physical life forms in the universe unless you want to appeal to the laws of probability which is expressly frowned upon when used to judge molecules-to-man evolution but required for believing in alien creatures like the Horta (or other silicon-based life forms) that eat through rock like acid burns through wood.

Late in the final season, the crew of the Raza encounters beings that aren’t human. They don’t travel in spaceships or come from a distant planet in another galaxy. These “aliens” are from a different dimension and can only access the second heaven (space) by means of a gateway. These beings slip into our reality and seek human hosts to possess.

While the possessed do not live in the tombs while naked, they nevertheless are compelled to do their masters’ bidding. Whether the writers purposely crafted a sci-fi adventure from a Biblical world view is an open question, but if not, they succeeded, anyway.

The series, all thirty-nine episodes, can be seen on Netflix. As for the series being picked up by a network other than SyFy, I do hope the show will continue because as far as storylines go, sci-fi will always be my favorite. And Dark Matter turned out to be surprisingly better than I thought possible.