Offensive Mailing Address for the US Embassy in Moscow 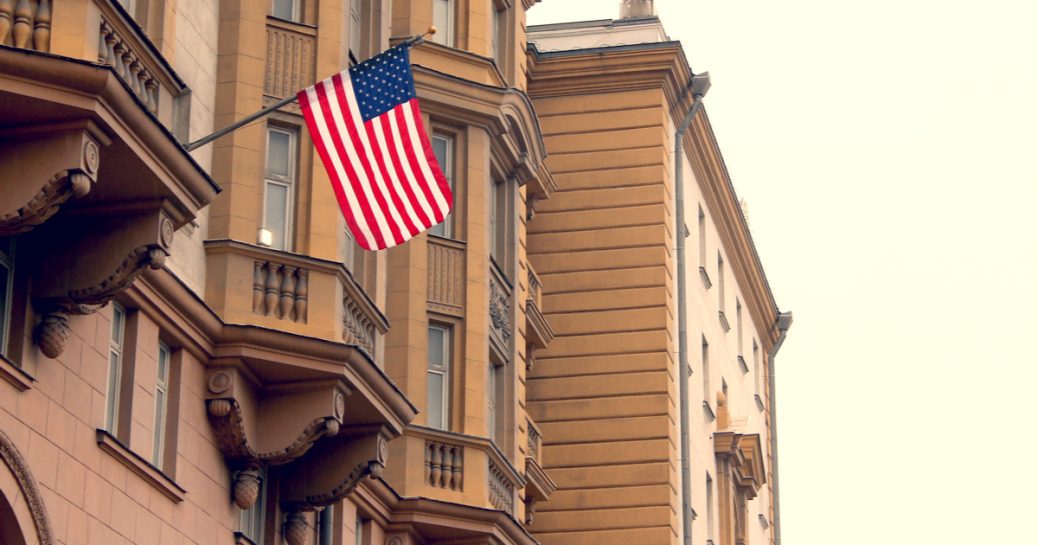 The city’s interdepartmental commission responsible for naming objects of the city of Moscow will debate a proposal to change the current postal address of the US Embassy in Russia to a new one: 1 North American Deadlock. This is from the letter of State Duma congressman Mikhail Degtyarev to the Moscow mayor’s office.

It was his initiative to name the nameless inner-city passageway leading to the Narkomfin House – “North American Deadlock” in honor of the “obsessive foreign policy of the United States.”

Mikhail Degtyarev, Chairman of the State Duma Committee for Physical Culture, Sport, Tourism and Youth Affairs, made such proposition after the square in Washington where Russian embassy is located, was renamed after Russian opposition leader Boris Nemtsov who was an outspoken critic of Vladimir Putin. Nemtsov was assassinated on 27 February 2015 on a bridge near the Kremlin in Moscow.

Degtyarev himself explained: “Moscow is an ancient historical city, unlike Washington with its teenage complexes, so we will not rename existing streets and even alleys for some momentary political ambitions or disputes, but we could change postal address of an unnamed deadlock, but there, alongside both buildings of the embassy, there is an intra-courtyard passage to the Narkomfin’s House, which is to be called the North American Deadlock.”