Obama’s Legacy: A Government Of, For, and By the Few 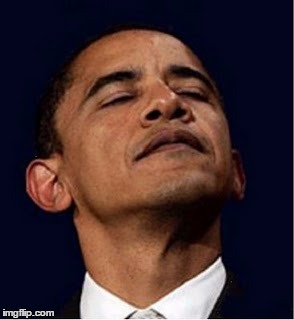 It began with the collusion and corruption of the 2008 election where a community organizer commanded the registering of thousands of ineligible voters through the subversive organization known as ACORN. Prior to his involvement, ACORN’s primary goal was home ownership to moderate income families.

ACORN, and advocates Barney Frank and Chris Dodd, who massaged the Community Reinvestment Act (CRA), share the major responsibility for the mortgage market crash of 2007 and the eventual financial collapse of 2008. As with virtually all progressives’ misguided attempts at benevolence, this resulted in disaster and hardship for the most vulnerable and least capable of recovery.

What we do know is that the separation of powers began to erode as early as January 27, 2010. During the State of the Union Speech that year, he admonished the Supreme Court for a well debated decision with which he did not agree. Since then, he has publicly demeaned Congress and the Supreme Court, lower courts, governors and virtually everybody with whom he disagrees on many occasions. Those who fall in line under his thumb get the best treatment, legal representation, pardons or evidence of wrongdoing simply disappears so no prosecution can occur.

Systemically, the national debt began to skyrocket shortly after the inauguration in 2009. Since then there is the intervention of the IRS in the 2012 election by rejecting, misfiling and delaying applications for conservative NPOs. The BLM continues to create chaos in Nevada and Oregon among other places by illegally seizing property owned or legally used, through accord, by citizen ranchers.

Seemingly every agency within the federal government is now corrupt and willing to do the bidding of Barack Obama. It should be of grave concern to most clear and logical thinking individuals that Homeland Security and its numerous tentacle agencies no longer work on behalf of the American people.  They act at the behest of the president and his subversive staff of minions seeking to create a Marxist society. This, of course, is the first step toward the ultimate goal of a central global government totally dominating the world populace. The DOJ is processing a suit against the Arizona sheriff who attempted to enforce existing federal immigration law against the wishes of Obama and the Democrat party.

Other evidence of this fantasy utopian society conjured by Obama and his assembly of miscreants is the ever growing regulation and taxation of every aspect of business, employment and personal transactions. While it professes to suck wealth primarily from the top, it shamefully impacts those at the bottom most. Every workday hour, each purchase or monetary transfer (even by those subsisting on government stipends and partaking of government run programs) sends more money to the oppressing cabal. Only those closely tied to the power structure become the winners in such a two strata population.

Even the top military officers (generals, colonels and majors, admirals, captains and commanders), with a wealth of experience and offering educated advice, have been purged and replaced with sycophants. The White House, Pentagon, NASA, FBI, CIA, DIA and other security, investigative and intelligence agencies are now purposefully infiltrated with the Muslim Brotherhood. The agencies are assigned the tasks of training and sharing information with representatives of our once political and military foes.

For more of the same, make Hillary your president in the upcoming election.