Obama’s Iran Deal: Even Worse Than We Thought 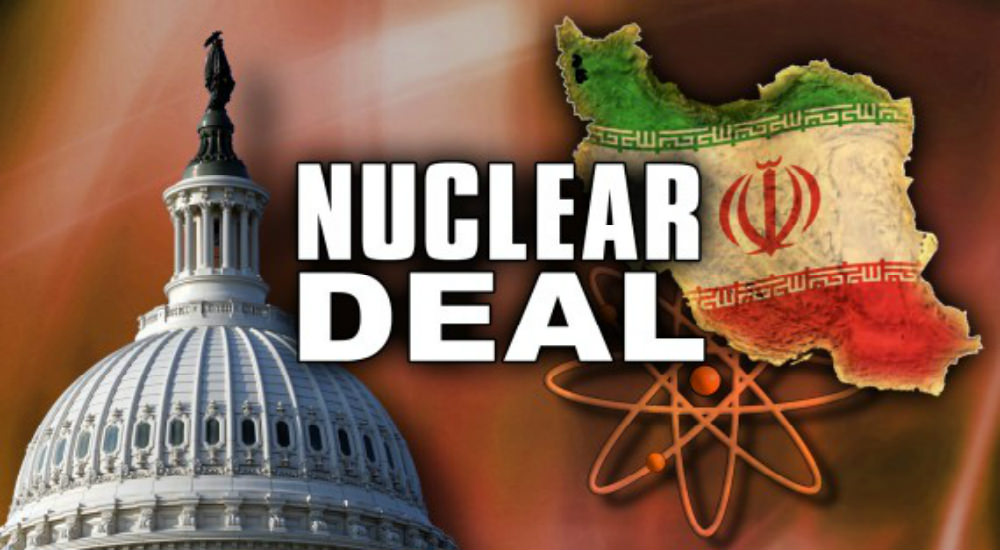 It’s no secret that Iran is arguably the most dangerous country on Earth.

From sponsoring terror worldwide to threatening America and Israel daily, not to mention the atrocities it commits within its own borders, Iran is a formidable foe. It not a nation to which we should demonstrate weakness and we should ensure that our sanctions facilitate it’s collapse from within. Nevertheless, former President Barack Obama decided to lift those sanctions on the rogue country, giving them $150 billion and putting them on a clear path to nuclear weapons within ten years.

Yesterday, we discovered that the “deal” was far worse than imagined encompassing numerous secret side agreements, such as one involving the departure of an aircraft to Iran in the middle of the night loaded with cash.

In a Politico piece yesterday, Josh Meyer explained that when Obama announced the “one-time gesture” of releasing seven Iranian-born prisoners, claiming that they weren’t charged with terrorism or any other violent offenses last year, the objective was to have the way for a better nuclear deal and to compel Tehran to release five Americans. In his Sunday morning address in January 2016, Obama stated that the seven freed Iranians were “civilians,” and a senior official in the administration indicated that they were businessmen convicted of or awaiting trial for trivial sanctions-related offenses or violations of a trade embargo.

But, as Meyer notes, this was a blatant lie. Some of the freed Iranians were actually accused by Obama’s own Justice Department of posing national security threats to the United States. In fact, three of the seven were integral parts of an illegal group supplying Iran with American-made microelectronics that can be employed for missiles. Another freed prisoner was an aerospace engineer serving an eight-year sentence for conspiring to supply satellite technology and hardware to the Iranian regime.

To make matters worse, the Justice Department dropped charges and international arrest warrants against 14 Iranian fugitives, all of whom were involved in supporting and abetting terror in Iran and to other groups, such as Hezbollah. One of them, Amin Ravan, was charged with smuggling U.S. military antennas to Hong Kong and Singapore for use in Iran, as well as providing technology to Iran for IEDs, for Shiite militias to kill hundreds of American troops in Iraq. Another, Seyed Abolfazl Shabab Jamili, was charged for his part in a conspiracy from 2005-2012 that procured thousands of parts with nuclear applications for Iran through China, including sensors for uranium enrichment centrifuges.

Sadly, many federal prosecutors and agents have spent many years working to penetrate these networks that allowed Iranian arms traders to obtain materials for Iran’s nuclear and ballistic missile programs and trafficking dangerous materials to other countries. Their work kept the Iranian regime in check and surveilled them, and by Obama’s treachery of letting these people off what was a secure hook, he destroyed all the dedicated work these agents and prosecutors did.

All in order to procure support from Congress for this deal and secure Obama’s legacy. And this legacy, built on malevolent and disingenuous behavior and rhetoric has only made the world more dangerous, and may serve as a catalyst to a possible war with Iran in order to take out this nuclear program– a program which will only become more dangerous and threatening.

Interestingly, I write this column the day after Yom HaShoah, Holocaust Remembrance Day. 6 million Jews were slaughtered by Hitler and Iran would love nothing more than to finish the job. They chant in the streets, “Death to America! Death to Israel!” and burn Israeli flags. And as I am writing this, President Donald Trump is speaking at the Holocaust Museum in Washington, D.C., where he affirmed that “I will always stand with the Jewish people and I will always stand with our great friend and partner, the State of Israel.” Trump added that “we will stamp out prejudice, we will condemn hatred, we will bear witness, and we will act.”

It’s refreshing to see that we now have a president, despite his faults and lack of conservatism in many areas, who inarguably loves his country and wants to make the world a better place.