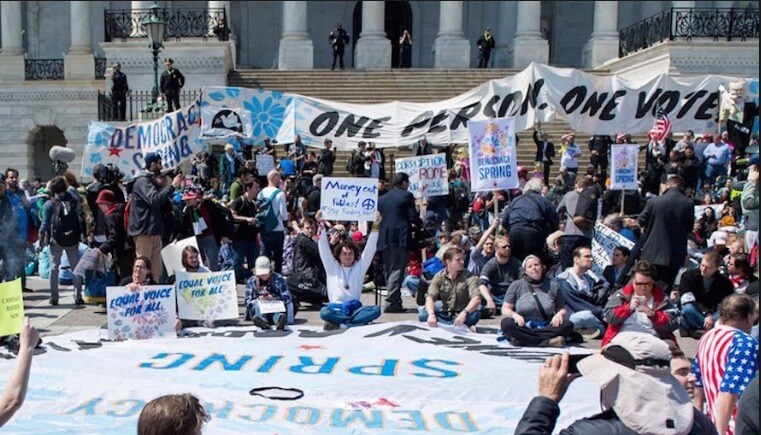 We have spoken of one essential of life, Gratitude. Now let’s speak of another, Intercession. Without gratitude no man or woman is human. Without Intercession no man or woman endures being human. If we have eyes to see, ears to hear, we know Christ every day is on the mountain praying for, interceding for His people. While He prays we row our little hearts out on a stormy sea dealing with what life throws us, hoping to endure ‘til another day. Perhaps we had previously, casually skimmed through the verses, “They that go down to the sea in ships, that do business in great waters; these see the works of the Lord, and his wonders in the deep.” Now we desperately, frantically ask, “What am I doing here?” Well, our business in the great waters every day is what we all do every day in the great waters. Every day we busy ourselves rowing to the other side.

Not only does Christ intercede, we intercede for each other. Parents particularly intercede for their children from before day one, sometimes it seems forever. We know by experience and teaching we should intercede for our children every day, without fail; because every day presents a new “other side” journey. Months and years also have their other side. Next year another President will be elected. Before that each party will settle on their nominees for President and Vice President. Already, storm warnings for each convention event and the general election in November have been posted. One of the storms, whether it will be a small squall or full-blown cyclone yet to be determined, is a planned storm, manmade, we think. It’s the coming Democracy Spring, Obama’s Democracy Spring. It was announced months ago in anticipation of the Republican Party Convention to be held in Cleveland, Ohio in July of this year. The storm could easily spill over the following week to the Democratic Party Convention to be held in Philadelphia, Pennsylvania. Judging by BLM’s inexplicable attacks on both Bernie Sanders and Hillary Clinton, two of BLM’s very own, over the past few months; the storm warnings in Philly also seem quite warranted.

What do we know or suspect about the Democracy Spring? We suspect it is patterned after the Arab Spring, with the same founders and leadership at the top. We know though it claims to be about spreading democracy, its purpose is to rid our nation of the government handed down to us by our Founders. Its strategy is to promote anarchy through protesting, rioting, and other mob-like actions as if those societally destructive activities are, “What democracy looks like.” We know after our good ally Hosni Mubarak was unjustly removed from office, if it weren’t for the honorable and courageous Abdel Fattah el-Sisi, Egypt would be just another victim of the Arab Spring like so many other Middle Eastern countries since 2009, when it all began. We know the Democracy Spring, like the Arab Spring, is only intended to occur once; then the totalitarian regime with all its denials of liberty for the individual. And we know election fraud and illegal immigration are all a part of fomenting the Democracy Spring and maintaining its effects on our nation for generations to come.

But now is a moment of calm, an hour we should put to good use, when each American needs to search out and locate his or her mountain of retreat for the purpose of interceding for the leadership of this nation and for our fellow Americans who stand to lose so much, if God does not choose to intervene for us. Now is not the time to pray we stay on this side. This side is the status quo, the “walking across the aisle” for no good purpose side that offers nothing more than a less than exhilarating downhill slide over a cliff’s edge. The other side holds at least a hope of promise. This side? Nothing. If it weren’t for what remains of the pillar of fire by night and the cloud by day, we wouldn’t be talking climbing mountains, searching for a lovely vista from which to intercede for our friends, we would be pleading for a parting of the waters as an avenue of escape. Now is the time to pray all Americans reach the other side, praying we can once again leave the vestiges of the medieval feudalists, those who now claim Marx as their father, far behind us; even as we so purposed in 1776.