Obama’s End Brings a Return to the Constitutional Republic 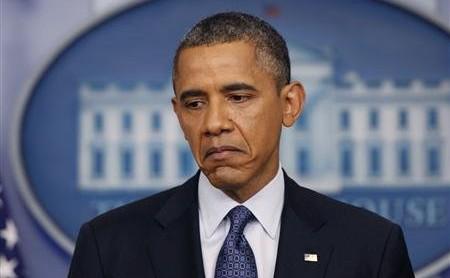 As with any political cycle or race, there are winners and losers and each side holds dear the right to grieve their loss.  But when that grief expands into riots, claims of retribution and outrageous statements such as some of those on Facebook have made, it becomes a point of absurdity.  Granted those on the left never show the calm outcome of the right when we loses, but will always show the violence as witnessed last night by those on the left to incite a fever, and one only has to watch the main stream news to see this.  I have to say that I have never seen the press act in the manner that the current crop did during this election, blatant disregard for their position as an “unbiased” presenter of information.  The after reports lean towards those whose candidate lost and how their world is in some manner coming to end.  I have to say that I do not remember the Romney people acting this way when he lost to Obama’s second term.  There were no riots in the street, and high school students along with their teachers did not walk out of class. Yes it is true that we tried to make people see what we saw in Obama, but the world did not come crashing down on our head and we recovered and moved forward.

Today I have witnessed the extreme emotional outcries of those whose party lost this election.  While it is very true that there were two different and definitive views for the future of “our” nation, the majority o American Citizens voted to right the ship and return her to the course she was designed to be on, a Republic that exists for all Americans in which their pursuit of liberty should be in a light of respect from their fellow Americans.  That does not negate the right of others to disagree with your views or your life style.  While it is true that our nation was conceived and founded on Christian principles doesn’t mean that those who disagree should be quartered in the public square.  But what it does mean is that our systems of laws were and are based on biblical teachings as given to us by our creator.  Whether you chose to believe or not is your business, but one thing is absolute:  “I am the judge of NO man or woman” other than myself and the same goes for you.  Whether you or gay, straight, black, white, brown, yellow or red we are all “one people” called Americans.

There have been many post by those within the LGBT community that accuse Christians and others of wanting to harm them and I have also been a party to statements from Black individuals that “Jim Crow” just made a comeback with the election of Donald Trump.  These statements in themselves are absurd and highlight a false fear much like those in the days of the Salem witch hunts.  And any form of racial statements against individuals is as equally unacceptable and out of the line of our American fabric.  I don’t know about you, but my God teaches me to love others even though I do not agree with them, as he created us all.  He gives us the ability to make our own choices to believe or not.

America is a nation that surrounds a multitude of nations called “states” which are also governed by the people.  For many years now the sovereignty of the states has been eroded by an abusive federal government seeking absolute control.  It is a government which stacked the deck against the American people and twisted the Constitution to reflect its own desires and views.  We witnessed this with the abuses brought forth by the Obama Administration as well as others.   This election was a clear sign that the “people” wanted to regain their control over government.  This election was also a win and a return to the rights held by the states.  So whether you are a winner or a loser in this current Presidential cycle, one thing is certain, you are still an American with an individual right to express your concerns, as long as they are based in fact.