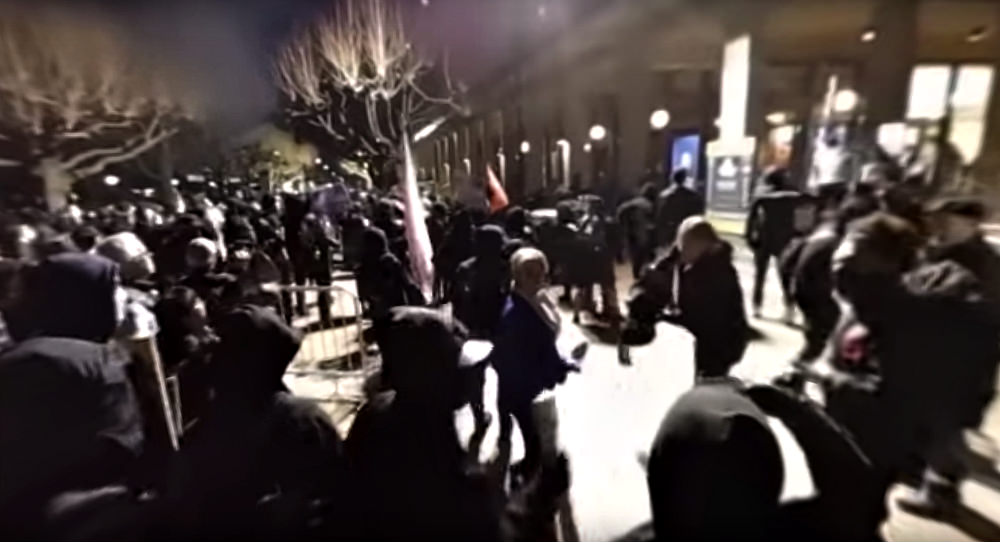 President Trump says he will deny federal funds to universities who allow student riots.  Leftists condemn this as anti-teaching, anti-learning, anti-education, and anti-American.  They ignore the fact that Obama denied funds to colleges that refused to abide by his personal law to allow men into women’s bathrooms.  What is American about teaching students to hate America and commit violence to silence free speech?  That’s not American, that’s Nazism!

Leftists demand the right to riot as a form of free speech.  They then turn about and say it is rumored that the TEA Party is in disguise doing the rioting.  There are also rumors that liberals have brains and are capable of telling the truth or even know what the truth is.  Leftists say mankind is a virus killing Mother Earth and that our population must be reduced and managed by the elites.  Then they say it’s Republicans that want to kill everyone so they can have all the wealth for themselves.  Dead people don’t produce wealth.  It’s a sickness of the dysfunctional logic of liberalism that they believe they can make up any lie and no one will be able to see through them.

If leftists believe the rioters are Trump operatives disguised as liberals, why don’t they arrest and expose them?  This is just like voter fraud.  Democrats accuse Republicans of voter fraud, but when Republicans accuse Democrats they say ‘show us the evidence.’  But when President Trump says let’s make a deep investigation the leftists all back down and move to block such an investigation.  Why?  Because they know they are the guilty party and do not want their lies exposed!

A week of campus madness

Leftists say Republicans take the low road while they take the high road.  How do Nazis define high?  Liberals say they fear Trump’s violence as they perpetuate violence.  Leftarts say the Far Right are the Nazi fascists, not themselves.  Just as they say the Berkeley rioters are an illusion created by TEA Party operatives, they declare their cities are sanctuaries to foreign invaders then claim that sanctuary cities are an illusion:

Leftists lie and laugh denying they have sanctuary cities

Of all things leftists claim, you never hear about conservatives, Republicans, Christians, or anyone on the Right even write about doing evil, let alone actually terrorizing people.  In the 21st-century the only time you hear about the terrorist Christians is when the leftists cast aspersions that they’re the ones responsible, they’re the ones pretending to be liberal rioters.  Leftarts lie about everything.  They even create lies to say the Right told them.  Leftists encourage rioters and hold police back from arresting them so there is no proof of their origin leaving them free to blame Republicans.  Just as Obama set up activist judges to sabotage Trump, leftwing operatives undermine, deceive, and sow dissent through lies and manipulations of the ignorant who are too mind-numbed by misinformation to learn that righteousness does not begin with throwing rocks.

Universities and media are breeding grounds for Nazis

Put liberals to the test: Why do they lock their doors?