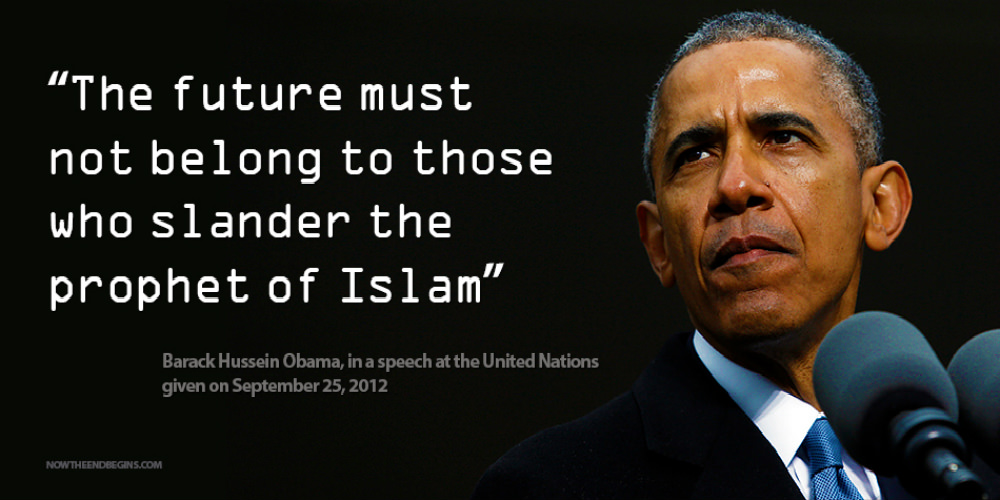 A powerful compilation of many speeches by former Secretary General of the Central Committee of the [Communist] Democratic Party of the USA, a.k.a. POTUS44, Barack Obama.

“We are no longer a Christian nation,” Obama said. “One of the points I want to make is if you took the number of Muslim-Americans, we’d be one of the largest Muslim countries in the world.”

“My father came from a Kenyan family that includes generations of Muslims,” Obama said as he fondly recalled hearing the calls to prayer when living with family in Indonesia.

“We will convey our deep appreciation for the Islamic faith which has done so much over the centuries to shape the world.” He repeatedly praised Islamic art, culture, education and innovation.

“Islam is not part of the problem in combating violent extremism. It is an important part of promoting peace.” Tell that one to the thousands of victims of Islamic extremism.

“I also know civilization’s debt to Islam,” Obama added that it was Islam that paved the way for Europe’s enlightenment and renaissance.