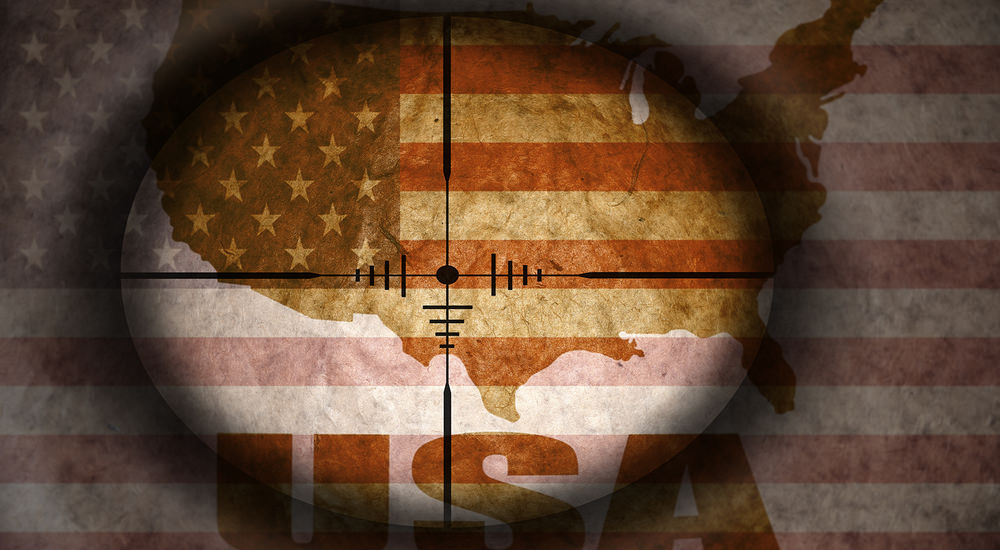 Recently it was announced by American Action News that the state of Florida has become number one…but not in any desired category.  Florida, one of the big destinations for tourists from around the globe, has become one of the largest breeding grounds for terrorism in the United States. The Orlando massacre was just the latest in a series of terrorist actions in the United States.  Why, if this information is known, are the authorities not doing anything about it? The Muslim Students Association at the University of Central Florida, started by the radical Egyptian Muslim Brotherhood whose goal is to encourage the pursuit of “jihad,” hosted a terror-aligned individual, Siraj Wahhaj, to speak. He has been connected with the first attack on the World Trade Center in 1993, along with other plots. The Husseini Islamic Center, in Sanford, hosted an individual who preached anti-gay language, even encouraging Muslims to take action against the gay community. This happened only a few weeks prior to the attack on the Pulse nightclub. Did this not raise any red flags…anywhere? Converts to Islam are easily found in prison because once they realize that the Quran condones everything for which they were imprisoned, they jump at the chance to become Muslims.

Is there anyone left that doesn’t think the Infernal Revenue Service, and that’s “service” like what a bull does to a cow, isn’t one of the most convoluted, most secretive, and most independent, agencies in the Federal Government? This is an agency that is supposed to be helping the public but works against it. This is an agency that, seemingly, answers to no one.   This is an agency that has as much, or more, power than any other to literally take everything from a person…their home, their business, their bank account.  We have seen a middle-to-high echelon employee, Lois Lerner, take the 5th Amendment, which is her right, and refuse to testify. What is aggravating is that she went on administrative leave, with pay, for several months!  Back in May of this year the current IRS Commissioner John Koskinen politely skipped his appearance in front of an impeachment hearing. Just imagine if the average citizen skipped a court appearance, even in the lowest court…a bench warrant would be issued and that person would be picked up and jailed.  Republicans on the House Oversight panel used a business meeting to approve a resolution 23-15 “condemning and censuring” John Koskinen, over the objections of committee Democrats.   The resolution expresses the sense of the House that Koskinen “engaged in a pattern of conduct inconsistent with the trust and confidence placed in him.” It urges his “resignation or removal” and would require him to forfeit his government pension and other benefits.  Gee…that should certainly have been cause for his exit…but it wasn’t.

Probably the worst-kept secret in Washington, and elsewhere, is the covert hostility shown to Israel by this administration.  From one of his two faces, the current occupant of the White House pledges his support to Israel…but his actions are dictated by the other face.  As an example, in the Jewish Press.com on June 15th it was reported that The American Israel Public Affairs Committee (AIPAC) issued a statement criticizing the White House Office of Management and Budget’s “Statement of Administration Policy” which threatened to veto the Senate’s $576 billion defense spending bill, among other reasons because the statement of policy “opposes the addition of $455 million above the FY 2017 Budget request for Israeli missile defense procurement and cooperative development programs.”  Now, to me, if you’re a friend of a country you don’t try to cut off any defensive aid to that country…do you? One of those “problematic ideological provisions” that the Office of Management and Budget(OMB) is the increased allocation for Israel’s missile defense research and development.  Israel has developed the “iron shield” which seems to work well enough so that the United States is considering buying it and possibly attempting to improve on it.  His overt bad treatment of Prime Minister Benjamin Netanyahu on the occasions when the PM visited Washington was probably the truth of the relationship.

Perhaps you’re not aware that the United Nations is actively and persistently trying to worm its way into the United States judicial system, pushing for laws and regulations that are completely contrary to the American way of life, to say nothing of the United States Constitution. The latest attempt follows the Orlando terrorist shooting.  As reported in the New American by Alex Newman, Responding to the Islamist terror attack in Orlando that killed 50 people in a “gun-free zone,” the United Nations and its “High Commissioner for Human Rights” claimed again Tuesday that the U.S. government has an “obligation” to implement “robust gun regulation.” According to UN human-rights chief Zeid Ra’ad Al Hussein (shown), the terrorist massacre and other killings are a “direct result” of the U.S. government’s adherence to the U.S. Constitution’s Second Amendment, which protects the God-given right of Americans to keep and bear arms from infringement.  This is in addition to their strong push to get Agenda 21 into the United States and, if you don’t know what that is, you should check it out.  To say that it’s nefarious is pretty much an understatement.

Want a second wife…how about a third or fourth?

Here’s an interesting piece of news, and I’ll bet you never heard a word about it.  It seems that in the United Kingdom, or at least in that part of it that is being over-run by Muslim invaders, common sense has flown out the window…maybe forever.   As reported in The Daily Mail on June 19th, an enterprising Muslim has gotten himself a website called SecondWife.com and another called Polygamy.com.  SecondWife caters for Muslim men while Polygamy is for all faiths.   This should be of some interest to the other citizens of that area because Britain has all but given up its sovereignty to the Muslim invaders.   Azad Chaiwala, 33, is the brains behind SecondWife.com and Polygamy.com, and while Bigamy is illegal in Britain and carries a jail sentence of up to seven years,  Mr Chaiwala insists that his service is promoting fidelity and stopping women from being lonely.   His sites, he claims, are about old fashioned values.   Wait…did I miss something here?  Suddenly bigamy is not a crime in the UK, just because this guy says so?  Also, doesn’t Islam permit Muslim men to have up to four wives, so he can beat them at will?   But I digress.

Mr Chaiwala explains: ‘Users police each other and every picture is vetted for decency. We do not allow cleavage.’   Mariam Khan, councillor for Washwood Heath in Birmingham said:  ‘It is the women who suffer.   ‘The modern-day version of looking for a second wife is disrespectful to women, and it is not using the Islamic teaching in a fair way. It ends up in a deteriorating relationship between the husband and first wife.’   SecondWife has 35,000 members, mostly from the West Midlands, while Polygamy has 7,000 since its launch last year.   Visitors first click on a verse from the Quran, that reads: ‘Then marry women of your choice, two or three, or four, but if you fear that you will not be able to deal justly, then only one.’   Mr Chaiwala said that polygamy, across all religions, is more popular than it has ever been.   The East Midlands businessman intends to use SecondWife.com to find two more partners – but admits his Leicester wife has concerns.

‘There is not a woman on earth who would be totally comfortable with it,’ he said. ‘Even the Prophet Muhammad’s wives showed signs of jealousy. I’m quite picky.’

Mr Chaiwala stresses that he is not promoting a criminal act with his websites. His religion allows a man to have up to four wives, as long as they are in agreement with the arrangement.   Those tangled relationships can be celebrated through a civil-style ceremony in mosques but cannot be cemented through a legal service.   Mr Chaiwala, who is convinced that polygamy will eventually be made legal in the UK, said: ‘This is my wedding, I do not need to have a piece of paper. Is it illegal to have a mistress?’   He added: ‘People go to a nightclub and have a one-night stand and that’s the end of it. Men go with prostitutes; people look for swingers’ clubs.   ‘A man wants to get married to multiple partners in an honorable manner, he wants to share his love and resources – why do you have an issue with that?   ‘It is not for everyone – some men are not physically, or financially, capable of taking care of other women.’

Another step downward on that slippery slope.