The Obamacare Landmine has Tripwires and Triggers Built In 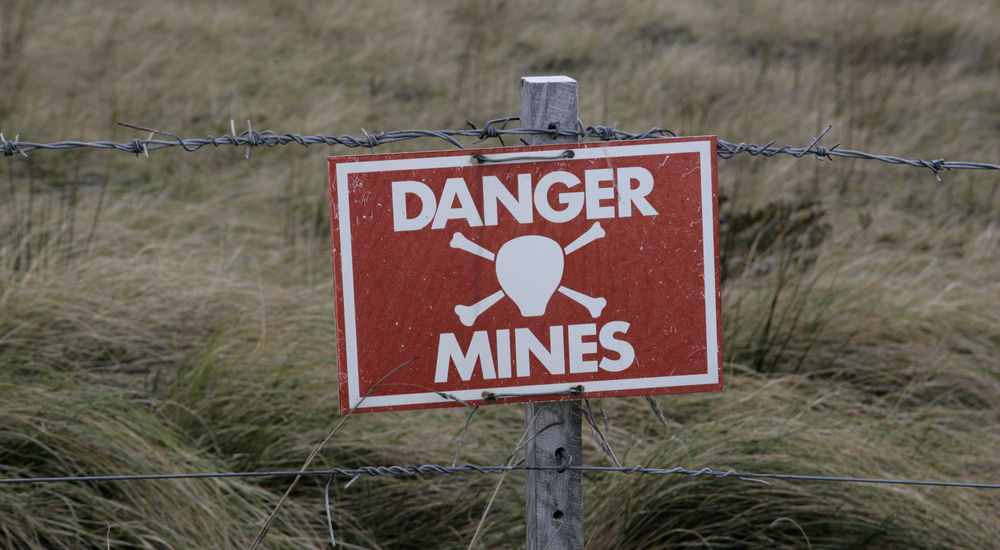 Many inside and outside of government accuse the former president, Obama, of laying landmines for future administrations in order to fulfill his quest for a more perfect global society; Utopia.

The undercurrent of this speculative theory surfaced as a tidal wave with the November, 2016 election when it was realized that Democrats would no longer be able to act unconstitutionally from the power position of the Oval Office. Almost immediately, Obama began executing executive orders and sending regulation requests to create havoc and disorganization as they are implemented.  Some of the directives are considered mini-timebombs to temporarily interrupt governing at irregular intervals and others are far more devastating.

Excavation for the planting of explosives actually began with the highly partisan progressive Democrat controlled House and Senate. The 111th congress was absolutely giddy with the power accessed by deceiving voters and conferred by the presiding Despot-in-Ministry. They began shoveling deep into the Marxist movement of America from their first seating. It was as if they had been given free reign by the ignorant and unsuspecting masses. Regulations rattled from every office of the White House and every agency and department of the federal government.

Republicans, even those who wanted to, had no way of stopping them. If there was a balk to a bill or dissent on any legislation, the questioning individuals were labeled racist, a tag that is virtually impossible to remove. The Marxists simply labeled them, shelved them and continued their journey down the path of national destruction.

One of the largest and most highly explosive land mines is the Patient Protection and Affordable Care Act (PPACA) aka Obamacare. Over the past seven years, it has proven to offer little Patient Protection, is not Affordable for those who most need it and actually offers less Care than was available prior to its implementation. It Acts as a wealth distribution program.

Designed not to keep the American population well, it was meant to move money from the wealthy and the workers through the government to the poor. In doing so, the workers join the poor and socialism wins. To assure its continued capitalist society disintegration, health care was immediately deemed a “human right”. Because it is impossible to dismantle a government program once identified as a human right, the pressure plate was depressed with the passage of the PPACA. This is what we had to find out after the giant gavel wielding Pelosi and her happy band of Marxists passed the bill that President Obama signed into law on March 23, 2010.

Since that time, there have been unconstitutional changes made allowing this new economic and health wound to grow and fester as the masses acclimate to the costly but only semi-effective antibiotics. Now dependent on the drugs of the social engineering program, it is impossible to effect a quick rehab. The “racist” opposing party was covered in dust. They are still swiping at shoulders and sleeves unable to recognize in the cloud that they can now act as the legislators for whom we voted.

The only way to fix Obamacare is to release the pressure plate. Let it blow. There are simply too many sensitive triggers strategically placed to try dismantle it and find all the primers. Toying with it will only allow the deeply hidden destructive capabilities placed within to explode, individually, creating casualty after casualty.

Yes, some people will be hurt. Most of them are now suffering with tattered bandages on pus filled wounds. They are the people who cannot afford to replace the dressing.  A new and different program with a vision and goal of actual health and health maintenance might provide for cleaning the infection and allow a scab to form as healing begins.

Before any dismantling and rewriting begins, it must be recognized that health care, like economic welfare, is not a “human right”. It is a societal courtesy. It is an earned merit. But, it is not a right! People who feel entitled are simply wrong.  Doctors and other health care professionals are only obligated to care for the injured or infirm by oath; a personal pledge…not government mandate.

A few intelligent heads can remedy the health care system. A small committee comprised of doctors, hospital administrators and insurance professionals  can do a far better job than elected officials without the required knowledge.  They must be mindful that cries from every corner of the nation cannot be appeased.  Trying to do so will injure us all.

* Note to congress.  Clear the ground and take shelter. Blow it!  Stay out of the toxic wind and give us a heads up so we can too. Pick up any pieces that fit together flawlessly and remold anything that has been lost. No malignancies. It must have a completely different look and most of all it must be without detonation capability in 2, 4 or 20 years from now.  Question:  Why does health care, if that’s what we’re really talking about, fall under the jurisdiction of the IRS instead of HHS?

Now, let’s talk about health care for veterans.  They deserve a functioning health care system.  They were guaranteed it on enlistment or commission and they most certainly earned it.