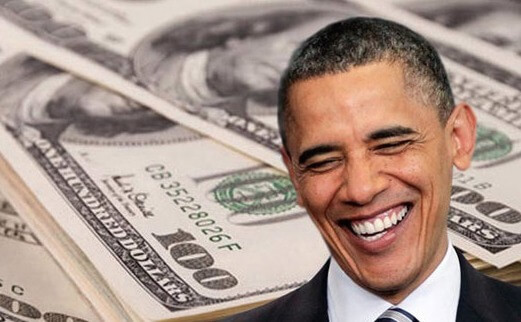 When I heard that Bathhouse Barry had appointed himself as the evaluation team for his presidency I wondered where it would go. Of course the narcissistic personality disorder that dominates his everyday decision making would never allow the word “failure” to come anywhere near him.

When I was confronted by the fact that Team Obama’s evaluation of his Majesty and the “successes” of his administration was being prepared as if he had for 8 long years been walking on water and raising the dead (America). I knew that there might be a bit of a bias in the final adjudication of his rule over the ship of state.

My quandary now is that I look at the lists of pros and cons that I have gathered together in my own summary of where we are today and where we have come from as a nation under Bathhouse Barry’s watch. Without further ado let me tell you my conclusion and the dilemma that I now face.

The two major directions that this evaluation could go in share one common thread and it is in the balance between “failure” and “treason” that I am encountering a schism in my thinking. Would it enhance the nation’s ability to survive and return to its foundations if I recommended hanging or firing squad as the two options in reward for the 8 years of tearing the Republic apart and enabling our enemies and those whose purpose in life is to be loyal to another regime and not America? Or would it cause more problems than it is worth.

My determinations regarding an increase in pay would be a resounding no to that notion and that death is the nemesis of those who betray their country. The how of it is the only debate in my mind.