Obama Threatens to Pronounce Himself Dictator if Trump Wins 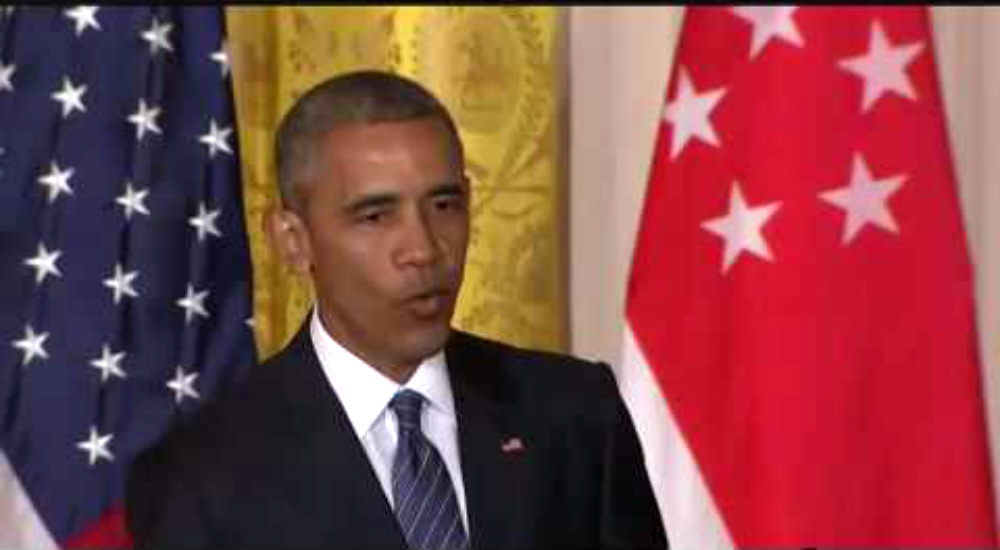 The man who violates the Constitution on a daily basis says Donald Trump is not fit to be President and that he will not tolerate a Trump presidency.  Trump, he says, will not adhere to the political norms like McCain and Romney, i.e. he will not be an obsequious Republican.  The most corrupt politician ever to hold the office of President and his leftist minions say that Trump is “insane” and psychologically unstable because he gets into conflicts with Democrat operatives.  GOP fools who fall for Democrat propaganda and attempt to mollify them with political correctness are lambasted by Obama for their support of Trump.

Obama’s concern that Trump will undo everything Obama has worked to inflict on this nation is real. Therefore his threat is real.  Trump represents the restoration of Americanism over Obamaism and the transformation of the America Obama promised through the Islamization of the West.  The Donald’s response is that Hillary is unfit to be President because she has assisted Obama and his policies of weakening America and strengthening Islamic jihadi’s.  That this could finally create the Constitutional crisis of which conservatives have been warning will not be an “I told you so” moment.