Obama, Liberals and the GOP are Sabotaging Our Country 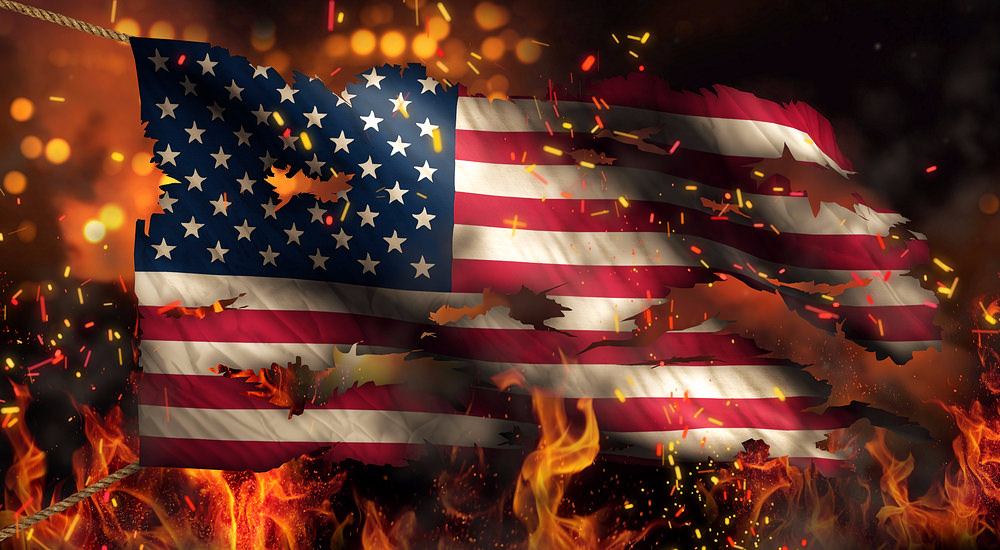 Most people have enough sense to know when they are being insulted, demeaned and abused. This truism breaks down when it is applied to professional politicians, the so-called news media and the entire Political Class.

The reactions from the aforementioned groups in the aftermath of yet another Muslim terrorist attack in Orlando, Florida prove the point. According to these purveyors of perversion, Christians, Republicans, guns and the NRA are the real culprits. The ruler of this world, the original evil one, must be doing a victory dance in the pits of Hell.

The drumbeats of victory emanating from Hell began in the seventh century when the faux religion of Islam was created. The very core tenet of the Islam is that those who do not embrace the ideology should be killed if they cannot be converted. The killer in Orlando had been taught that he was doing the homosexual victims in Orlando a favor by dispatching them to the nether regions. Mercy killing was the order from the Imam at the local mosque.

But the teachings preached by the Muslim interpreters are totally ignored by responsible individuals who should be doing more to end this menace in America. Hillary has taken millions of dollars from Middle Eastern countries for the Clinton Foundation. This makes it obvious why she cooperates with the Muslim Agenda.

Our President wants more Muslims brought to our shores. He and his administration make no apologies for their plan to change America one Muslim import at a time.

Ask the Mayor of Amarillo, Texas about the impact of Muslims on that great Texas town. A Somali “refugee” recently took hostages at the local Wal-Mart. At the end of the day, the terrorist was dead thanks to local police.

But the mayor admits other problems. Negative impacts are being felt in the local schools. The system cannot cope with students who do not speak English. Indeed, the mayor says that seventeen different variations of Arabic make it impossible to teach these children anything.

Crime rates in Amarillo have skyrocketed. Police are increasingly frustrated by the rising rates. The major has been told that local enclaves of the evil imports have elected their own majors and that Sharia Law rules.

That group is led by Paul Ryan in the House of Representatives and Mitch McConnell in the Senate. Stop the funding. Turn off the cash flow. End the Muslim import business. Close the borders to illegals crossing them. Stop ignoring the real problems that threaten America.

This old man in the woods is tired of being insulted, demeaned and abused because he is a Christian, a Constitutionalist and a Caucasian. Also, he is tired of being told that his country is responsible for Muslim terrorism.