Obama: Incompetent or a Traitor? 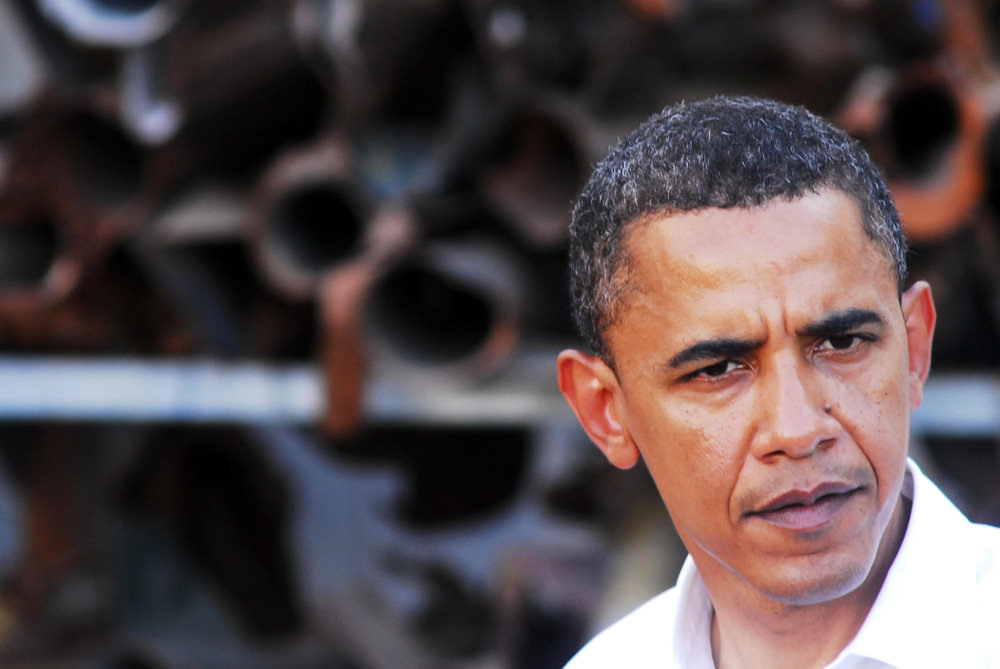 There are only two explanations for Obama’s actions as president. He’s either totally incompetent, or he’s a traitor. And I don’t think he’s incompetent, in anything except his belief in socialism.

He’s using our money to pay the way for hundreds of thousands of “Syrian refugees” to move here without any kind of “vetting.” Many of them are going to be Islamic terrorists, invading our country in the guise of refugees. Think not? Look at the makeup of those “refugees.” Almost all are young, strapping, fighting age men. Very few are women, children, or old people. And very few are not Muslims. In a recent bunch approved, more than 1,500 “refugees” were Muslims, and two were Christians. No Jews, and no members of any other religion. This is a modern day “Trojan horse,” and soon we will have Muslim men raping our women in the streets, claiming they “came on” to them, when all they did was smile. Then they will go out and get illegal guns, which they will use to kill everybody they can’t “convert” to Islam.

Currently, Muslims all over are claiming they are “offended” by things that are integral to Americas. Like our American flag. They say that “offends” them and wish it taken down, everywhere they can manage to intimidate the locals enough. Other things that “offend” them are evidences of our Christian or Jewish faith. They want to have removed, all images that support our religion, while claiming every action against them is “religious intolerance.” They take jobs they know involve things like delivering booze, knowing that was part of the job, then they refuse to do it on religious grounds. They get fired, and sue for “wrongful termination.” They’re given massive “awards” by corrupt judges. Awards guaranteed to force their former employers out of business.

They take a page out of the gay intimidation movement, and go to bakeries and demand that anti-Christian slogans be written on cakes. When the devout Christians refuse, they sue them and more corrupt judges give them more excessive “awards,” guaranteed to put those Christians out of business. They consider screwing little boys a “cultural thing” and keeping those boys chained to their beds to keep them around for more screwing. And they call us “corrupt” and “perverted.” They speak of women wearing fairly conservative dresses as “whores,” and shame them in public. Part, I’m sure, of a future drive to force them to wear the “tents” they force their women to wear.

They refuse to “integrate” into the community, establishing “no-go zones,” where any non-Muslim who enters is tracked, and assaulted by large numbers of Muslim males who have a cell phone “tree” that can summon them on a minute’s notice, to help in the “beat down.” In some places, even the cops won’t go there, and advise others to stay out. Soon, gangs of Muslims will be going around shooting people to death, then disappearing into the neighborhood so they can’t be apprehended for their crimes—as they have been doing for a long time in other countries. And that will include more rapes and other assaults on American women.

Meanwhile, Obama is cutting our military budgets unmercifully, to the point where they soon will be unable to mount an effective fighting force. He’s firing top generals, so the military won’t have efficient leadership to oppose him. He refuses to fund the Veteran’s Administration adequately, forcing our hero vets to wait months for a simple doctor’s appointment. In one case, a helicopter squadron is reduced to two flyable aircraft, while the rest sit idle, waiting for parts to make them airworthy. Meanwhile, the pilots do not get enough air time to maintain their flight status, because of lack of flyable helicopters..

At the same time, while importing thousands of Islamic terrorists, he is working hard to disarm Americans so we will be defenseless when they come to kill us. And he asks why we are so adamant to retain our right to be armed in self defense, saying the cops can protect us. But he’s wrong. The cops themselves who are “in the trenches” will tell you a citizen with a gun is a lot better than 9/11, to summon a cop, who can be minutes, even in some cases, hours away. They can’t “protect” us, they can only clean up the scene, dispose of the body or bodies when somebody shoots one or more of us with their illegal guns, make sure the paperwork is done, then leave, while we remain “sitting ducks” who have no means of self defense.

Everything he does regarding Muslims, he, and his accomplices decide in the Muslim’s favor. He won’t even breathe the words, “Islamic terrorist. Is this an accident? I don’t think so. I think he was brought out from under his rock to “elbow Hillary Clinton aside” in 2008 for the express purpose of doing exactly what he is doing. Disrupting everything we do with his inane and stupid policies. One of the recent examples is ordering us to allow men into women’s restrooms and changing rooms if they say, “I think I’m a woman today.” And many incompetent business executives go right along with it, as Target stores have done. He works hard to disrupt our lives. Is this an accident, and due to incompetence?

I don’t think so. I think he knows exactly what he’s doing. His purpose is to disrupt our lives while he makes policies that are inimical to our lives. This is becoming more and more evident to those of us who pay attention to what he does, this is not the “pipe dream” of somebody wearing a “tinfoil hat” to keep the “control rays” out. It is logic, and common sense. Way too many people who could do something about him are ignoring what he’s doing. Even the Republicans, who won in a landslide in 2012 on the promise to stop his outrages, now fund them, saying it doesn’t matter that they are in the majority in both houses, as long as he is president, they can do nothing. Fools, they are.

If something is not done about him soon, this country will go down the tubes. We need to take away his “pen and phone” so he can make no more silly policies that are illegal, while threatening to take away billions in federal funding if they don’t obey his edicts. He is bound and determined to change us from a free market nation that is the “destination of choice” for people who want to improve their lives to a “socialist paradise” that can only survive as long as they have the fruits off the free market to seize and redistribute. He wants this country to become the new “socialist showcase country,” since the Soviet Union’s government collapsed, as will every country run on socialism.