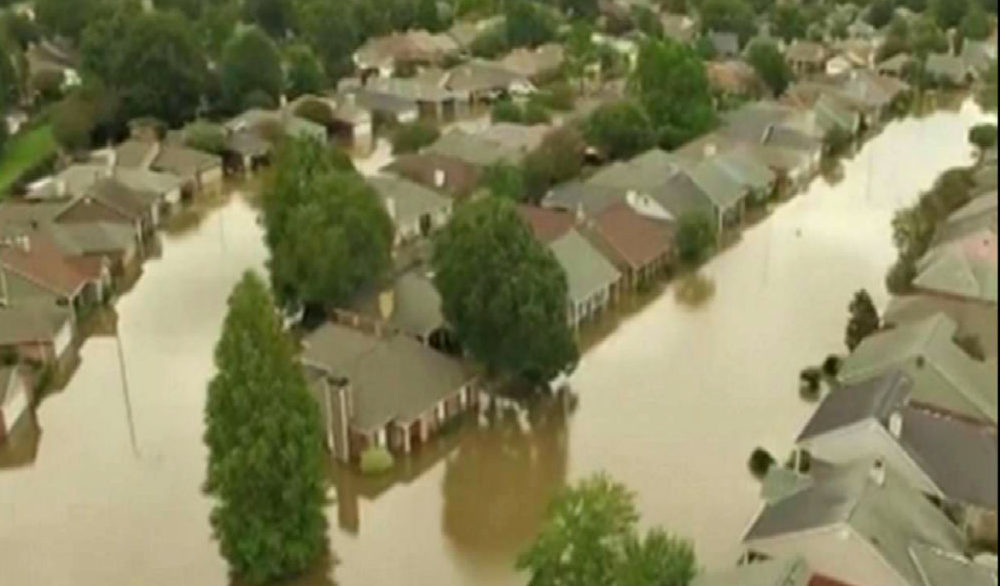 The parallels between the recent flooding in Louisiana and the tragic aftermath of 2005’s Hurricane Katrina show how history has an uncanny knack of repeating itself; however, the weather was the only major similarity when it came to reaction from the mainstream media.

In a move that was described as “presidential,” Republican nominee Donald Trump was the first politician to set boots on the ground in flood-ravaged Louisiana. Accompanied by his running mate, Mike Pence, the two passed out toys and supplies to the flood-stricken residents in a scene that seemed to humanize the oft-criticized GOP candidate.

However, the president did not mind taking a break from nothing to do a fundraiser for democratic nominee Hillary Clinton. You know… priorities.

But it’s okay, says Louisiana’s Democrat Governor John Bel Edwards. He said that Obama’s appearance in Baton Rouge would actually make things tougher on the residents because it would take resources away from the recovery effort.

“It’s a major ordeal, they free up the interstate for him. We have to take hundreds of local first responders, police officers, sheriffs, deputies and state troopers to provide security for that type of visit. I would just as soon have those people engaged in the response rather than trying to secure the president,” said Governor Edwards.

Well, if you insist, Governor. Let’s play another 18.

And Hillary? Her official schedule was empty, but it was reported she called the governor.

It brings back memories of 2005, where Obama stood up and chastised then-President George W. Bush for merely flying over the hurricane-ravaged New Orleans.

The Washington Post went so far as to call Bush’s Katrina response the second-worst moment of his eight years in office. Meanwhile, what was the mainstream media covering when Trump was the only public servant acting like a public servant? Well, some swimmer may have faked a story about getting mugged. Critics have gone so far as to even chastise Trump’s delivery of Play-Doh to children, mocking the gift as insensitive to the needs of the victims. Well tell that to the little kid who lost every single possession he ever had.

Meanwhile, the mainstream media and Obama apologists are falling over themselves to make up excuses for the lack of a visit to the devastation. Trump is a terrible person for giving out Play-Doh and this is obviously a photo-op for a candidate trailing in the polls, but the president is worried about traffic so he’s staying away and that’s what a kind, sympathetic leader would and should do.

Could you imagine the outcry if Hillary Clinton was in Baton Rouge while Trump was at a fundraiser? You could see the headlines now. “Money More Important Than Lives.” “Bush, Part Deux.” “Clinton In Big Easy, Trump Plain Sleazy.”

And no one was there to write a whopper like “traffic control” for Bush in 2005. The lengths in which anyone goes to defend the actions of the Golfer-In-Chief are literally astounding. Seriously? He’s a great leader because he didn’t cause a traffic jam?

So Bush is a terrible leader and a racist because he only flew over Hurricane Katrina’s damaged areas, but Obama is a conscientious president because he was kind enough to stay away. You can’t write this kind of hypocrisy.