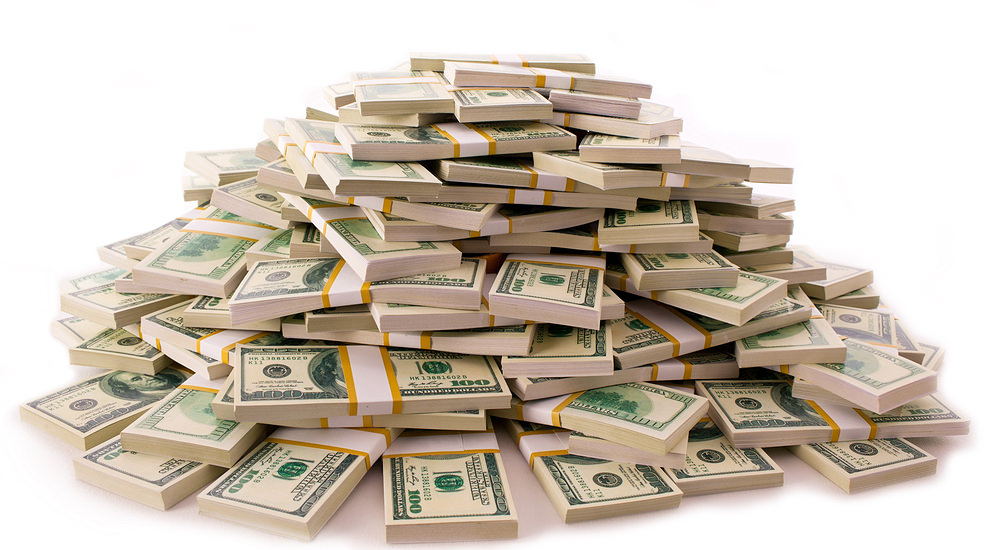 What happens when you give stuff away? Logically you think demand for the item would rise. I’m not talking about giving away a free pencil eraser with every hundred dollar purchase. I’m talking about something of real value.

By the way – for those under the age of 25, a pencil eraser is an old-fashioned manual delete function.

I’m talking about giving away free televisions or smart phones, etc., with no strings attached. Do you think you might have a line encircling your store three or four times over? Of course you would.

Or what if you were a dog or cat owner and someone steals your animal – holding it for an exorbitant ransom – and you pay it. Just don’t harm the animal, you say. There will be no police involvement – no investigation of any kind.

The animal is returned safely and all appears to be well – except that it isn’t. Because of this one incident, you have now become a citywide target for every criminal wishing to make a quick buck.

By simply giving in the first time, the criminal element now considers you a patsy and your animal the unwitting victim.

Well, the inept Obama administration is of course the pet owner and any American, military or civilian, who travels to or near Iran are the pets.

Anyone with a brain knows that the $400 million paid to Iran recently was ransom to get our people back. The administration has spun this sad incident as mere coincidence six ways to Sunday. I’m sure many ignorant Americans believe a line of crap that we had to eventually pay the debt we owe the Iranian government, from 37 years ago, and it just happened within hours of the American hostage release.

But many more don’t believe it. Among the many that don’t are the Iranians, who apparently intend to repeat the lucrative exchange. On Monday, “the State Department issued a warning, urging U.S. citizens to avoid travel to Iran, which has made the detention of Americans a priority.”

The Free Beacon reports it as a “growing scandal over the Obama administrations decision to pay Iran $400 million in cash on the same day that it freed several U.S. hostages.” They may report it as such, but to me, it’s just another day at the office for the most corrupt and at the same time inept administration we’ve ever had – that is until Hillary is elected. Then it will be Katie bar the door.

The Kerry State Department continued the warning: “U.S. Citizens traveling to Iran should very carefully weigh the risks of travel and consider postponing their travel. U.S. Citizens residing in Iran should closely follow media reports, monitor local conditions, and evaluate the risks of remaining in the country.”

Why anyone would wish to travel to Iran is beyond me, but I guess you have been warned – warned that due to the ineptitude of Obama, you may be captured and held for another planeload of palletized cash – or maybe this time it will be for missile technology. Who knows?

Although this particular warning is relatively recent, not a word throughout the entire State Department document is there even a hint as to the real reason you may be captured. Instead they state reasons such as, “Former Muslims who have converted to other religions, religious activists, and persons who encourage Muslims to convert are subject to arrest and prosecution.

Although these may be legitimate, they’ve also been standing warnings for years. They are not new. What is new is the $400 million non-ransom ransom payment. It is the only thing that has changed recently. And considering the influence Iran wields in the Middle East, don’t be surprised if Iranian terrorist surrogates start snatching up Americans.

The bottom line is that Iran does not fear or respect us any longer. Really, no one does. They believe, and rightly so, that they can get away with almost anything with Obama in the White House – and to date, they are not wrong.