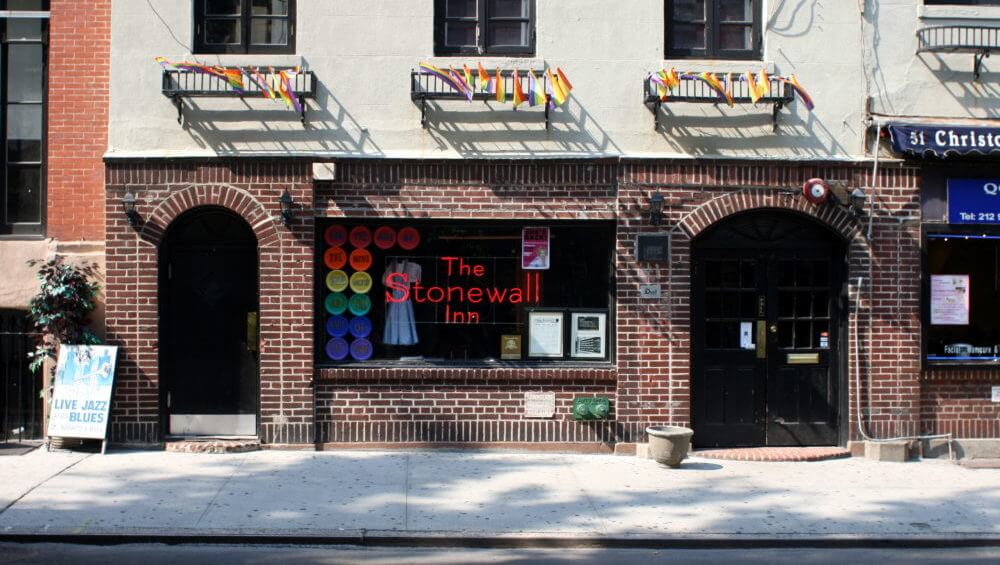 NEW YORK CITY 5/12/16 – The Stonewall Inn was a curiosity in New York City. People knew quirky things went on there but the proclivities were not clearly defined to the rank and file person. Then the massive police raid on the sodomite saloon in 1969 brought out clarity about the bar spoken of only in whispers.

The only problem was that some wealthy deviants came in to hook up with someone, anyone who would be available, and secret photos would be taken and then presented to the patron with the opportunity to ‘purchase’ them at a million times over the value of a regular photo.

One such patron went to the police to report the blackmail attempt, at the expense of his own reputation, testified to what went on in that sleazy bar, resulting in the massive highly publicized police raid on that establishment.

The next day, people read the accounts of what took place at that bar with total disgust. They were happy the place was exposed and put out of business. Living in the city at the time, one could pick up the conversations going on in every area with shaking of heads. Now that was back in the days before homosexuality became fashionable. It was around but not really considered chic.

Enter Barack Hussein Obama, the first and only “gay” to occupy the Oval Office, not voted in mind you, but PLACED there by George Soros and The Communist Party USA. The so-called election was rigged.

Obama’s main duties, it seems, is to strong-arm other countries to implement “Gay Rights,” including “bathroom laws,” that state it is a civil right for perverted men to have full access to the entry of women’s rooms, lockers and showers. Obama is importing immorality throughout the world. Gay rights were just celebrated in Italy.

The United States is now the largest exporter of pornography in the world. Much of it is filmed and photographed in Los Angeles and especially the San Fernando Valley, in particular, Northridge. And God will not judge America for this kind of sin?

No wonder we have the freakiest most violent weather disruptions in history, a crime rate that has quadrupled with murders taking place on our streets and even the highways where they simply shoot someone driving a car. Sexual crimes have skyrocketed with rapes of children becoming commonplace.

When a nation loses its morality it loses its strength and its influence. And certainly blocks God’s protection. Plus the fact that Americans daily murder thousands of babies about to be born, by tearing them apart, limb by limb, while they are still alive and conscious. Yes, the little babies feel the horrific pain. However, they must be disposed of since they are ‘inconvenient’ to the selfish couple who caused that birth and don’t want to be “tied down.”

So all the chaos is God’s judgment on America, and rightfully so. And to allow Satan’s representative to sit in The Oval Office in command of America, dooms us all, unless politicians take rightful action to stop this insanity which is unlikely.

The spineless cowardly Republicans will do nothing…why? – because of their addictions! Yes, addictions: They are severely addicted to a habit every bit as strong as drugs, alcohol, sex or gambling.

It is the addiction of political power that includes occupying gold leaf offices, being famous, and being quoted in the newspapers. The do NOT want to give that up after having a taste of it. This is why they will promise one thing, seemingly sincere, and then reverse that promise in order to not upset those who REALLY run our country and can decide their future.

Meanwhile, Obama is now in the process of Christening Stonewall Tavern, as a National Monument to Sodomites. A meeting is being planned with Secretary of The Interior, Sally Jewell who is head of the National Park Service, which is necessary since Obama plans to turn a city park across the street into part of that memorial to celebrate the 1969 Stonewall Uprising that “ushered in a new era of “gay rights.”

Be sure and add on that Memorial, The Birthplace of the Aids Epidemic, with the names of those who died from that disease on a plaque.

Oh yes, and be sure and include a statue of Obama in the park since he was and is a prominent phallic symbol.

Our politicians will do NOTHING to remove Obama from office. This is precisely why Donald Trump has received such incredible support. People are fed up. They want someone who is fed up with the status quo and is angry enough to do something about it.

The vicious attacks against Trump, is really against those who are determined to have a healthy change in our government. That means the rank and file citizen. Communist Leader George Soros has spent about a billion dollars trying to turn the public against Trump. Yet he has not spent one cent in trying to knock Ted Cruz out of the race. Hmmmm.

READERS: This is not trumpeting for Trump. We are not pushing any candidate. This column simply analyzes the facts. To most people, Trump represents the only way to rescue the United States of America from total destruction. He cannot be bought or unduly influenced by any idea that would harm our country. He is his own man. Citizens have come to the conclusion that the only revolution that will spare our country is a Trump Revolution. Perhaps this is so.