Obama Has Become the Greatest Con Man of All-Time 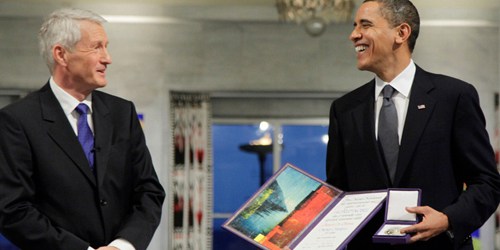 Barack Obama will go down in history as the greatest con-man to ever live, maybe as great as Muhammad.  Where Muhammad brainwashed the outcasts in the Arabian Desert to become fanatics, Obama has brought down the greatest Christian nation in the history of the world to its knees.  The leftists who believed in their false prophet are reaping what they have sown.  It is an unfortunate truth that so many good people were also duped into believing he was the New Redeemer.

Barack Obama has launched the New Jihad by igniting wars worldwide.  His assistance in giving the Muslim Brotherhood arms and funds from America, while at the same time weakening Islam’s “Great Satan,” has rocked the free world back on its heels.  Under his boot, Europeans have been forced to accept an invasion of Moslems who are raping and rioting and terrorizing their way into Europe.

Obama wars have overthrown governments allowing the Muslim Brotherhood to launch the New Jihad worldwide.  He got an American ambassador killed in Libya, deliberately not sending any rescue or fighter support for our embassy in Benghazi when it was attacked.  He pulled all U.S. troops out of Iraq to allow ISIS to grow, arming them to attack Syria and then acting surprised when they turned to invade Iraq.  His mock bombing campaign has been more to subdue the Assad regime than halt ISIS, but the Russians had other ideas.  Even as coerced our European allies to accept Moslem invaders, and allowed Iran to invade and control Iraqi territory, and his wars have led to direct conflict with Russia.

Putin, who thought he was getting a good deal when Obama offered to be “more flexible” in his second term and allow Putin to invade Ukraine, is finding that he, too, was duped.  Now he and Obama are butting heads in Syria and Putin is turning to Trump to help him push back the Jihad.  The question is; does Trump know what is at stake?  Do Americans?

Bush attacked Afghanistan to get OBL and crushed the Taliban.  He invaded Iraq to go after Saddam who attempted to assassinate an American president, was shooting at our planes, and kicked out UN weapons inspectors.  Bush won both wars plus the insurgency in Iraq.  Saddam and the Taliban were overthrown, but peace has eluded the region because of the poor strategy of Colin Powell and the Left.  Liberals say those where unjust wars and deny any victory based on the results created by the man they voted for to institute his policies of assisting Islamists.  These fools believe that Islam is a part of America’s founding and believe accepting Sharia would be a good thing.

Liberals believe Sharia would be great for America

Russia is trying to counter Obama’s Jihad which will only lead to world war.  Obama’s assistance in infiltrating Islamic jihadis into the West has resulted in a colossal rise in all kinds of terrorism; from molesting women in the streets to workers beheading co-workers for rejecting Islam.  The New Jihad is here and Obama, Hillary, and the Democrats are inviting it into our homes.

Islamists coming into the West is not immigration, but an insurgency

[Author’s Note: The funniest and stupidest line I have heard from liberals is that Trump is not qualified to be Commander-in-Chief because he has no military experience.  He went to a military school, which gives him a thousand times more military experience than the cokehead stoner Obama who they made Commander-in-Chief of the greatest military in the world, and look what he’s done to it!

Democrats say you must follow the Moslem to be Christian

No one dares ask Hillary about Huma’s Muslim Brotherhood connections