Media Blackout on Jihadist Attacks Around the World 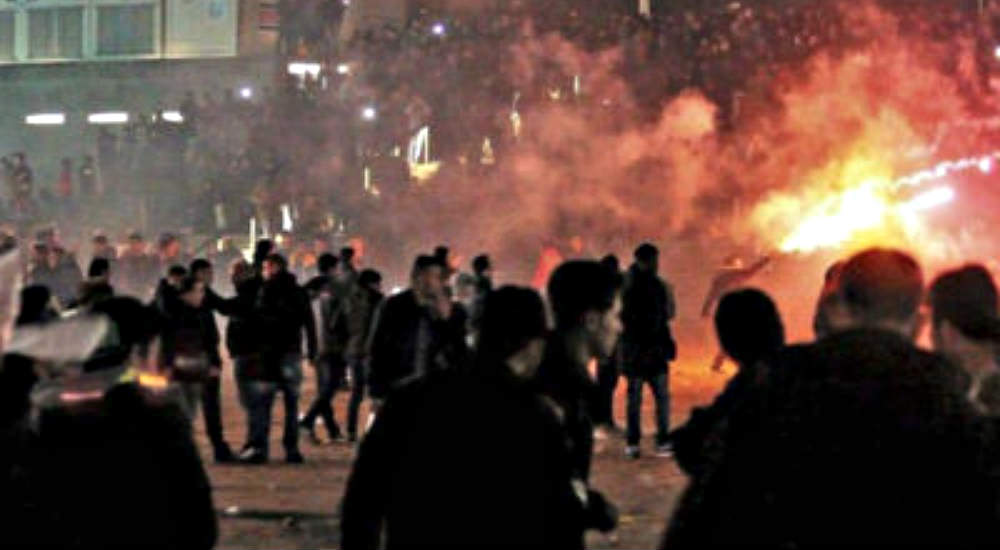 The American media is maintaining a blackout on Islamist attacks by the Jihad around the world.

If you’re not reading Pamela Gellar’s “The Gellar Report” and Robert Spencer’s “Jihad Watch” then you are living in ignorance of the truth about the evil that is Islam.  Jihadis in Europe and America are invading and conducting Muhammad’s Jihad in accordance with the Koran by infiltrating, attacking, and terrorizing the locals.  When the locals are incited to respond they are declared to be “insulting Islam” and sentenced to death by Jihad.  Europe’s governments have been complicit while under the boot of America’s Moslem president that the USA stupidly elected to be leader of the free world.  This is the result of Obama assisting Islam to invade under the guise of being displaced by wars he funded and enabling the Jihad to be reignited in our lifetimes to once again be a plague on humanity.

These self-brainwashed fanatics are invading and attempting to destroy the Christian West that has fallen from God’s Grace by following atheists and Islamists on the road to Hell.  Patriotic Americans know that the Islamists in America want to do the same things here and have been stopped thanks to the heroes who still love America in our law enforcement community.  Urge President Trump to eject these people and help our allies send them all back to their homelands where they live by their Sharia laws.  And pray God put down their Jihad and crush their death cult with the Internet spreading knowledge of freedom in Christ that is forbidden to them.  Islamo-nazis cannot be permitted to spread their hate and psychotic fanaticism into the hearts of the innocent.  The only thing Christians should offer Islam is the Word of Christ.  Jesus never said to love Satan.

Read and learn about Islam and Jihadis this New Year here:

Jihad in Europe on NYE

To celebrate NYE with the Kuffar is to embrace their idolatry

UK axes Brit for declaring the truth about Islamists

Prince of Wales tells Britain to think of Muhammad this Christmas