The NRA and the 5 Million Americans Hillary calls her “Enemy” 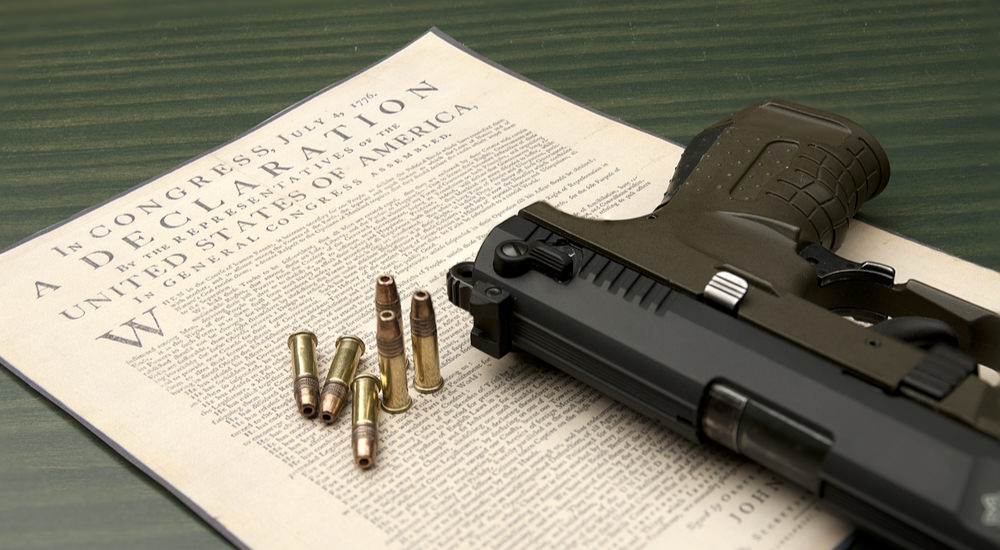 I just read another article on Hillary Clinton’s plans for undermining American’s right to bear arms and given her own 30 years of government protection I’m disgusted.
This is a person who hasn’t had to drive a vehicle, is escorted everywhere she goes and is protected by…you guessed it, a cadre of Secret Service people who are armed with…(gasp!!!) GUNS!!!
I’m wondering why it’s okay for her to be protected, why the same person who lied about Benghazi, emails, her husband’s predilection for and actions towards women, (the list as we all know is shockingly long), has the right to the very gun toting protectors that she’s been for years in favor of and attempted to deprive everyday Americans of.
We cannot let this candidate, who never should have been eligible to run to begin with given her acts while Secretary of State and also while Senator of New York, be elected. The list of what she wants to do is appalling and not satisfied with the over regulated gun laws already in place in some areas of the country she wants the following;

People must understand and spread the word that the utter hypocrisy practiced by Hillary Clinton, by no means just in this area, needs to be shown for what it is in the light of truth; an attack and utter disregard for the People’s Second Amendment rights while she has been protected, by our tax dollars no less, for the past 30 years.
I think it’s enough attacking those of us who adhere to the Constitution and we must do all we can to protect the rights provided by this founding document.
Anything less than that is giving up being an American.
Note: some information on plans by HRC was from ‘America’s 1st Freedom’ magazine and the NRA.