Nothing to Fear but the People Themselves! 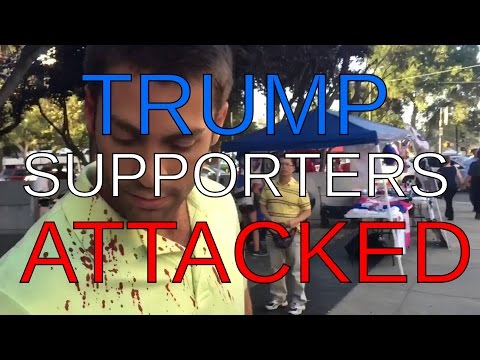 President Kennedy once said “We have nothing to fear but fear itself”. Well in 2016 if you attend a Trump rally you had better be prepared to be pepper sprayed-punched-knocked to the ground and egged by the so called protesters- who have their right to freedom of speech. The recent protest and violence in San Jose is just another example of a increasing escalating civil disobedience that has now occurred in Chicago- Pittsburgh and in Las Vegas at Trump rallies.

The Police have a very difficult job and daily put their lives on the line to protect and serve our great country. The Police had better be prepared for riots and violence at the upcoming Conventions in Cleveland and in Philadelphia too. Both cities had better have thousands of National Guard staged on the perimeter if the cities to quickly respond to violence and rioting.

The Police had better be in riot gear and be prepared for pepper spray.

The Police will need to arrest, imprison and prosecute all people who disobey the Police to prevent rioting and looting from occurring!

My favorite political quote is “ACTION will define YOU” it is time for ALL leaders of both parties to publicly state daily that civil disobedience at any political event will result in arrest-jail and prosecution for ALL who disobey the Police or attack another person!

I look forward to all three Presidential candidates in declaring their support for the rule of law and that the security of American citizens attending a political rally will not be jeopardized and that our Police will also be protected-supported!

Both cities of Cleveland and Philadelphia had better prepare for the worst and allow the Police to arrest, imprison and prosecute anyone who disobeys their request or attacks anyone else.

God bless America- and Benjamin Franklin told a citizen who had asked what type of government does America now have- and He replied a Republic-IF you can keep it. Yes- their is a fight to restore our Republic occurring in America and the Police need to be allowed to hold accountable people who disobey or disrespect authority by arresting-jailing and prosecuting!

I would suggest the Police look into using the skunk spray used by the Israeli Military-Police in controlling violent riots. You tube “Skunk spray Israeli military-Police” to view their effective control of violent/civil disobedience.