No WMD’s, No Big Deal 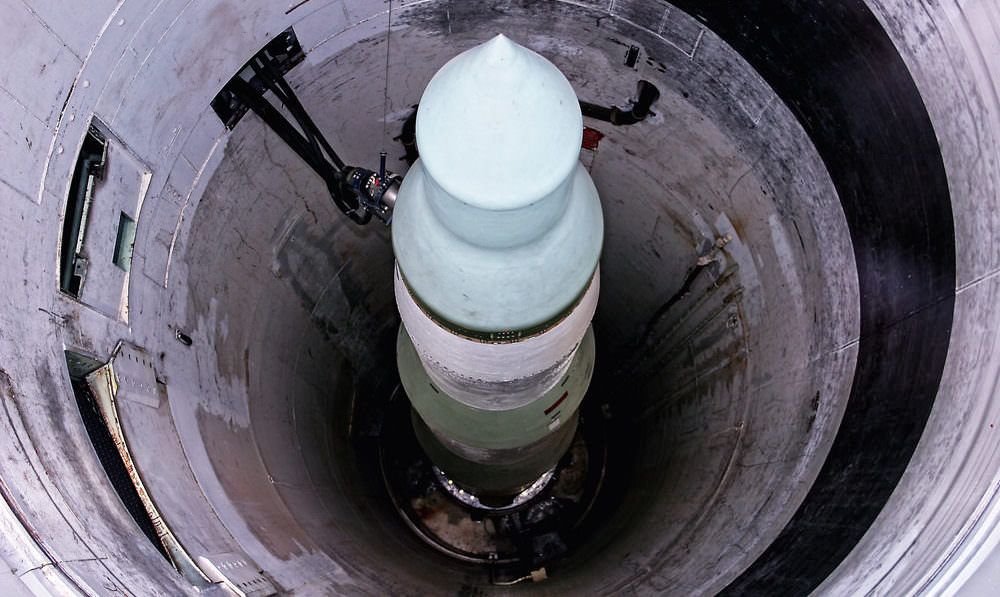 Let’s suppose for a moment that a country (like Iran) with a fanatical leader that has been known to lie and threaten extermination of nations issues a statement that they have no intention of building or dispatching a nuclear weapon.  What would be a rational response?  Certainly skepticism as to his veracity comes to mind.  Now to carry that skepticism a little farther, let’s suppose we are suspicious that nuclear capability is progressing although we do not have hard proof.  Since we are not sitting in a court room with the burden of proof on us as prosecutors how important is it that we give the fanatic the benefit of the doubt?  If we only act to defend ourselves or our allies if we can conclusively prove that a country has WMD’s and will definitely use them in an aggressive manner, we can never act preemptively and can only act after we have been attacked.  The attack proves intention but it does not prevent the killing of innocent lives.  And this I submit is the government’s primary function,to protect the lives of it’s citizens.  The government created by its citizens to protect their individual rights is expected to fulfill this obligation and it cannot do so if it must carry over the legal propriety in protecting its citizens to dealing with a nation that potentially could wipe out the proprieties along with the nation itself.  The United States does not owe our standards of proof to those who we do not trust.  Our system relies on an oath of honesty and this we know is not what we can expect from those who will not submit to inspections.  Sure they may not have what they want to have and are willing to pretend they have, but unless they are willing to show us what they do have or do not have, we have little recourse.

This cry for proof has been a cry for the impossible and the irrational.  If we would have had proof it would have been easy to target the locations and eliminate them.  But what we had was a strong suspicion that Saddam might have WMDs.  With Iran we have more than a suspicion that they are intent on enriching uranium and that their leader is willing to threaten the extinction of Israel.  Because Saddam lied is no reason to give Iran a pass.  If the world realized that our suspicions were not something we were going to ignore the would be tyrants and conquerers would consider long and hard before they instigated a threat of military or terrorist action against us or our allies.  Our current position is trending toward such a timid approach to confrontation with our enemies that we are giving them the impression that they have time to show us otherwise.  This may be all they require to hit us with an attack that will leave us reeling.  We should be smarter than that.  An athlete doesn’t wait for his opponent to score and then respond, he begins by trying to score and score repeatedly until the contest is won.  Likewise our foreign policy should follow this principle.  If you want to win, don’t give your enemy any advantage either before or during an encounter.  It is totally naive to assume that nations enriching uranium and issuing threats are going to suddenly change their course via persuasion or diplomatic bribery.  If they threaten what is to prevent us from returning the treat and if necessary following up on it.  Now when we receive a threat we downplay it as something we can talk away.  This hasn’t happened nor will it happen.  People who are willing to recruit and send their followers to suicide in the name of conquest have no concern about the good intentions we are attempting to portray to the “world”.  Once they make a successful attack you will see dancing in their streets whether or not it was an honorable attack or not.  Japan, a country that talked heavily of honor, pulled off the most cowardly attack in history.  The words of the tyrants are not to be treated as insignificant nor gospel.  Eternal vigilance requires a suspicious attitude when confronting foreign adversaries.  Their doctrines indicate their intentions and since they are not interested in rejecting these doctrines we must not surrender our lives and country to that which we know they are capable of.

The answer is really quite simple.  Answer every threat with a bigger threat.  If we are threatened we need to point out that we will not dismiss the treat but prepare for all out war.  If our citizens are captured and held hostage that is an act of war.  If weapons are being pursued that could endanger our citizens or our allies ,that is an act of war.  We need to define the initiation of war as any action that initiates any force or threat of force against us.  When we receive these threats we need to point out the consequences.  Just as a boss’s bottom line to a subordinate is the loss of their job for ill behavior so should our nation warn the threateners that the bottom line is war and we will begin immediately to prepare, with a full outline of the consequences should we prevail which we have every intention of doing.

No nation should arise and let its tyrants pursue slavery of its citizens, threaten its neighbors or its perceived “ enemies” with impunity.  We have let this happen and the boldest of the tin horns have attempted to show how defiant they can be to our wishes to be left alone and at peace.  We need to change this attitude.  We need to let it be known that bullying is not something we as the strongest nation of earth are willing to tolerate.  We built this country on the supremacy of individual rights and we mean to defend them from all quarters , foreign and domestic.  Only when the bullies understand we will not tolerate their behavior will we have a truly lasting peace.  Enforced by a police action that shows no mercy for tyrants and threats. Just as law enforcement must take a hard line domestically to be effective so too must our foreign policy reflect this same attitude.  WMDs or not we will not be cowered.