No Down Syndrome Babies Born in Iceland–All Aborted! 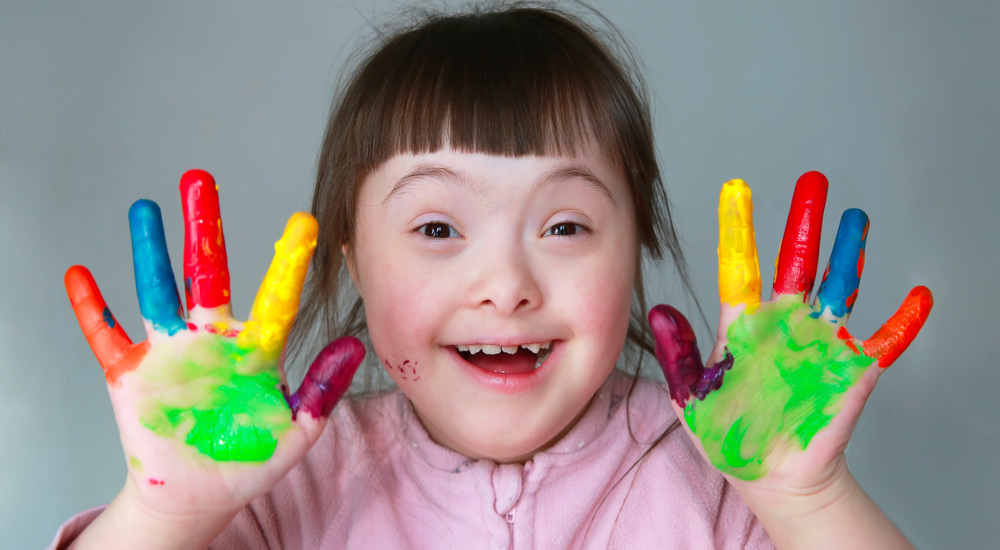 Before getting into the details of this shocking piece, let me begin with a personal proclamation: I actually pity those who have never known a person with Down syndrome–what ever their age. Those who have not, have missed out on a wonderful experience indeed. And that is accompanied with lots of love.

These are the most loving people anyone could find on earth. Indeed, they see only the best in everyone they meet. Their minds are so pure that I doubt that they are capable of even thinking about evil.

At first glance, they look a bit different than others, then the beauty begins to emerge. That beauty can only be discovered by those who have a pure heart. But there are people who are driven only by the cosmetic good looks of anyone they meet which is the magnet that draw them. The heart doesn’t matter, just knockout good looks. How shallow.

Yet because those with Down syndrome do look different and have the mind of an eight or nine year old, many are rejected,, with the hardhearted avoiding them altogether. But even with a limited menatl ability, they are very dependable. Many work at jobs in grocery stores, retaurants and even helping as clean up crews in college cafeterias.

I saw a group of them sitting in a restaurant, having seem them earlier cleaning up the cafeteria after lunch at Los Medanos College in Pittsburg, California. Stopping at their table I complimented them on the fine job they did earlier at the cafeteria. They all broke out in the sweetest smiles one could ever see.

They were delighted for being recognized for a job well done. They are all so very appreciative. And they are happy with their lives.

*99% of people with Down syndrome are happy with their lives.

*97% of people with Down syndrome like who they are.

*96% of people with Down syndrome like how they look.

*AND THIS IS REALITY.

Statistically the vast majority of people with Down syndrome are happy, satisfied, and affectionate members of society–something that couldn’t necessarily be said of people born without the disability.

Yet, there has been a madness sweeping through the “me first” society we live in that causes many women, who learn their baby in the womb will have that condition, panic, and arrange to have the baby painfully aborted. I say painfully since the heart of the baby in the womb begins to beat shortly after conception and their nervous system develops, meaning they can feel pain.

And how is a baby aborted? A scissor like instrument is inserted in the mother’s womb, where it tears off the arms and legs of the baby and lastly its head. And the baby, not a fetus, but a BABY feels everything and silently screams and twists in agony.

Iceland now has a dubious distinction that 100% of Down syndrome babies are aborted in that country. Meaning none are born there. Yep, everyone is pure. The Iceland Government has not ordered this as law, but they have tacitly encouraged it.

Denmark is not far behind Iceland, aborting about 90% of those babies. Great Britain is a supporter of these abortions as is of course, The United States. CBS TV that is headquartered in the U.S. stated on the air that Geneticist Kari Stefansson said, “My understanding is that we have eradicated all births with Down syndrome here in Iceland.” And this news item was reported in a celebratory manner.

In the U.S. the main reason for abortion is that the baby to come is simply inconvenient and could hamper the party life of the accidental mother and father. Besides, with this generation, nobody wants to take care of anyone except themselves. This is what the “Me First” generation has brought.

I find it extremely difficult to see the cruelties of the so-called human beings. There was a time that children an adults with Down syndrome were put into insane asylums. There is nothing insane about any of them. They just have a limited mental capacity. This would mean that all 4th, 5th and 6th graders should be in mental hospitals.

Years ago, someone very close to me worked in the California State Hospital system. She told how these gentle people were mistreated and deliberately caused pain and horror. When they were taken to the dentist, no pain medication was given while drilling their teeth or pulling a tooth. They would scream and try to get away when told they had a dental appointment.

This is outrageous! The ARE very much human beings even though the savages in those institutions don’t seem to think so and it might be added that those savages who would do such things are NOT human beings.

And for sure, they know nothing about God. Please allow God to guide your lives. Find a Bible believing church to be a part of your life for your sake and for the sake of others in your life. Now consider this:

“If there is no God everything is allowed.”–Fyodor Dostoevsky

A very pretty little girl, Mikayla Holmgren, who had Down syndrome wanted to compete in a beauty contest. She was told that would never happen. “A beauty contest is only for BEAUTIFUL people,” the staff member told her coldly, “You will never be beautiful..”

In the story written by Brandon Stewart for Inside Edition, Mikayla answered, “But beauty comes in every form.”

There was something that set her apart from the beginning. She was dancing when she was only six years old. She began competing in junior pageants and in  2015, she was crowned Miss Minnesota Junior Miss Amazing.

She didn’t win the Miss Minnesota State Pageant, but she received the Spirit of Miss USA Award and the Director’s Award. She made history while doing this. Mikayla is the first woman with Down syndrome to compete in a Miss USA state pageant. She then said this:

“I want to inspire people to get out and live their dreams. I want the whole world to see that I can do things that are hard and that people with Down syndrome are beautiful and talented.”

The executive director of Miss Minnesota, Denise Wallace, says she adores Mikayla for breaking through these barriers. Ms. Wallace then said, “Anybody that spends even five minutes with her knows that she is the right person to be the first to represent a community of people that need to see themselves doing something like this.”

Readers, please be kind to everyone you see or come across during your day. If you pass a homeless person, please don’t look away from them as though the do not exist. As you walk by, turn your head toward that person, make eye contact and with a smile say, “Hi” to them while continuing on your way. That will make their day since that little gesture shows you recognize him or her as a human being.

And again, our sincere thanks to Brandon Stewart, the writer of the original story of Makayla.

Please be kind to every living creature you see. That means two legged ones and 4 legged ones. A better world begins with each of us.

Oh yes. Earlier you were told about the friend I had who worked in a state hospital. She loved the Down syndrome patients she worked with and took them on field trips in her SUV. She once took them to see Dolly Parton who did a show in that city. That all sat in front near the state. Ms. Parton saw them sitting there and during intermission came down off the stage to visit them before the second half of her show. This writer will love that woman for life after learning this.