No Mr. President – Not Even You Can Create Peace 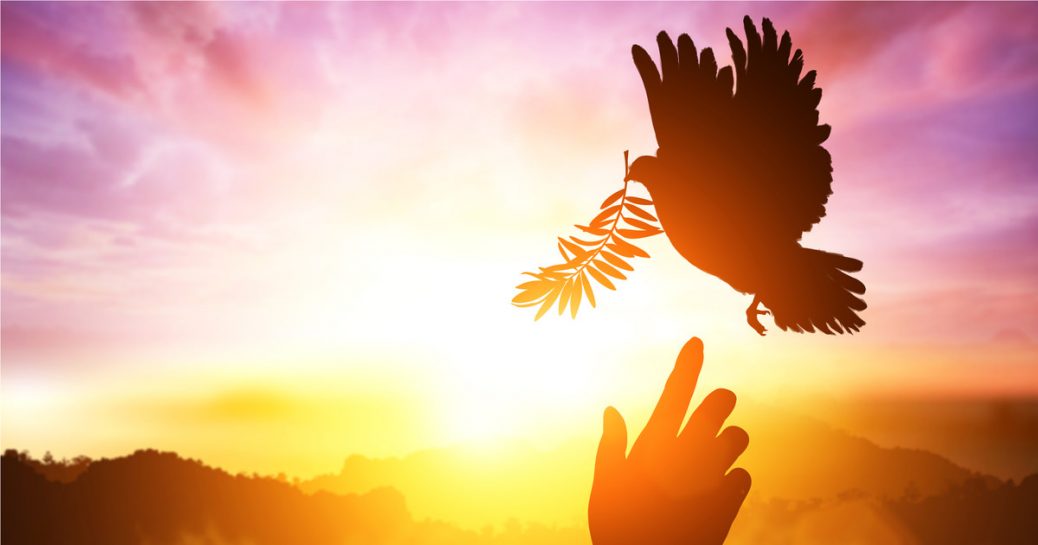 I have to say that I’ve really tried my darndest to support the President. I’ve congratulated him on his accomplishments and have even held back (well mostly) at blasting him when he appears to fail. Mostly because a lot of his supposed failings come from having to compromise with the lazy, shiftless Republican cowards in Congress.

But foreign policy is a President’s purview. Unlike the domestic side, the President is to be the tip of the spear when dealing with other nations. So far Trump has done a pretty good job, refriending Israel, meeting with the Chinese leader and taking a much harder line on Syria, Russia and North Korea.

But then he goes and invites Palestinian President Mahmoud Abbas to the White House. Like Abbas is some sort of real President. That’s a hot one. He’s simply the latest Palestinian head terror facilitator. In that respect, he’s no different than was Iraqi dictator Saddam Hussein, who paid terrorists and their families.

In 2002, Fox News reported, “In Tulkarm, one of the poorest towns on the West Bank, a member of the Palestinian Legislative Council handed out the checks [totaling $25,000 each] from Saddam.

The payments have been made for at least two years, but the amount has suddenly jumped up by $15,000 — a bonus for the families of martyrs, to reward those taking part in the escalating war against Israel.”

“The Palestinian Authority’s [PA] legislation and allocations of monthly salaries and benefits rewarding imprisoned and released terrorists, and the families of ‘Martyrs,’ amount to $300 million annually. This financial reward clearly demonstrates the PA’s institutional commitment to sponsoring terror against Israel.” They accurately describe it as an incentive system to “kill Israelis.”

The Israeli arrest in 2016 of the Palestinian director of the “World Vision” aid organization in Gaza and official of the UN Development Program (UNDP) confirms this. The “official” was “diverting international assistance for humanitarian and civilian purposes to support Hamas terror activities.”

World Vision and the Israel-hating UNDP successfully diverts “about 1.1 billion shekels (around $300 million) every year as salaries to Palestinian terrorists in Israeli jails, continuing after they are released, and to the families of dead terrorists and other Palestinians who died fighting against Zionism.” They calculated that almost 30% of all foreign aid paid to the PA in 2016 went to

fund terrorism against Israel. Naturally, a lot of that “foreign aid” comes from the U.S. – to the tune of $4.5 billion over the last 20 years. We are funding terrorism as sure as if the Secretary of State was handing out the checks himself. How stupid are we?

Yet there was President Trump, telling the entire world  that, “We want to create peace between Israel and the Palestinians. We will get it done. We will be working so hard to get it done. I think there is a very good chance and I think we will. It is something that I think is frankly, maybe, not as difficult as people have thought over the years.”

Let me state for the record, as hundreds, if not thousands have before me: there is no diplomatic solution to the Israel/Palestinian problem – and neither President Trump, nor any other leader will be able to facilitate peace through negotiation. One can never “create” peace when only one side desires it.

So let me end with this little nugget – one you have likely heard before. What will happen if tomorrow, every person in the Palestinian territory, the West bank and Gaza, laid down their arms and simply walked away, vowing to fight no more? Answer: there would be peace beginning that day.

Now what will happen if every Israeli did the same – laid down their weapons and vowed never again to fight? Answer: they would all be slaughtered and driven into the sea – every man woman and child – including those transitioning (sorry – I couldn’t help myself). Every Synagogue, place of worship and Holy site would be desecrated and blow to bits.

And on their ashes would be built such a grand Mosque as to make the Pharaohs of Egypt jealous. Enough said.