Why Nickels and Pennies Worry the Government 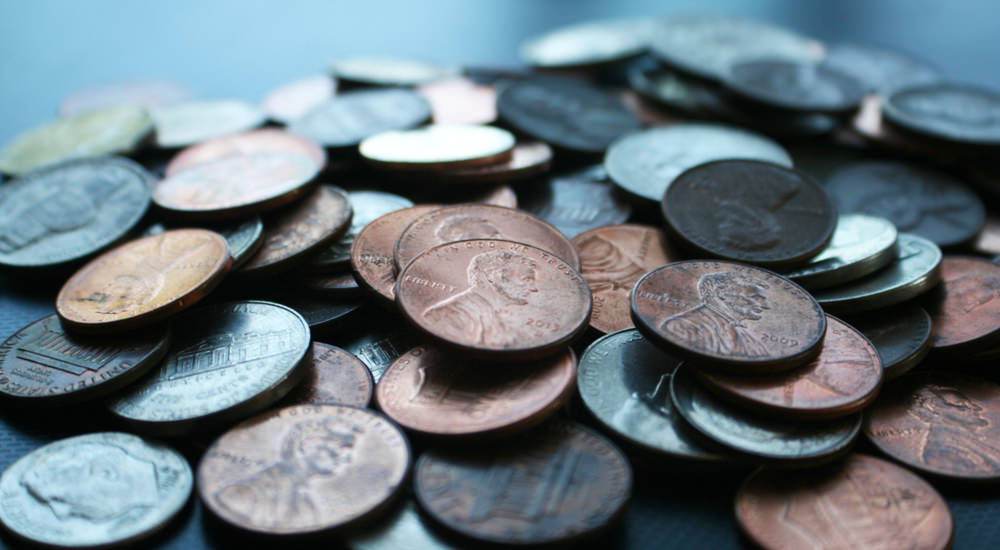 It is now unlawful to melt down nickels and pennies because they contain metals that are more valuable as raw metal than coinage ( collector’s rarities not included ).  How did this occur and who caused it?  You could have melted down nickels and pennies a few years ago and nobody cared.  Why?  It all has to do with the government monopolizing the minting and distribution of coins.

How is it that a penny could increase in value yet be a danger to the government? Well as prices rise in general and inflation continues to exist, commodities that are used to make things such as coins and copper tubing will respond to greater demand  and oodles of printed money.  Just as other metals become more valuable under inflation ( have you checked the price of gold lately?), eventually the cheaper metals chosen for coinage catch up.  Notice that cheaper made money is always a hallmark of a country that is willing to allow inflation to persist. You can see how convoluted this method of currency could become simply by adhering to the controls the government inflicts.  If the value of copper became high enough the penny could be worth more than a dollar.  This is where real value interjects itself on the fiat money of government.  So you will see cheaper pennies and nickels made from the cheapest metal ( or plastic ) or you will see the disappearance of these coins altogether by governmental decree.  The value of the ingredients in money are a barometer of the state of loss of freedom in a country.  Government that is in favor of liberty begins with valuable ingredients in its coins derived from the earlier multiple moneys of private banks who had to establish their reputation by issuing money that could be trusted and appealed to the customers.  But in a true government pattern of deficit spending requiring some way to cover their excessive spending, the politicians turn to their monopoly of currency production to offer cheaper and cheaper coinage.  To the government a coin is a coin because they say so.  But this is only true as long as the ingredients do not exceed the value of the denomination.  The government doesn’t allow general coinage circulation or any competition so they can dictate what a coin is even if it doesn’t contain very much actual value.  Where the system falls apart is when the ingredients become worth more by themselves than declared by the government.  When that happens the government must declare the extraction of ingredients illegal or cheapen the coins or eliminate them.  This is why the government must be limited to only individual rights protection and not allowed to meddle in private commerce.  They cannot avoid the mechanism of the market no matter how much they pretend they can.  They can only impose artificial values just as they often try to do with wage and price controls.  The way of a government controlled economy is the way of disruption in prices and values constantly requiring new laws and adjustments  which leads to eventual collapse.

A country that has any willingness to allow inflation to persist is a country that is eventually going to debase its currency to worthlessness.  Examine the history of nations that have entered into chaos and decline, and see if the value of money didn’t lead the way.  A stable government requires a  stable currency but it cannot provide one by dictate.  The market is not controlled by government and attempts to do so have inevitably led to black markets, shortages , rationing and corruption.  But politicians believe they can declare what is beyond their reach.  And many of their constituents support the nonsense that the answer to more prosperity is via government favors.  In other words there is too much encouragement to point guns at citizens heads instead of offering values to be voluntarily accepted on a competitive basis.  The maggots that would rather rely of political favors than openly compete are contributors to the corruption that evolves.

As has been pointed out before and should be pointed out at every opportunity, the methods for government solvency lies within the government itself to limit its functions and therefore its ability to bankrupt the country it has been hired to protect.  The government is not the country by itself.  It is merely a necessary ingredient that must be limited in function.  Like a coin that is bloated with value beyond its objective worth, a government too can exceed its worth and will need replacement with a cheaper version when it threatens the country it has been hired by to protect its citizens.  The miniature scenario of pennies and nickels prevented from meltdown is a preview of the agency that has artificially controlled the worth of currency and its fate.  Everything has a fluctuating value in the marketplace and this applies to organizations that are hired to function in a certain manner.  When they fail to perform, their value diminishes and if uncorrected they lose their support and become obsolete.  This is why Nero fiddled as Rome burned.  Oblivious of what is going on our pompous politicians banter about expanding government intervention in the economy , piddle around with more laws to “adjust” money values and promise more entitlements.  It is now incumbent on the private citizen to stop melting pennies and nickels at the point of a gun. Incumbent on the government is the  avoidance of total meltdown by limiting its activities to protection of individual rights of its citizens by recognizing the gravity of their failure to get out of the business of business.