NFL Legend Jim Brown on Donald Trump: “I Fell In Love With Him” 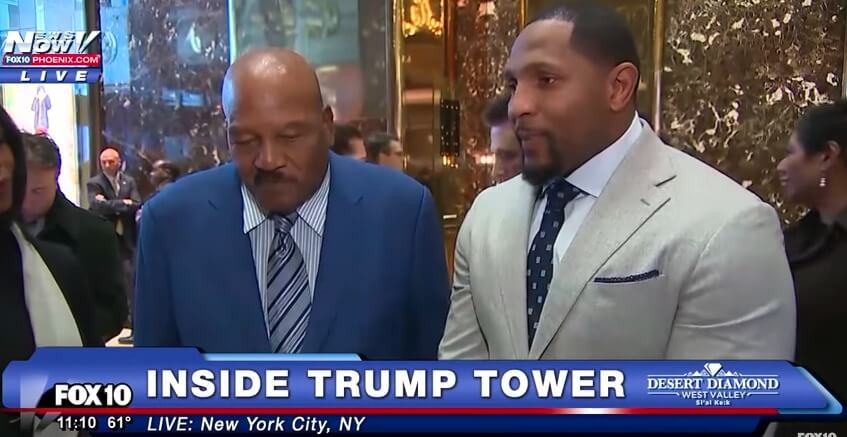 NFL Hall of Famer and one of the greatest football players to ever live, Jim Brown, recently met with President-elect Donald Trump to discuss his hope for helping resolve the problems facing America’s black community today. Brown came away from the meeting a believer and he appeared on CNN to explain why he thinks that Donald Trump is the real deal and should be trusted by the black community.

Jim Brown: We’re not bourgeoisie, we’re not above the people. But I feel in love with him because he really talks about helping African-America, black people, and that’s why I’m here…
Well, it isn’t really just about Donald Trump. It’s about him in the position he occupies. That position is considered the most important person in the world. The most powerful person in the world is supposed to be the president. When he goes through what he went through to become the president he got my admiration because no one gave him a chance. You know, they called him names. People that called him names when he won, he reached back and brought them along with him. He held no grudges. So who am I to say I played quarterback when I played running back? I don’t know everything and I don’t try to address everything, but the reception that I got today from him I will always remember that because he listened to us and he knows that we can bring something to him to help the people of this country.

You can see video of Jim Brown and Ray Lewis at Trump Tower earlier in the day below: