Next Discussion on “The View” – Will Joy Behar Hear the Voice of God? 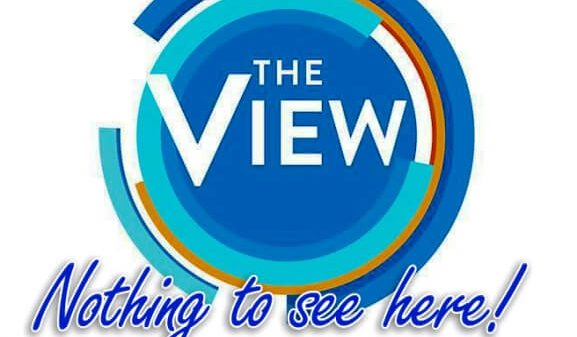 After a half century of teaching eschatological doctrine found in the Bible I was not too surprised to hear of Joy Behar’s recent comments about Vice President Mike Pence.

Years ago I began to tell students of second coming doctrines that at the beginning, those who become militant about their secular world view will begin to accuse Christians of mental disorders. The first people jailed under the coming antichrist, will be held for their own protection as mentally deficit.

Not long after that they will be jailed under mandate of the world’s last dictator. By then, using the pretense of “mentally unstable” will no longer be necessary. Elimination is what scriptures say is next.

Besides a full video of The VP’s reaction to Behar’s comments found in westernjournal.com, Senior Editor Billy Hallowell of Faith Wire.com posted an article entitled “Mike Pence Reacts to Joy Behar’s Claim That It’s a Mental Illness to Believe ‘Jesus Talks to You’” on February 14, 2018. The article contains Vice President Pence’s response to Behar’s comments and they are not flattering. Mr. Pence says Behar has insulted millions of Americans who hold the Christian faith dear.

Hallowell writes, “Vice President Mike Pence hit back at “The View” one day after host Joy Behar said that it’s essentially “mental illness” to believe that “Jesus talks to you” and co-host Sunny Hostin added that she’s not so sure she wants her “vice president speaking in tongues and having Jesus speak to him.”

He added, “Pence told Axios’ Mike Allen on Wednesday that he heard “ABC has a program” that compared his faith to mental illness, before accusing the network of allowing a forum that mocks the faith tradition of millions of Americans.”

For centuries men and women of the Christian faith have claimed a personal relationship with Jesus Christ in which they can by various means hear him speak to them.

Starting with his Word (the bible) and following that, subjective impressions, sometimes it may just be an urging on the heart. But in the end, even if it was an audible voice in the common language of the hearer – who has the right to mock?

Jesus said that the Holy Spirit, which all believers have inside of them, will be reminded by that same Spirit of the words that Jesus has spoken. But he didn’t stop there. In fact, he said clearly that he would reveal future events as well. To wit:

“Howbeit when he, the Spirit of truth, is come, he will guide you into all truth: for he shall not speak of himself; but whatsoever he shall hear, that shall he speak: and he will show you things to come.” (Jn 16: 13)

“Let us therefore, as many as be perfect, be thus minded: and if in any thing ye be otherwise minded, God shall reveal even this unto you.” (Php 3: 15)

If only God had access to TV and other media in the ancient days of old – he may have been spared. But alas, it is too late; the enlightened clay must now tell the potter that if he exists, he has been demoted to the level of a non-speaking God.

The “everything from nothing” crowds all of them Darwin’s trusting children; have decided that this one moon shot generation has evolved far enough along to finally dismiss all the God nonsense and raw stupidity about spiritual matters.

The warm glow initiated by all this enlightenment slams into a sudden freezing blast according to the bible. Because they cannot differentiate between the supernatural and the Divine, they also cannot discern that everything spiritual does not emanate from God.

Many supernatural phenomena emanate from the god of this world known as Satan. We feel compelled to tell them that, Satan also speaks to man, and they full well listen to him on a regular basis. He is both a liar and the very father of lies. (2 Corinthians 4:4) (John 8: 44)

How odd does it get? They insist God does not speak to us, but we insist that their god does speak to them, and like us, it is clear that they listen to him. Seriously, does this give us the right to say that they are mentally deranged?

Those chosen to inform the world of today’s trendy and ultimate enlightened declarations have been fated to deliver their news as a band of cackling liberal hens on a day-time TV program that they probably think God should be banned from watching until he learns how to stop lying about speaking to people like Mike Pence.

Darn, why didn’t God come on the scene sooner or at least when we started with radio? Maybe then we could be sure he speaks, and could explain it all on the next showing of something akin to The View!

Not every Christian hears God speak audibly, but millions of believers know when God impresses them to do, or not to do, something. Many times it is just a certain level of peace, or the lack of it that is the means of guidance.

Others may have dream, some have visions and yet others may actually hear him speak in an audible manner.

This writer has seen all of the above, and it seems more normal than not, to hear the voice of the one who made man’s mouth.

Sometimes it is very personal like the time God gave me the name of my new employer about one hour before I met him. The details are in the following article.

At other times I have seen and heard events that have to do with the entire nation or the world, as in the following.

It Wasn’t God’s Voice I Heard – It Was Yours

In the above vision I heard indirectly (by angelic) messenger from God, but also very directly from people across the entire globe – people very much like Joy Behar.

I have lived my life and conducted my ministry on the basis of an adage given to me by my former pastor Dr. Richard Land about 45 years ago, Richard said, “A man with an experience is never at the mercy of a man with an argument.” What that means to me is that if someone is saved, or quickened by the telling of my vision I am deeply thankful for the good it has done. If they don’t believe a word I say – I cannot take it to heart and slow the work – there are others in waiting.

Behar may belong to some religion or not, but it is certain that she too will one day hear the voice of the Son of God. It is an immutable promise spoken by the Lord to everyone upon the face of the earth. No one will mock when they hear this voice.

“Verily, verily, I say unto you, The hour is coming, and now is, when the dead shall hear the voice of the Son of God: and they that hear shall live.” (John 5: 25)

Immigrant bought land where he crossed the border illegally, allows others to do the same
May 15th, 2021 Liberty Unyielding