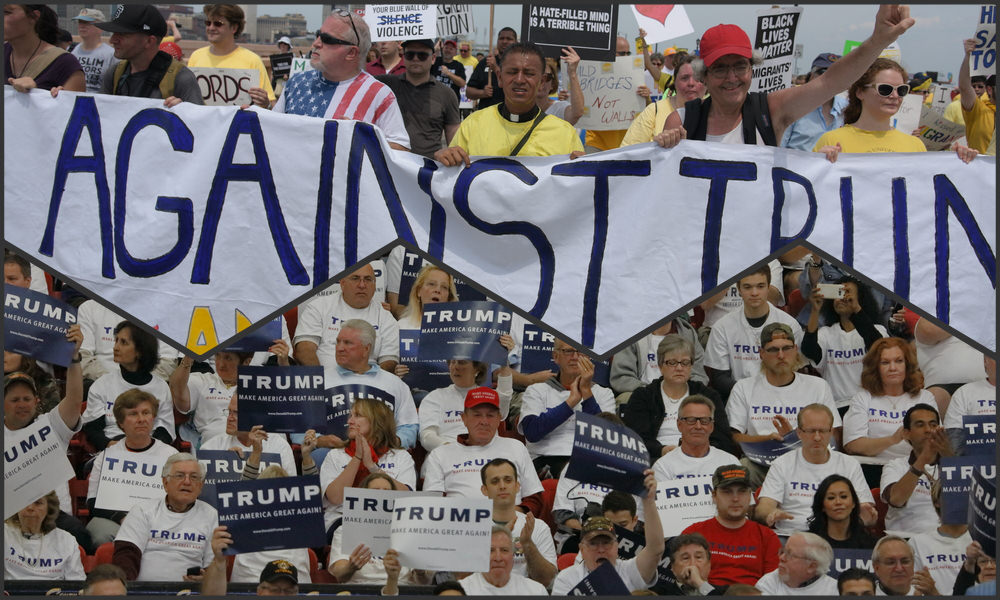 Over the last few days it has become clear that there is absolutely NO chance that we can take a cautious step back and breathe a little easier between now and Inauguration Day!

The Left is still determined to “anoint” Hillary regardless of the cost or resulting damage to American. In fact it now seems obvious to me that Trump’s win actually fits right in with the Left’s plan to “fundamentally change America”, even if it has to be done with violence. There are just too many things happening now to deny it.

To begin with we had “instant” protest that became riots immediately after the election results were announced. These protests were organized by paid protestors who for the most part did not live where they were protesting and did not vote in the election. I saw a protest leader in Chicago being interviewed on camera last week. When asked if he voted he said, “No, there is nothing to vote for in this country”. REALLY? According to some of the protest organizers the protests will continue and grow in size, and violence with the intent of disrupting the Presidential inauguration (unless they can succeed with their plans to “anoint” Hillary). However, the protests are nothing compared to everything else that the Left is doing.

Jill Stein, the Green Party candidate, with lots of help recently began to demand a recount in key states.
However since no one could point to any evidence of voter machine tampering there is no justification for a recount. Consequently anyone who asks for a recount in a specific state will have to fill out the necessary paperwork, before that states deadline, and pay for the recount. Jill Stein actually held a press conference and acknowledged that “experts” could not find any evidence of voter machine tampering but insisted they wanted recounts to assure future elections were fair. Remarkably her group suddenly got $6 million in “donations” so she could formerly request recounts and pay for them. Amazing that $6 million just appeared in her group’s bank account!  And now the Clintons have publicly announced that they will join this recount effort.

Unfortunately the recount effort is by no means the biggest threat to the election results. There is another organized and well-funded effort to change enough Electoral College votes to keep Trump out of the Whitehouse. These people have two websites up and running and are actively working to get Electors that are committed to Trump to change their votes to Hillary. Two have already publicly announced that they are changing their votes and are making the rounds on TV shows, including FOX trying to convince other Electors to do the same. I am having more than a little trouble understanding how anyone could seek a slot as an Elector, take an oath to carry out their duties as the voters in their state desired, and then publicly violate that oath and work to encourage others to do the same thing. Unfortunately only 25 states and the District of Columbia legally require that their Electors vote like they were committed to do by the voters. Unfortunately the penalty for violating that law is a small fine, which I am sure Clinton supporters will be happy to pay for anyone who changes their vote to Hillary!

Elijah Cummings was one of the first to actively start this effort by writing a letter to the Government Accountability Office (GAO) demanding they audit the transition team because” it is in such disarray that it is probably misspending tax payer money”. And then Elizabeth Warren loudly and publicly joined in the efforts to demand that the GAO audit the Trump transition team’s work. These people want the GAO to waste taxpayer money and interfere with the Trump transition team’s work at a critical time because they think the team is in disarray?

In case you do not know their history these letters to the GAO and their public statements about the Trump transition team are typical behavior for Elijah Cummings and Elizabeth Warren. For example Cummings has a long history of “Abuse of Power” activity. He was one of the original members of Congress to demand, in writing that the IRS do something about the conservative groups that were applying for tax free group status during Obama’s first term. When an organizer of one of the targeted groups got a copy of his letter she filed formal “Abuse of Power” charges against him, which went NOWHERE with the current criminal Department of Injustice in power. Elizabeth Warren changed her personnel records at Harvard Law school to indicate that she was 1/32nd “Native American” so she could claim minority status. When a genealogist traced her history and could not find any Native American linkage and Warren was questioned about it, her only response was that she remembered her Grandmother talking about her Great Grandmother talking about their Indian ancestors. She also publicly blasted Trump for making money during the housing market crash. No surprise there, but she did the same thing! These are just two of the people actively working to destroy America and the next 50 days are their last best chance to do that.

We are also seeing and hearing loud complaints about Trump “conflicts of interest” because some of his family is involved in his transition team and because of his worldwide business interest, and he has not even been sworn in yet.

Obama just wasted many millions of dollars doing a world tour where he spoke publicly in every country he visited about all his accomplishments, and said he would not remain silent after leaving the Whitehouse when there is a threat to his accomplishments!  And we thought Jimmy Carter was a really bad past President!

About two days after the election it seemed to me like a majority of the people in America collectively “breathed a sign of relief” and said, “OK we can get on with our lives now”.  Maybe not……

Note to those of you who are still in “mourning” over the election results, I suggest you read this article http://www.onlymakessense.com/updated-november-28-the-collapse-of-obamacare-was-planned/, especially the update I added at the bottom.