New York Judge Rules for Polyamorous ‘Marriages,’ Sex with Your Children is Next 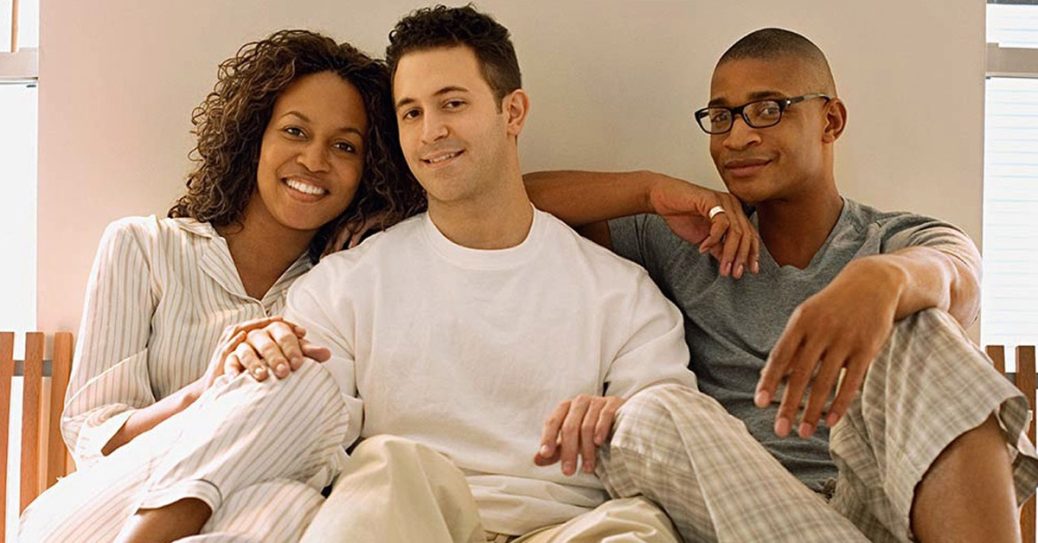 A judge in New York has ruled in favor of allowing polyamorous marriages and has placed them on the same level as two-person marriages.

All of that was a lie. They are 100 percent interested in getting the courts to legalize “minor attracted” sexual acts.

The story comes from a case where two men lived in a New York apartment, but were also involved with a third man. But the man whose name was on a lease died. And the landlord said that the other men didn’t qualify to re-up the lease in the rent-controlled apartment because they were not in a sanctioned, legal marriage/relationship.

The men disagreed and said they should be allowed to re-sign the lease cuz, you know, “Luv is luv, man.”

In her decision, Judge Bacdayan highlighted the importance of a previous case and asserted that the existence of a triad – no matter how they got along – should not automatically dismiss O’Neill’s claim to non-eviction protections.
see also
Sexologist Tamica Wilder opens up about living with boyfriend, husband and kids

“Before gay marriage was legalized in any state, Braschi v. Stahl Assocs. Co., 74 NY2d 201 (1989) was decided. The New York State Court of Appeals became the first American appellate court to recognize that a non-traditional, two-person, same-sex, committed family-like relationship is entitled to legal recognition, and that the nontraditional family member is entitled to receive noneviction protections. The Braschi court interpreted the Rent Control Law in effect at a time when there was no legal recognition of same-sex marriage, and broadly construed the law to effectuate its remedial purposes. Braschi is widely regarded as a catalyst for the legal challenges and changes that ensued,” she pointed out. “By the end of 2014, gay marriage was legal in 35 states through either legislation or state court action. Obergefell, et al. v. Hodges et al., 576 U.S. 644, 135 S. Ct. 2584 (2015), the seminal U.S. Supreme Court decision that established same-sex marriage as a constitutional right, was also heralded as groundbreaking. However, Braschi and its progeny and Obergefell limit their holdings to two-person relationships. The instant case presents the distinct and complex issue of significant multi-person relationships.”

In the case at hand, Bacdayan notes how changes since 1989 play a role, including changes to the definition of “family.”

She notes the law has rapidly proceeded in recognizing that it is possible for a child to have more than two legal parents.

“Why then, except for the very real possibility of implicit majoritarian animus, is the limitation of two persons inserted into the definition of a family-like relationship for the purposes of receiving the same protections from eviction accorded to legally formalized or blood relationships?” asked Bacdayan.

“Why does a person have to be committed to one other person in only certain prescribed ways in order to enjoy stability in housing after the departure of a loved one?” she continued. “Do all nontraditional relationships have to comprise or include only two primary persons?”

“Those decisions, however, open the door for consideration of other relational constructs; and, perhaps, the time has arrived,” Bacdayan said.

And there you have it. Even more of our societal mores destroyed.