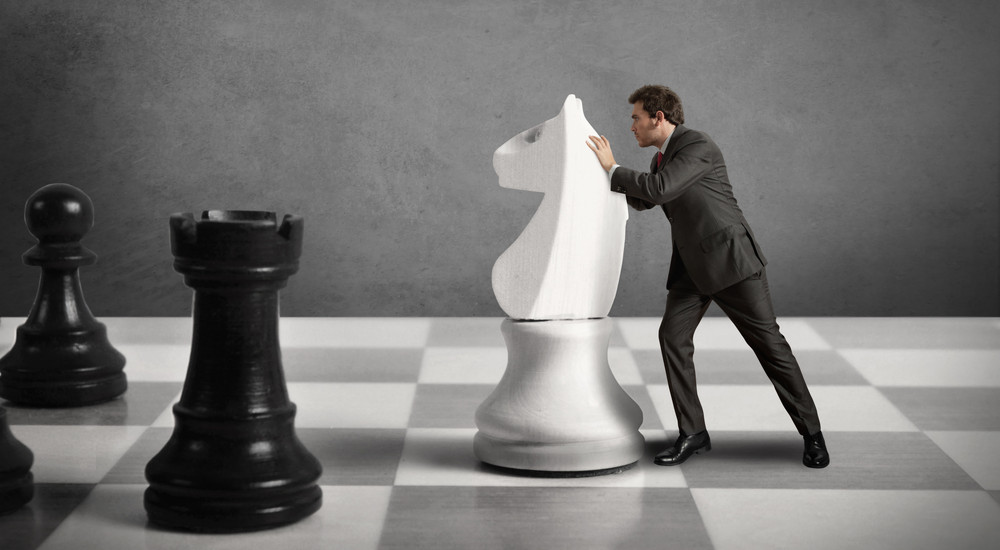 Let’s suppose Iraq was a powerful nation and threatened the United States with conquest.  If the situation were perceived as it was in the Second World War that we could be conquered, would we be toying with the idea that one billion dollars should be sent for rebuilding, that 20,000 troops should surge into the country to try to restore order for a splintered government and hoping that eventual withdrawal would solve our problems?  No the answer is obvious.  This is not how you win a war when the opponent is powerful and threatening and it is not how you win a war when you are fighting a barbaric inept nation of thugs. To win a war isn’t dependent on a proper strategy.   You must have an overall objective of well defined victory clearly stated and an expectation from your commanders that whatever their strategy is , you expect results consonant with the objective you have elucidated.

It is not the job of a Commander-In Chief to set strategy when fighting a war.  It is the job of the Commander-in-Chief to insist on total victory.  Total victory means unconditional surrender  by the enemy which means they will accept whatever conditions we insist on after they have lost the war.  They cannot be defeated and be allowed to leave in place the same conditions that started the war in the first place.  It was the mixing of Islam with politics that led to the rise of Saddam and the fighting among the various Muslim sects that caused the past and current violence, the desperate terrorist tactics and the bitter resentment among the various sects all wanting to have the political power to subjugate their opponents.  Unless we insist that religion and politics be separate as we did in Japan, there is no strategy that will change this situation.

What sense does it make to rebuild at America’s expense that which is being daily destroyed by an inept regime that we are supporting?  We assisted in rebuilding after World War Two but only after we had secured victory and established the kind of government we knew would work which was modeled after our Constitution that separates government and religion..  Putting a person in the presidential office who doesn’t understand this necessity for respecting the rights of the individual via ensuring the right to freedom of religion without government interfering and dictating, has granted this office the power to sanction religious based war.  Placing religion above civil harmony has opened a pandora’s box that has cost the lives of many Americans, led us into a burdensome national debt and divided the country.  This is all because no one and I mean no one in Washington is willing to face the fact that unless we separate religion from the government in Iraq we will continue to fight the same stalemate no matter how long we stay, what strategy we try or how much money we donate. The President said he wanted ideas from all Americans. I did not hear one ounce of dialogue discussing the separation of religion from the state in Iraq.  But how could some one who is trying to institute faith based programs via the government in the U.S. understand the consequences of such policies ?

We don’t have leadership in the United States coming from Washington anymore.  We have power hungry despots vying for a superior political position and forgetting ( if they ever knew) what kind of responsibility that power requires.  Power to indulge in whims and maintain or increase power is not what our government was created for.  Security for the rights of individuals is the primary responsibility of those in government.  Government in the United States was not established to monitor every movement of private citizens ( who by the way finance the government ) but to protect these citizens from the initiation of force by criminals and overzealous politicians. Leadership requires knowledge and the intelligence to understand the premises of our form of government, what is required for it to exist and what dangers to guard against both foreign and domestic to preserve it.  Dabbling in all sorts of nonsense like the safety of childhood toys or the ingredients in pasta pa zoo doesn’t require vast bureaus of drones checking on citizens to be sure they comply with regulations passed by Congress who have no idea what they voted for or why.  A President must be able to delegate and formulating war strategy should be delegated to his commanders.  And that strategy should only be directed from the objective and insistence of total and absolute victory in any war with any nation that threatens our security.  This is simple to understand if you know your job.  If all you want is the pomp and prestige of the office and have no idea what your job is after you obtain it then you cannot do the job you were elected for.  Recent Presidents and candidates have shown they do not know what the job is all about.  And what can be more boring than to revisit the same old bromides in the 2008 campaign?  A personal strategy for protecting the nation , its soldiers and its financial stability needs to materialize from the President before he approves ( read that micro manage ) a new strategy for Iraq.  Iraq is but a small skirmish in the war against the nations supporting and propagating terrorist warfare.  We are in World War Three whether we want to acknowledge it or not. The enemy and their allies are fighting differently than what we are used to but that doesn’t mean the war is any less threatening or can be won by stalemates. Name every enemy that indicates a sympathy for the killers and attack as appropriate, leaving no quarter and crush the creed that is behind the threats and attacks we endure.  Fight as though our very lives were at stake ( which they are) and above all win a decisive victory that will discourage the enemy from delusions of conquest.  Or watch our soldiers be picked of one by one by our misguided sanction and understanding of what war is all about.  There cannot be ,” a New Strategy” with out the fundamental requirement of victory.  Strategies can change.  The objective of victory cannot.  For the only alternative to victory is defeat.